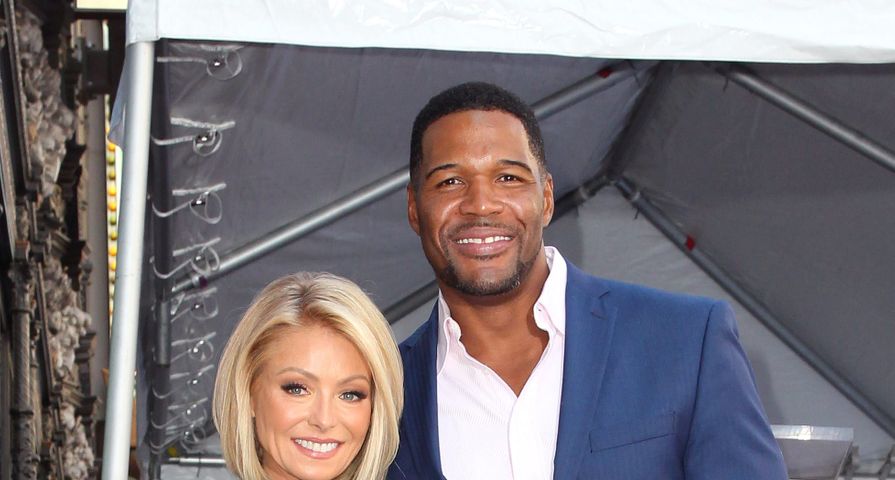 The news of Michael Strahan leaving the popular morning talk show Live! with Kelly and Michael has been all over the media lately. It’s been quite a shock, not only to fans of the show, but to co-host Kelly Ripa. The plan is to take Michael off the Live! talk show and move him over to Good Morning America. Each day that passes new things are being leaked about the controversial switch up, and with Kelly’s recent absence from the show, it’s clear there’s a lot more going on behind closed doors that viewers aren’t privy to. This list breaks down the 10 most important things to know about the Kelly Ripa Live! controversy:

10. Relationship Between Kelly and Michael

According to TMZ, Kelly Ripa and Michael Strahan didn’t get along that well. Despite being all laughs on set, off camera it was a different story. When the cameras stopping rolling these two weren’t as buddy-buddy as we thought. Sources of TMZ said Kelly always felt Strahan was disrespectful to her and had an oversized ego. Also, whenever he goes anywhere he brings a big entourage, which didn’t sit well with Kelly. We’re not that surprised Kelly might not like Michael because when Strahan came onto the show to replace Regis back in 2012 it was a huge change. Michael is nothing like Regis and so it most likely required some serious adjustment from Kelly.

9. This Isn’t the First Time Kelly Has Been Blindsided

It wasn’t that long ago the show was titled, Live! with Regis and Kelly. Viewers will remember a similar situation going down back in 2011 when Regis Philbin left the show. When that happened Ripa was informed of his departure only 20 minutes before their announcement on the Live! show. Why does this keep happening to Kelly? Apparently Michael didn’t give Kelly any warnings because he was under strict orders not to, as was Regis back in the day. It’s assumed they didn’t want anything to leak before the production company was ready to announce. Kelly wasn’t the only one who was blindsided by this whole thing — executive producer of the Live! show, Michael Gelman was also left out of the loop. The plan was constructed higher up the ladder, far above ABC. Apparently the whole thing was orchestrated by CEO of Disney, Bob Iger (Disney owns ABC, the production company of Live! and GMA).

8. Why Michael is Moving to GMA

It’s no secret that Good Morning America, while it continues to be the most-watched morning show, has experienced a drop in ratings. GMA saw a ten percent drop in viewers total and 18 percent of those viewers are in the 25 to 54 demographic which is the most important age group for advertisers. ABC executives feel that bringing Michael over to GMA full-time will help with the drop in ratings. Michael is expected to step into his new permanent position in September and will be receiving a much higher pay grade.

7. When She Found Out

According to an insider at the New York Times, Ripa was only told about Michael leaving the show minutes before the announcement went public. She was given absolutely no heads up and received the news basically at the same time as the general public. Kelly was called into a meeting after the show wrapped up filming on Tuesday alongside Live’s executive producer, Michael Gelman, and the general manager of WABC, Dave Davis. She reportedly waited in the meeting for about 20 minutes before Michael Strahan entered and delivered the news first hand. A source at US Weekly stated he “wanted to be in the room” because he “respects and cares about her.”

During the secret meeting where Kelly was informed of Michael’s departure, she got visibly upset. Surprisingly her anger wasn’t directed at Michael, but rather at Dave Davis. According to the insider at the Times, she said, “Didn’t I tell you this was going to happen? I told you two years ago this was going to happen.” Her reference of two years ago refers to 2014 when Strahan began making appearances on Good Morning America twice a week. She was spotted storming out of the meeting and reportedly feels “disrespected” and completely blindsided. We don’t blame Kelly for being upset, she’s been with the show for a solid 15 years while Michael has only been around for a mere four years. It’s also unclear if the long term plan is to move the Live! show to a later time and extend GMA to a three-hour show since viewers have become accustomed to seeing Michael during that highly coveted 9 a.m. time slot. This would surely anger Kelly!

A spokeswoman from ABC made a statement to the New York Times that there are no plans to end the Live! show and they will be on the lookout for replacements. The statement read: “Live continues to be a vibrant and enduring franchise under our lead host, the extraordinarily talented Kelly Ripa. Live has successfully transitioned co-hosts twice before and will do so again. Together with Kelly, ABC and the Live team will begin a new search to find a replacement for Michael.” Some people who are rumored to be in talks for replacing Michael are Anderson Cooper, Andy Cohen and even Neil Patrick Harris.

The next morning after news broke of Michael leaving the Live! show, Kelly was visibly absent. Despite her absence things were business as usual. She was replaced by actress and former Saturday Night Live cast member, Ana Gasteyer. There will be no show on Friday as it was pre-taped on Thursday with Erin Andrews filling in for both days. On Wednesday mornings show Strahan was forced to awkwardly address his upcoming departure and in his statement he really seemed to extend an olive branch to co-host Ripa. His statement went as follows: “Kelly welcomed me here, and I’ve learned so much from her, and she’s just been an amazing influence on me. And this has truly changed my life to be here with her. And I know that the show will continue to be strong and great, because with Kelly and Michael Gelman and the staff — everybody here is so talented, and this show has not been around for over 30 years by mistake. Kelly, I thank you. I love you. And everyone else here at Live.”

3. Spotted Thursday Morning in the Midst of Drama

After skipping out on Wednesday morning’s taping of the show, Kelly Ripa was spotted Thursday morning leaving her New York City townhouse with her husband and kids. If she’s upset about Michael leaving the show it was hard to tell because she was all smiles! This was only two days after she got the news that her co-host Michael Strahan was leaving the show. She was spotted holding a book by Malcolm Gladwell called David and Goliath: Underdogs, Misfits, and the Art of Battling Giants.

2. Indefinite Absence From the Show

We’ve all noticed Ripa’s obvious absence from the morning talk show ever since she got the dreaded news, and after the last minute no show on Wednesday morning it has been reported that she is taking a break from the show, and won’t be back until at least next Tuesday. It’s clear her leave of absence is because of the recent news, but it’s being said that she is leaving on vacation today for a long weekend to celebrate her 20th anniversary with husband, Mark Consuelos. A source (most likely from Ripa’s PR team) told US Weekly that the vacation has been planned for months.

TMZ reported that even Kelly’s threats to leave the show are falling on deaf ears. According to sources close to production, Kelly Ripa is boycotting the show and even threatening to quit, but nobody on the Live! team seems scared because she lives a very luxurious lifestyle that can only be supported on her hefty $15 million salary from the show. Just last year Kelly and her husband Mark bought a townhouse on the Upper East Side of New York City and also own a mansion in The Hamptons. Apparently these two love to spend money as fast as it comes and wouldn’t fair well downsizing to a more moderate lifestyle.