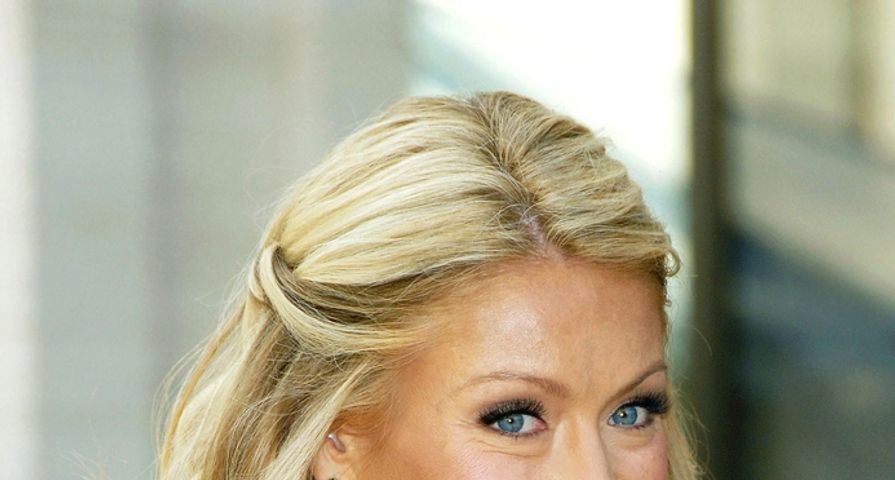 Kelly Ripa – the soap opera actress turned co-host – is the woman who can do it all. She has the perfect marriage with the perfect family and she’s had a pretty incredible career. Because we all secretly wish that our lives a little more like Kelly’s, here are 10 things you didn’t know about the talk show host:

When Kelly first moved to New York City after dropping out of college, her goal was to become a newscaster. 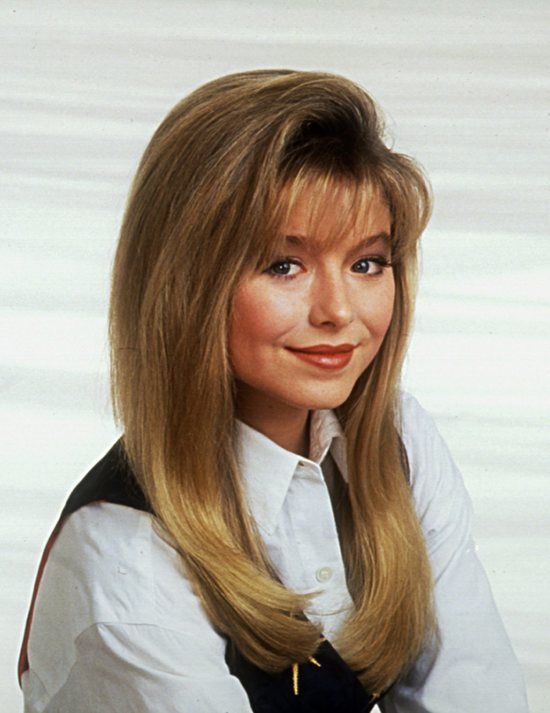 Her first job was on the reality show Dancin’ On Air. She was a dancer.

She’s had a crush on her husband, Mark Consuelos, since the day she met him on the set of All My Children. According to her, she had a dream about him the day she met him. “The next day I went up to him and, although I didn’t even know his name, I said, “I had a dream about you last night. We were married and had a little girl and were on a plane to Rome.” And he was like, ‘Oh, really?’ and walked away and probably thought about filing a restraining order.” 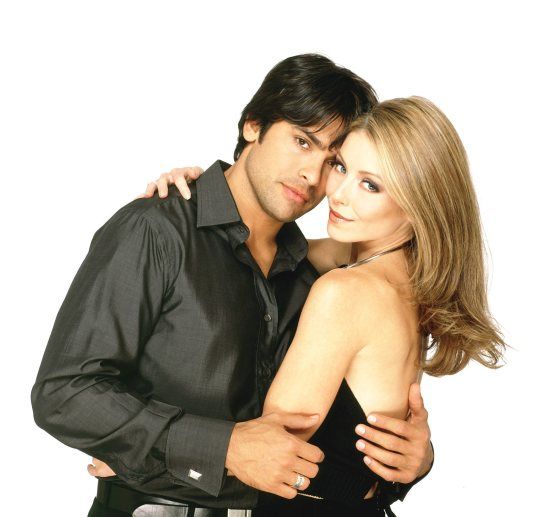 The talk show host was born in Stratford, New Jersey. Her mother, Esther, was a homemaker and her father, Joseph, was a bus driver turned labor union executive.

The talk show host turned television producer is a huge fan of the HBO show, Girls. “My friends and I are obsessed with it. To us, it’s something that feels so recent, but that was 25 years ago,” she said. 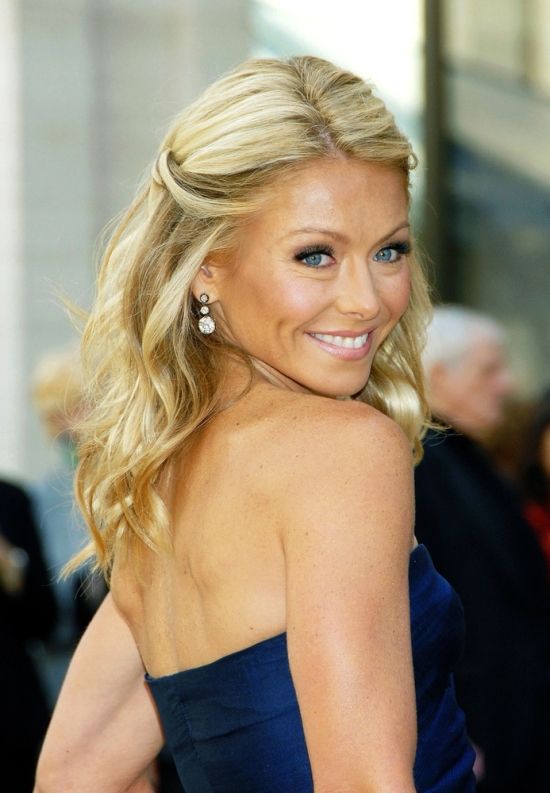 Her mother was against her acting ambitions when she was a teenager. “She worried that I’d either get my heart broken or live under a bridge,” she said.

The former soap star beat out Bernadette Peters, Valerie Bertinelli and Jane Krakowski for Kathie Lee Gifford’s role on Live! with Regis and Kathie Lee. On her first day of auditioning, one of the show’s guests included a psychic who announced on air that she believed Kelly to be pregnant with her second child. It turns out she was pregnant and she got the job anyway. 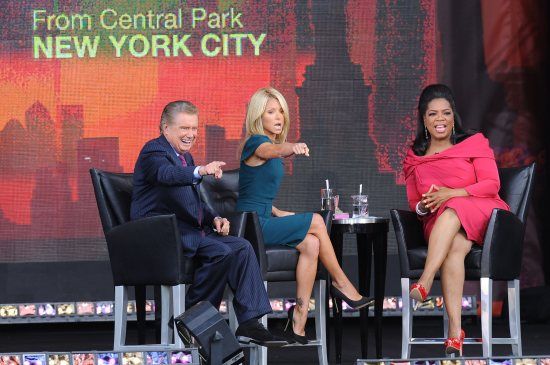 When Kelly first started on Live!, the reviewers were pretty critical of her. She developed what she calls “post-traumatic talk show disorder” – she would not sleep and would stay up thinking about the show. 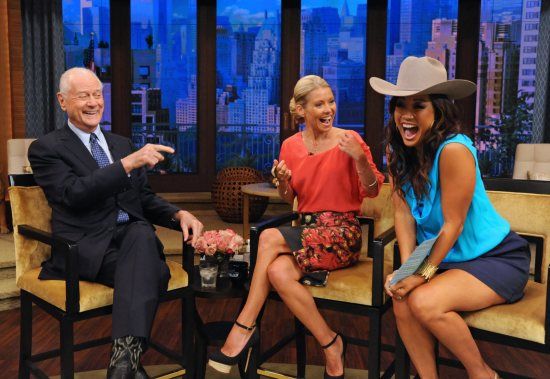 As an actress on All My Children, she used to receive ruthless letters from fans of the show. One fan actually sent her a letter that said, “Eat a carrot, you fat b-stard,” when the weight she gained during her first pregnancy wasn’t written into the script and Kelly actually framed the note and hung it in her dressing room. “I feel like as long as you take ownership over your own flaws, it doesn’t hurt if someone else points them out,” she said. 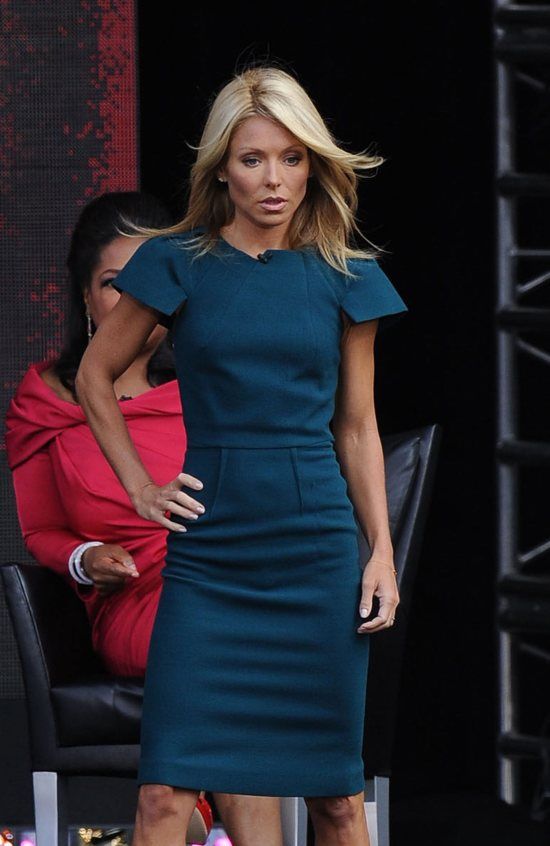 With her husband, Mark, Kelly founded a production company, Milojo; they named it after their children, Michael, Lola, and Joaquin. They have produced the Emmy-nominated documentary, The Streak, which told the story of a Florida high school’s wrestling team’s 34-year winning streak, and they launched a development deal with Discovery Channel for non-scripted series, including Homemade Millionaire and Masters of Reception. 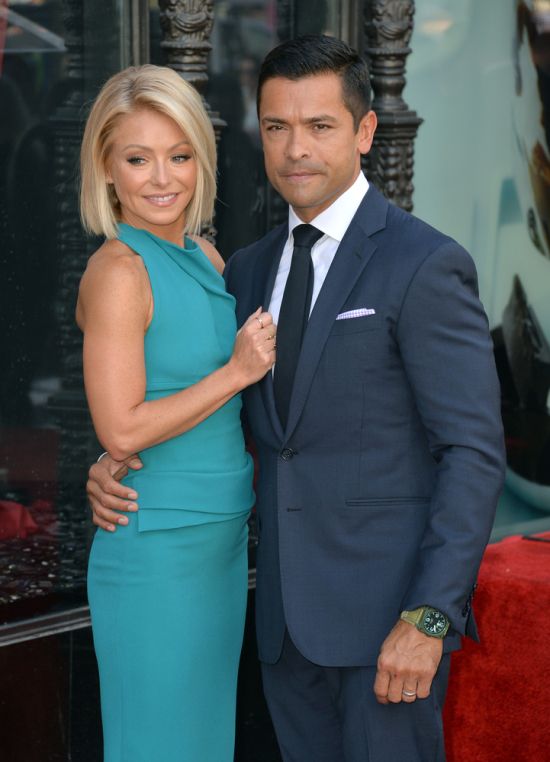