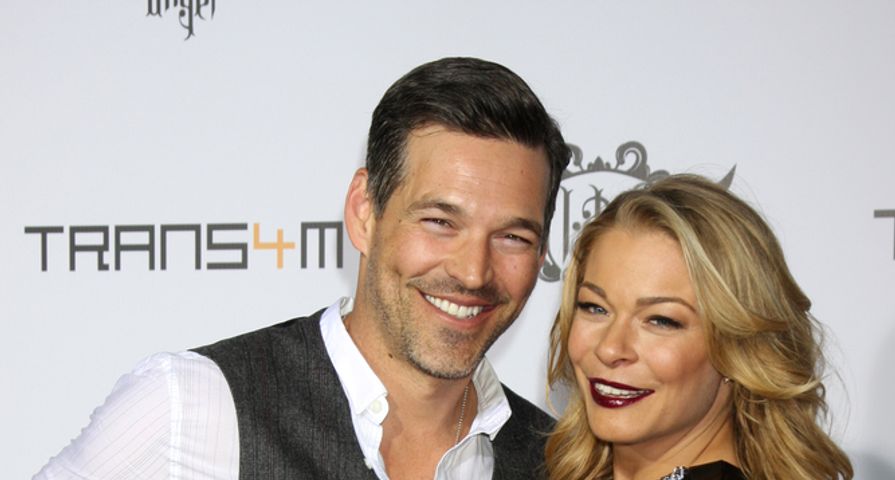 It’s unlikely that any other celebrity relationship has been as heavily scrutinized as the one between LeAnn Rimes and Eddie Cibrian. From the beginning, the couple’s relationship was criticized for its immoral nature. They’ve overcome several hurdles through the years but continue to have a solid relationship through it all. We’ve dug up 10 things you may have not known about Eddie and LeAnn’s relationship:

The story of how LeAnn and Eddie met is well known. The two of them were cast in the Lifetime movie Northern Lights, which filmed in Calgary, Canada. While working on the set, the two became involved in a passionate romance, much to the displeasure of their spouses. But what you might not know is that the two of them met much, much sooner! In a “Throwback Thursday” post on Instagram, LeAnn shared a picture Eddie found of them together years prior. In the caption the country singer wrote, “I was 14, he was 23. We don’t remember meeting. He found this in the garage while going through boxes. 14 years later who knew we’d meet again. Crazy, all the life that happened between those two encounters, the lessons that needed to be learned. Fate? Chance? Serendipity? Who knows? All we do know is, here we are together and tomorrow we are celebrating 5 years of being married and we wouldn’t want to be anywhere else.”

I was 14, he was 23. We don’t remember meeting. He found this in the garage while going through boxes. 14 years later who knew we’d meet again. Crazy, all the life that happened between those two encounters, the lessons that needed to be learned. Fate? Chance? Serendipity? Who knows ? All we do know is, here we are together and tomorrow we are celebrating 5 years of being married and we wouldn’t want to be anywhere else. #crazylove #lovers #friends #partners #hubby #anniversary #5years #throwback #throwbackthursday #tbt ❤️

Eddie and LeAnn’s romance was a contentious one because they were both married at the time. Although they tried to hide the affair, Us Weekly posted video footage that exposed their secret romance to the world. Several people expressed their disappointment about the news. Speaking about the issue LeAnn told Shape magazine, “I understand why people are disappointed in me, especially since I grew up as America’s sweetheart. I feel like I’m just now finding myself. I’ve always been one of those people who takes care of everyone else—and their needs—first. This past year, for the first time ever, I put me first. I’m sure some people are thinking that I was totally selfish, but the truth is, there are times in your life when you have to be selfish in order to find out what truly makes you happy.” All we know is that we can’t help but appreciate the irony in the video clip below!

The affair between Eddie and LeAnn brought the end of each of their marriages. LeAnn was married to her former backup dancer Dan Sheremet, but by July 2009, the couple had separated. She believed it was because they were married too young. “My relationship with Dean was great, but ultimately it wasn’t a fulfilling marriage for either of us,” she revealed to Shape. “I think any relationship is hard to get out of, and I don’t think the way I did it was right. We got married so young: I was 19 and he was 21, so as we got older, we grew apart.” Despite this, the affair destroyed whatever chances they had left at rebuilding their marriage. “It was really emotional,” Dean said in an interview. “I was talking to LeAnn on the phone and said, ‘I think you need to take off your wedding ring. If you’re not going to respect what it stands for, you have no right to wear it.’ She freaked out but I think, in my mind, I was done.” 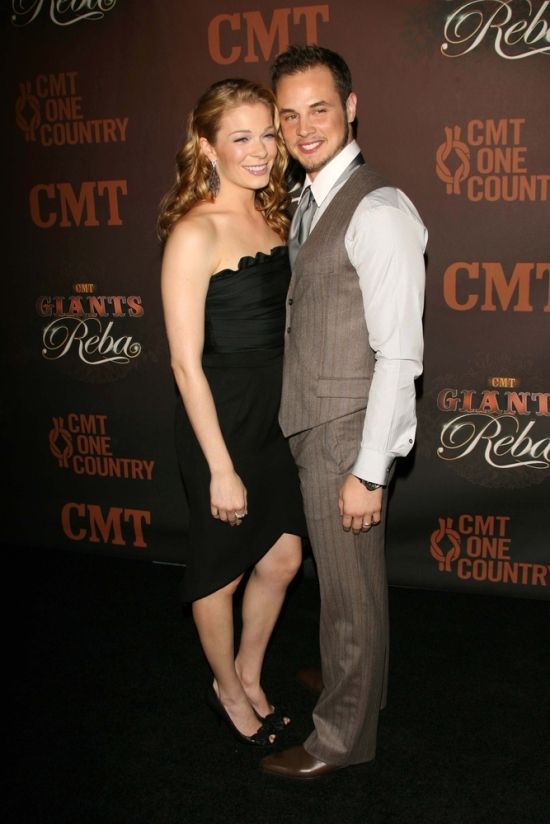 Eddie’s marriage fallout with his wife Brandi Granville was even worse. He divorced Brandi in 2010 after 9 years of being together. The couple had 2 young children. In the memoir Drinking & Tweeting and other Brandi Blunders, Brandi wrote about how she knew her husband was having an affair with LeAnn when she went to visit him on the set of Northern Lights. Even though Eddie denied at the time, it was clear that the two co-stars had a romantic connection. Speaking about that period in his life Eddie said, “I can’t change the past and I’m truly sorry that people got hurt along the way but not everything reported in the media is reality and continuing to rehash things publicly only makes it more difficult for everyone to heal. I hope for the sake of our children we can all move forward and heal privately. I wish their mother nothing but the best.” 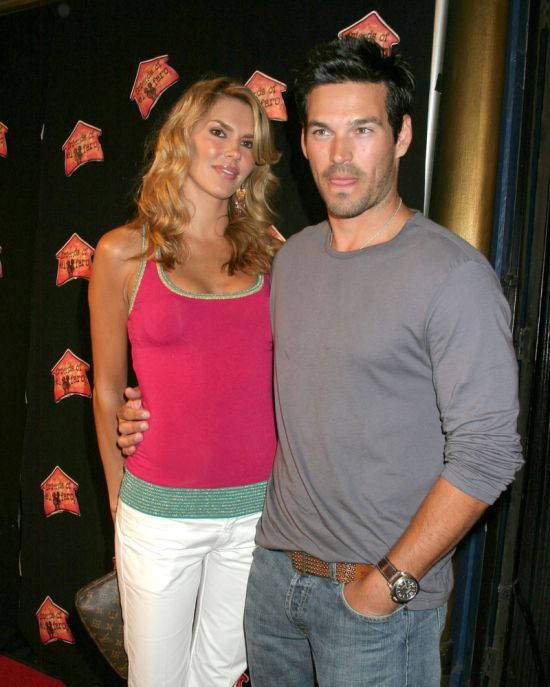 6. Thorn In Brandi’s Side

After Eddie and LeAnn officially got together sans spouses, Brandi made sure they knew how much they hurt her. For years Brandi used any opportunity to publicly denounce the couple in the media. In a 2013 Glamour interview, she claimed that LeAnn was intentionally trying to hurt her feelings. “When I’m home alone on a holiday and LeAnn is tweeting pictures with my children, it breaks my heart. One way I hear from LeAnn is she’ll text me—hurtful things like, ‘I can’t wait to make your kids’ lunches and go to soccer,'” she told the magazine. “I’ve never found LeAnn to be remorseful. I found her to be like, ‘Nah-nah-nah-nah-nah, I got your family.”

Jamming with Jake at @theranchatrockcreek. He can’t play and sing at the same time just yet, so he wanted me to sing while he played! Love sharing the gift of music with my family. #musicmonday #sevennationarmy #thewhitestripes #stepsonlove #proudstepmom #music A photo posted by LeAnn Rimes Cibrian (@leannrimes) on Jun 27, 2016 at 8:45am PDT

While the wrath of Brandi was difficult to handle, LeAnn said it was the backlash from fans that had the biggest effect on her mental health. “I didn’t want to get out of bed,” she said in an interview with Shape. “I truly believe there are lessons in it for me to learn. Cultivating strength from rough situations is the most important thing. After going through this, I know I can face anything.” 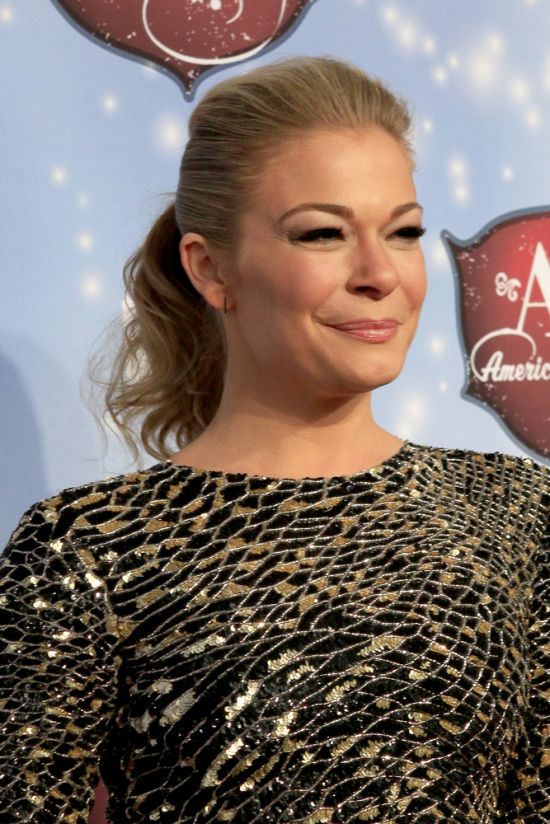 Even amid the flood of media attention, Eddie and LeAnn’s relationship remained strong. The couple was engaged in December 2010 after LeAnn’s divorce was finalized that June. Eddie proposed to LeAnn with a 5-carat oval diamond ring with rose gold fleur-de-lis on the band. Less than 5 months later, the couple married in a surprise wedding ceremony at a private home in California. Around 40 guests took part in the nuptials including Eddie’s 2 sons, Mason and Jake. LeAnn wore a handmade Reem Acra gown and Eddie donned a black and white Ermenegildo Zegna suit. 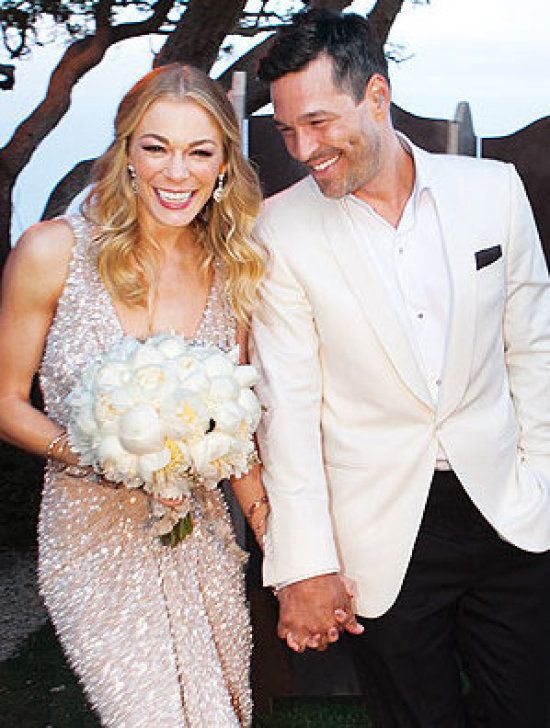 In August 2013, LeAnn checked into a treatment center to seek help for stress and anxiety. She said her problems came as the result of fights she had on Twitter with people who criticized her marriage to Eddie. She also admitted that she was depressed at the time. In a candid interview with People LeAnn revealed, “I’ve had all eyes on me since I was 13, so there was a lot to sift through. I started dealing with emotions I had ignored.” After rehab, LeAnn still struggled to filter out the criticism. “I listened to the negativity – people telling me I didn’t deserve to be happy – instead of myself. Now, I try to tune it out.” 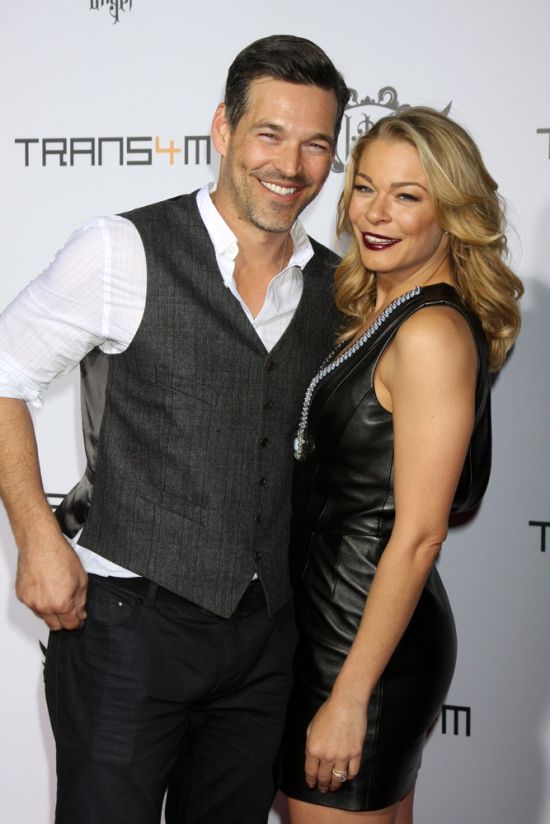 LeAnn is a stepmom to Eddie’s two boys, Mason and Jake, and is actively involved in their lives whether it’s taking them to soccer games or going on family vacations. Although LeAnn and Brandi have had their struggles, they’ve decided to put an end to their feud for the sake of their children. In an Instagram post in April 2016, LeAnn encouraged people to stop criticizing the blended family. “Stop the trash talk. Brandi and I are two separate people who are on our own paths, but working toward the same goal of a healthy, happy family…There is no perfect mom or stepmom. We are both doing our best. Leave it be and let’s spread some love.”

Sushi celebration! We are so blessed and so grateful. Nothing better than laughing with family. Happy 13 Mason! #thecelebrationcontinues #happybday #13 #family #stepsonlove #beach

In 2014, Eddie and LeAnn starred in their own reality show: LeAnn & Eddie. Though the show was canceled after only one season, the series tried to show viewers what their lives were really like. “This show gave us an opportunity to take back our lives in a way and show a different side of us than what people really believe,” LeAnn told Us Weekly. One issue the show addressed was the couple’s plans to have children in the future. LeAnn learned she has lower than normal fertility levels, which meant that they would have to start planning a pregnancy soon if they chose to have a child. Although Eddie was not ready to start a family quite yet, he acknowledged that the fertility concern affected his perspective. “I mean is there ever a perfect time? I know I do want to have a child with LeAnn and if this is a decision we have to make right now because of her fertility then I say we should just do it,” Eddie stated. 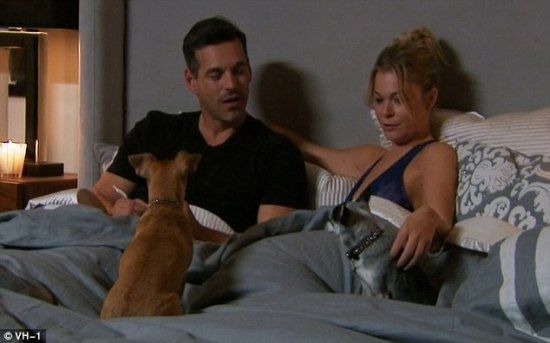