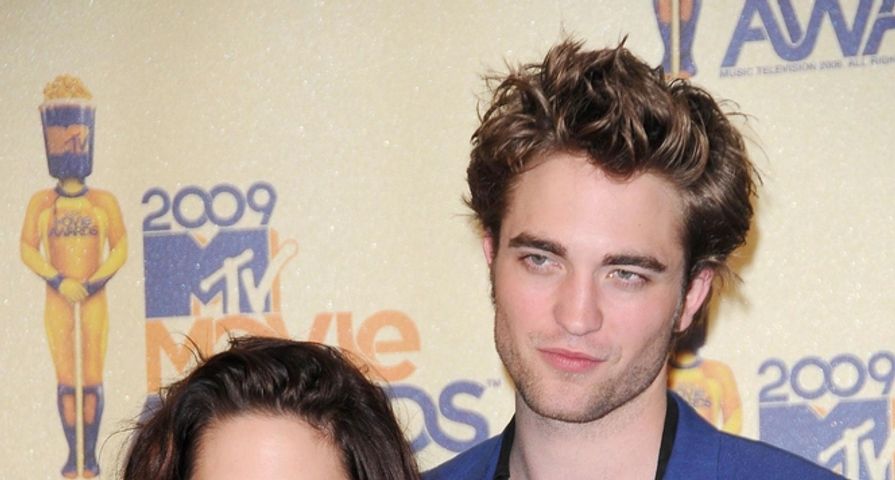 Robert Pattinson and Kristen Stewart were one of Hollywood’s hottest couples when they dated from 2009 to 2013. Maybe it was because they played on-screen lovers in the Twilight franchise or maybe it had to do with the fact that they were both so young and hot. Either way, the whole world was obsessed with these two and still is to some extent. Because of this, we have 10 things you didn’t know about the former love birds and their relationship – check it out!

10. When She Caught His Eye

Stewart first caught Pattinson’s eye when he saw her in the movie Into the Wild. “She’s cool. Even before I knew her, I thought she was a really good actress. Like, I saw ‘Into the Wild,’ and I thought she was really good in that. I still think there are very few girls in her class that are as good as she is,” he told Vanity Fair. He also told OK! magazine that the only reason he even went to the Twilight audition was because he had just seen Kristen in Into the Wild and he really wanted to meet her.

According to Catherine Hardwicke, the director of Twilight, Kristen and Rob had chemistry the moment they met at the film audition. “I had the top four finalists for Edward, and they all came over and did scenes with Kristen. I was looking to see who really had that magic, who had that chemistry,” she said. “Rob and Kristen had it from the first day. Even Rob noticed his chemistry with Kristen. “When I read Twilight, and there are these moony descriptions of Edward as a godlike figure, I thought there was no way I could play him,” he recalled. “But when I got in the room with Kristen, there was a certain chemistry. She’s basically the reason I did the movie.” After their screen test, Kristen reportedly told Catherine that Rob had to be cast.

When they first started working together, the Water for Elephants actor would propose to the Into the Wild actress. “I mean, I don’t know how serious he was, but yes. We spent a lot of time together, a lot of like really heightened time,” Stewart said. Although Pattinson can’t remember proposing to Stewart, he did say that proposing to girls used to be his “thing.” “It used to be my thing, I would propose all the time,” he said. “Just go up to someone, you know, and say I love you or ask them to marry you. It always works.”

Before they finally got together, Rob spent a year flirting with Kristen, trying to get her to notice him, but she was already pretty serious with her boyfriend of three years, Michael Angarano. Rather than wait for Kristen, Rob had a fling with one of his other co-stars, Nikki Reed. Unfortunately for Nikki, Rob still couldn’t keep his eyes off of Kristen (who was her best friend), which is what ultimately ended their short-lived romance.

Pattinson and Stewart spent months refusing to confirm whether or not they were an item but, when photos surfaced of them at a Paris airport, their relationship was finally confirmed – whether they liked it or not. Their Twilight co-star Peter Facinelli then posted the picture on his Twitter page, with the caption, “Co-stars caught holding hands. Guess this picture proves everything.”

Throughout her relationship with The Lost City of Z actor, the On the Road actress refused to talk about her famous boyfriend and their romance. “It’s just one of those things. I’m selfish. I’m like, ‘That’s mine!’ And I like to keep whatever is mine remaining that way. It’s a funny little game to play and it’s a slippery slope. I always say to myself I’m never going to give anything away because there’s never any point or benefit for me,” she told GQ.

Shortly after Snow White and the Huntsman premiered, Kristen was caught by a paparazzo making out with the film’s married director, Rupert Sanders, in her car. She immediately issued a public apology to Rob, her boyfriend of three years. “I’m deeply sorry for the hurt and embarrassment I’ve caused to those close to me and everyone this has affected. This momentary indiscretion has jeopardized the most important thing in my life, the person I love and respect the most, Rob. I love him, I love him, I’m so sorry,” she said in a statement. Likewise, Rupert also issued an apology to his wife, Liberty Ross and their two children. While Liberty filed for divorce six months after the affair went public, Rob and Kristen ended up briefly reconciling.

In May 2013, the co-stars-turned-lovers broke up for good. Rumor has it that they had been fighting for weeks. They had been together for about four years at that point, which is why neither one of them wanted to just throw in the towel; however, Pattinson decided that he needed some time to be single and get his head sorted out. Some predicted that they would get probably get back together, but that wasn’t the case this time.

2. His Perspective on the Scandal

In a 2014 Esquire UK interview, when Rob was asked about Kristen’s affair with Rupert Sanders, he had a surprisingly compassionate response. “S–t happens, you know? It’s just young people… it’s normal! And honestly, who gives a s–t? The hardest part was talking about it afterwards. Because when you talk about other people, it affects them in ways you can’t predict,” he said.

1. Her Reflecting on the Relationship

Stewart gave an interview in July 2016 where she briefly discussed her relationship with Pattinson. “‘When I was dating a guy I was hiding everything that I did because everything personal felt like it was immediately trivialised, so I didn’t like it. We were turned into these characters and placed into this ridiculous comic book, and I was like, ‘That’s mine. You’re making my relationship something that it’s not.’ I didn’t like that. But then it changed when I started dating a girl. I was like, ‘Actually, to hide this provides the implication that I’m not down with it or I’m ashamed of it, so I had to alter how I approached being in public. It opened my life up and I’m so much happier.”