Home » Entertainment » Celebrities » Cast Of Twilight: How Much Are They Worth Now? 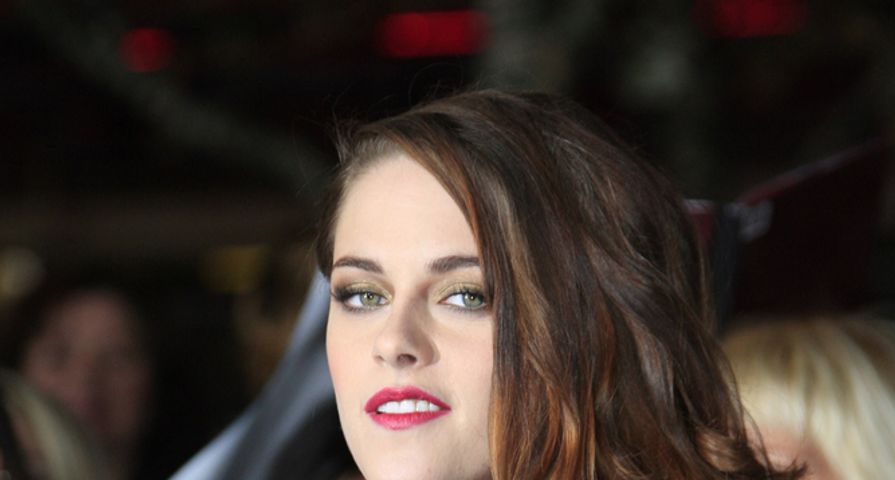 It may not surprise you to hear that Twilight brought in a lot of money for all of those involved in the wildly popular vampire film franchise. Lots and lots of money. The five movies in total have made over $3.3 billion throughout the years and the second film installment, New Moon, broke box office records as the biggest midnight screening and opening day in history, grossing an estimated $72.7 million for the one movie alone. The actors who nabbed roles in the blood-sucking blockbusters made hefty paychecks for their work and are now worth more than you can imagine. Check out how much the cast of Twilight are worth now.

Estimated Net Worth: $14 million. When Bella Swan first moved to Forks, she knew no one and didn’t have a friend in sight. Thankfully, she soon befriended Jessica Stanley who was played by actress Anna Kendrick. Although she was a side character in the Twilight movies, she has done amazingly well for herself since the end of the franchise. In 2009, she starred as Natalie Keener in Up in the Air, which earned her nominations for an Academy Award, a BAFTA Award, and a Screen Actors Guild Award all for Best supporting actress. The parts kept rolling in from there and Anna Kendrick has been working steadily nabbing parts like Stacey Pilgrim in Scott Pilgrim vs. the World and Beca Mitchell in Pitch Perfect. Her busy schedule and hit productions have resulted in an estimated personal fortune of $14 million.

Estimated Net Worth: $6 million. Jackson Rathbone played the newbie vampire, Jasper Cullen, in Twilight but he’s no newbie to Hollywood or to the acting game. Soon after finishing school and leaving home to try his luck at fame and fortune, he landed a gig with Disney 411 where he interviewed young stars like Hilary Duff. He could also be seen on The O.C. and Close to Home, but his most notable roles include his Twilight stint as one of the Cullen family and his portrayal of Sokka in the movie The Last Airbender. His popularity with Twilight fans certainly seems to indicate that we’ll be seeing a lot more of Jackson Rathbone and he has a number of projects currently in production which will help him add to his estimated personal net worth of $6 million.

Estimated Net Worth: $12 million. Nikki Reed came onto the Hollywood scene with a bang when she starred in Thirteen which she co-wrote with her mom’s friend Catherine Hardwicke. Catherine went on to take on the role of screenwriter for Twilight where she and Nikki Reed united to work together once again, this time with Nikki playing Cullen sister Rosalie. Although there was some initial controversary over her casting by hardcore Twilight fans because Nikki had the wrong hair color (hardcore Twilight fans take the details very seriously), she won audiences over and continue her role as feisty Rosalie throughout the franchise. She’s also appeared in Lords of Dogtown and wrote music with her then husband Paul McDonald, which can be heard on The Twilight Saga: Breaking Dawn – Part 2 soundtrack. Just listen for All I’ve Ever Needed and see what you think. Her acting chops and musicals bops have helped Nikki Reed  build a personal estimated net worth of $12 million.

Estimated Net Worth: $2 million. Elizabeth Reaser is better known by Twilight fans as Esme Cullen, the loving mother of the vampire family. But her immortal role was just one of her many roles and over the years, Elizabeth Reaser has appeared in movies and television shows like The Sopranos, The Believer, Law & Order: Criminal Intent, Mind The Gap, The Jury… finished? No way! … Hack, Stay, Saved, Grey’s Anatomy, Wainy Days … still going? You know it!… The Ex-List, The Good Wife, Young Adult, Liberal Arts, and Bonnie and Clyde: Dead and Alive, True Detective, and Mad Men… just to name a few. Wow! She’s also an accomplished stage performer and has appeared in productions of Sweet Bird of Youth, Closer, The Winter’s Tale, Top Girls, and How I Learned to Drive. Busy lady! All of this has resulted in a tidy little personal fortune of an estimated $2 million.

Estimated Net Worth: $10 million. There’s a good chance you recognize Peter Facinelli as one of two characters – either super-old vampire dad Dr. Carlisle Cullen from Twilight or as alpha-male king-of-the-school Mike Dexter in the teen classic Can’t Hardly Wait. You may have also spotted him as Jimmy on Six Feet Under or as Gregory Malina on Damages, or even Rupert Campion on Glee or Dr. Fitch Cooper on Nurse Jackie… but still, to some, he’ll always be Mike Dexter and/or Carlisle Cullen. He’s probably not picky about who you think of him as since each role has helped him amass a personal estimated fortune of $10 million.

Estimated Net Worth: $5 million. Billy Burke was busy in the ’90s appearing in smaller roles while he built his acting credits up. He could be spotted on shows like Party of Five, Star Trek: Deep Space Nine, Strange Luck, Don’t Look Down, and Without Limits before landing larger roles in the 2000’s on popular shows like 24 and Gilmore Girls. When Twilight rolled around, Billy Burke was cast as Bella Swan’s worried dad Charlie. When the franchise ended, Billy continued on with parts on The Closer and Rizzoli & Isles before nabbing a starring role on Revolution. Working steadily can be good for the bank account and has resulted in an estimated personal fortune for Billy Burke of $5 million.

Estimated Net Worth: $1.5 million. Rachelle Lefevre won over fans fast and furiously with her fiery hair and ever more fiery revenge-driven personality. Portraying Victoria Sutherland, one of the evil-ish vampires in the area, Rachelle holds the proud title of the best running through the forest gracefully yet with killer intent overlayed with viciously awesome Thom Yorke music scene in any movie ever. Unfortunately, after the second movie in the film franchise a scheduling conflict meant that Rachelle was unable to continue her beloved blood-sucking role. Recently, fans have been able to spot Rachelle Lefevre on the now-cancelled Under the Dome, which has helped her reach a personal estimated net worth of $1.5 million.

Estimated Net Worth: $10.5 million. If you were unaware, Ashley Greene was already friends with both Kellan Lutz and Jackson Rathbone before all three of them were cast as Cullen family members in Twilight. Appearing as Edward’s sister and Bella’s bestie Alice Cullen, Ashley Greene began her career with intentions of being a model, but was told that her not-terribly-tall stature would prevent her from runway success so she ended up pursuing acting instead. Luckily for fans she did and lucky for her bank account as well since it’s helped her reach her current impressive estimated net worth of $10.5 million.

Estimated Net Worth: $40 million. When Taylor Lautner bulked up for his role as werewolf hottie Jacob Black in the Twilight movie franchise, he had teen girls crushing hard and adult ladies feeling more than just a little inappropriate about their attraction to a fellow too young for them to be drooling over. Before he battled for Bella in Twilight, Taylor could be spotted in his younger days as the kid superhero in The Adventures of Sharkboy and Lavagirl as well as small roles on shows like The Bernie Mac Show and My Wife and Kids and movies like Cheaper by the Dozen 2. But it was his wildly popular stint in Twilight that helped Taylor Lautner amass his estimated $40 million fortune.

Estimated Net Worth: $70 million. Kristen Stewart hasn’t been secretive about the fact that she struggles with the issues that come along with fame, but when it comes to fortune she seems to be doing just fine. Acting since she was young and quickly snagging roles alongside top Hollywood actors like Jodie Foster in The Panic Room and making her ways through smaller roles before landing the coveted part of Bella Swan. When the Twilight movies started generating mass millions, Kristen Stewart, as one of the stars of the movies, earned a salary for the later films of $25 million with a percentage of the continued revenue that was estimated to potentially bump her total pay to up over $40 million for each film. Her impressive earnings from Twilight along with the fact that she is now one of the highest paid actresses in Hollywood at the moment means that Kristen Stewart is worth a wild $70 million.

Estimated Net Worth: $100 million. If you think that Kristen Stewart has made out well, you’ll be even more impressed with Robert Pattison. Like, $30 million-worth of being impressed. After a bit of a bumpy start in the acting world with lost roles and parts edited out of productions, fans finally first caught a glimpse of Robert Pattison as Cedric Diggory in Harry Potter and the Goblet of Fire. When he was offered the role of Edward Cullen, he was on his was to becoming the dream figure for an entire generation of young movie-goers. And luckily for them, he’s been busy working ever since. Just like Kristen Stewart, his salary for the later Twilight movies was an already impressive $25 million and again just like Kristen, he received a percentage of the revenue for the final two Twilight movies bringing his estimated pay up to $40 million for each movie which adds to his already bursting bank account which sits at an estimated $100 million. Yup, you read that right. Not only is he dreamy and sometimes sparkly, but Edward, or um, Robert is wildly wealthy.