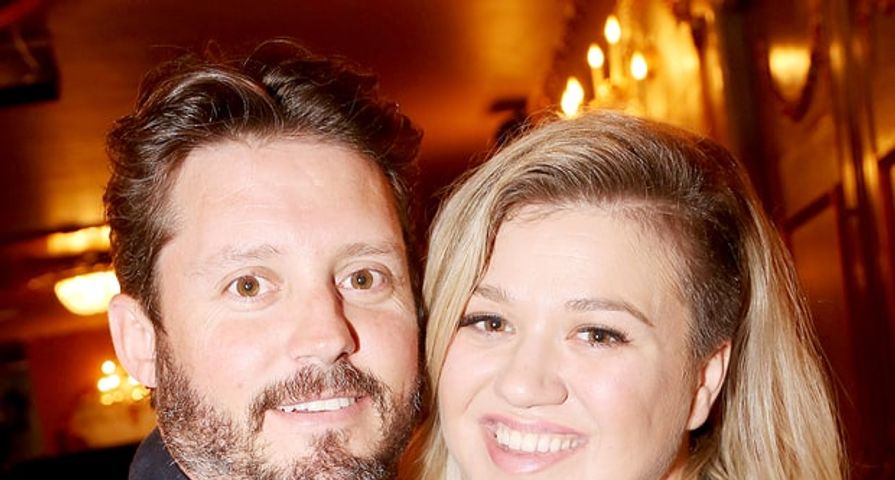 Kelly Clarkson is one of the most beloved pop stars in the industry, and her relationship with husband and now manager, Brandon Blackstock, wasn’t often in the headlines. The couple have two children together, River Rose and Remington Alexander as well as two children from Brandon’s first marriage. Kelly and Brandon are two celebrities who’ve managed to keep a relatively low profile in the media. They would often share and gush about their life together, which meant their split even more surprising. Take a look back on their love story:

11. They Had Known Each Other for a Long Time

Kelly Clarkson’s manager is Narvel Blackstock, Brandon’s father. Narvel introduced the two at the 2012 Super Bowl where Kelly was set to perform the National Anthem. Not only was Kelly linked to Brandon through his father, but she had performed with his former step-mother, Reba McEntire, on numerous occasions. Music is a big part of their family which is probably why Brandon also became a pilot and tour manager. He used to be Rascal Flatt’s manager and has been Blake Shelton’s manager since 2013.

10. When He Became a Romantic Interest

Kelly and Brandon had known each other since 2006, but it wasn’t until after the 2012 Super Bowl when they were re-introduced that she saw him in a romantic light. “Brandon is my manager’s son. I’ve known him for six years but he was married for most of that time,” she said in an interview with the Daily Mail. “Then, suddenly, there he was at the Super Bowl and he was single…”

In an interview with Cosmo back in 2013, Kelly Clarkson gushed about her then-new romance with Brandon Blackstock. Even though they’re now married with three kids, back in the day, Clarkson was worried things wouldn’t work out because they had what she called “bad omen” on their first date! “We’ve known each other for years, but we didn’t start talking until the Super Bowl last February. And this is the funniest/worst thing ever: One of my superhero idols is Whitney Houston, and the day she died was our first date. I was like, ‘This is a bad omen,'” she joked.

Since Kelly and Brandon had known each other for a long time before they finally started dating, their relationship moved quite fast. They began dating in 2012 and by December 2012 they were engaged. They got married/eloped in October 2013 in a small, private ceremony at Blackberry Farm in Tennessee. The only people in attendance were Kelly, Brandon, and his two children from a previous marriage. It didn’t take long for them to expand their family. They welcomed their first child, River Rose, in June 2014 and a baby boy named Remington Alexander Blackstock in April 2016.

Even though they have two little children together and two more from Brandon’s previous marriage, they always found time to have a date night together. “Brandon and I have a date night every night — we’ll get the kids to bed and go out by the lake with a glass of wine, and the next thing we know it’s 2 a.m. We’re tired in the morning, but we need that time to stay connected. He married at 21 for the first time and knows mistakes to look out for,” she said in an interview with Good Housekeeping. Since welcoming their second child, Clarkson said she and Brandon still try to make time for date nights, but they don’t do much. “We don’t generally do a lot honestly, because we’re just so tired!” she said

Kelly Clarkson’s emotional ballad “Piece by Piece” has touched a lot of people, but no one more than herself. She wrote the single after watching her husband, Brandon, with their daughter, while reflecting on her own absentee father. “Watching my husband love on his daughter all the time, you know, go to her events and just be there and, like, be present is, like, hard to watch but beautiful to watch. But it’s awesome because I know that my kids are going to have that,” she said in an interview with Ryan Seacrest.

Kelly Clarkson has been very open about how much she hated being pregnant. She hated it so much that while she was still pregnant with their second child, Remy, she made Brandon go get a vasectomy! After she gave birth to Remy she went and got her tubes tied to make sure they’d never have any more children. “I am super thankful I’m never going to be pregnant again,” she joked when asked about the holidays and all that she’s thankful for during an interview with Extra. “I have my beautiful children and I’m done!”

4. They Aren’t Each Other’s Halves

When asked if Brandon is her other half, Clarkson made sure to make clear that neither she nor Brandon are complete with each other — they are complete people on their own and simply add to one another. “Goodness, no! Brandon is not my other half. He’s a whole and I’m a whole. I’ve never believed in someone taking care of me, and that’s probably because I grew up poor and without a whole lot of stability,” she said in an interview with Redbook.

3. Marriage is a Priority

In an interview with Redbook back in 2015, Clarkson said despite being a working mother and step-mother, she makes her marriage a priority. “I always swore ours would not be a relationship where we have to schedule sex. That is never going to happen. We put each other first. I call it the oxygen-mask mentality — take care of yourself first!”

2. The First Person She Said ‘I Love You’ To

One of the biggest milestones in a relationship is saying ‘I love you’ to another person, and for Kelly she wanted to make sure she meant it when she said it. This is why she wanted until she was 30-years-old before she finally found the right person to say it to! “He was the first guy I…said it [to] — and wanted to say it. I didn’t feel like I had to. Because, like, ‘Oh, that’s what you have to do when you say it,” she said in an interview with Terry Smith from CBS.

In June 2020, fans were absolutely stunned when it was reported that Kelly had filed for divorce from Brandon as their seventh wedding anniversary was approaching that fall. Not long before Brandon had shared a sweet family-filled birthday message for Kelly’s birthday, and Kelly had been very open about their very active intimate life with each other. While neither party has made a statement about the split, sources did say the relationship had been on the rocks for awhile. “Kelly and Brandon work together non-stop and that became a contention in their relationship,” the source said. “Brandon is the EP of her show as well as her manager.” Another source added that the quarantine didn’t help.  “Kelly and Brandon had been having problems for several months and were making a conscious effort to work things out. They both hoped quarantining away from L.A. in Montana would help them work things out in their marriage, but instead the change in environment was actually detrimental.” “The constant time together seemed to make an already challenging situation worse,” they note, adding that The Voice coach’s career “definitely helped to keep her mind off things, but this recent downtime gave her the time she needed to think about her life and her marriage.”