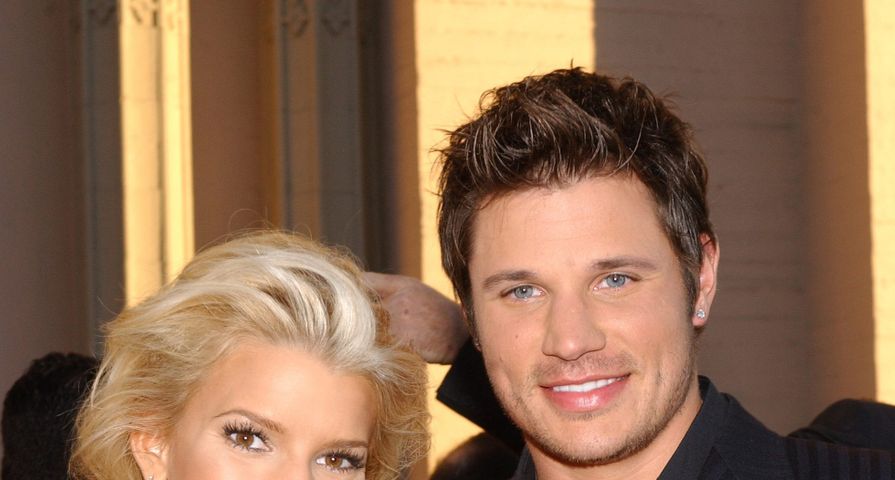 Pop singers Nick and Jessica had a whirlwind romance in the early 2000s. At the time of their relationship, they were both skyrocketing into stardom and the combination of them together helped push their popularity. Nick was reeling from his success as a singer in the boy band 98 Degrees and eventually started his own solo career, while Jessica’s singing career was also beginning to take off. After their lavish Hollywood wedding, they both decided to take on a reality television show as newlyweds and could be found in the living rooms of home all over America. These two were the real deal, at least for a few years. It was definitely young love as Jessica was only in her early twenties at the time of their marriage and Nick was seven years her senior. Today, these two have happily moved on with new marriages and children of their own, but we still enjoy taking a walk down memory lane every now and then. If you’re feeling nostalgic, take a look at our 10 things you might not have known about Jessica Simpson and Nick Lachey’s relationship!

The former couple met by introduction at the Hollywood Christmas Parade in 1998. At the time Nick was still a member of the popular boy band 98 Degrees and Jessica was beginning her musical career. They were both using the same manager and he was the one who introduced them. After he met her for the first time he told his band members, “I’m going to marry that girl.” They began dating after they met again at a Teen People event in January 1999. He said he knew he was falling for Simpson after he watched her perform for the first time. “I watched her sing and saw the way people responded.”

Nick and Jessica had been dating for three years when they briefly broke up for a whopping five months. Of course, they eventually got back together in September 2001 after the 9/11 attacks. According to both of them, the break up was simply the result of being too young and because both of their careers were blowing up. “It was during the release of Irresistible and you know, it was just one of those things where I thought I needed to date other guys and see what else was out there,” she said in an interview on Newlyweds. They had been dating since Jessica was 19-years-old so she had a lot of growing up to do whereas Nick was much more comfortable with where he was. Jessica commented on it and said, “Nick was patiently waiting for me to grow up a little. I knew that I never ever wanted to be away from Nick for the rest of my life.” Nick and Jessica were engaged in February 2002 and quickly planned a wedding. They were married on October 26, 2002 in a ceremony close to home in Austin, Texas.

Before tying the knot with 98 Degrees singer, Nick Lachey, Jessica announced to the world that she was going to remain a virgin until their marriage. Her entire image was based around being the innocent girl next door and she quickly became a role model for young women. When asked about it she said, “I promised God, my father and my future husband that I would remain a virgin until I got married. I just always knew it was something I wanted to do,” she said. It became a hot topic that people were interested in which seemed surprising to her. After their wedding she talked about finally losing her virginity to Nick and said, “It was the most amazing moment of my life. I’m so lucky I didn’t lose my virginity in the back of a Jeep or something. Instead, I had this amazing, elaborate wedding and I topped it off with that.”

Their wedding fell on a rainy day in Austin, Texas. When she walked down the isle, she wore a beaded, strapless gown by Vera Wang. The bouquet that she carried with her was made up of 500-stem stephanotis and took 12 hours to assemble. Her maid of honor was her sister Ashlee Simpson and the rest of her bridesmaids were made up of her childhood friends, her sister-in-law and the wife of one of Nick’s best friends.

The early 2000s was all about Nick Lachey and Jessica Simpson — these two were at the peak of their fame. Both of them were experiencing a lot of success as singers and reality television was just beginning to emerge as a new way to produce television. As a result, Nick and Jessica were given the opportunity to star in their own reality television show produced by MTV and MuchMusic. The show was titled Newlyweds: Nick and Jessica and it lasted for three seasons from 2003 to 2005. What many people might not know is that the show was originally intended for Michael Jackson and Lisa Marie Presley. They got married in 1994, but decided not to follow through with the project after pre-production, so it was shelved. In 2002, Jessica’s father and manager, Joe Simpson, learned about the idea for the show and pitched the idea of a new show starring his daughter and new son-in-law, Nick Lachey. Despite both of their regrets today, the show sparked a lot of interest in Jessica Simpson and definitely helped her gain popularity; however, many of her “dumb blonde” comments will follow her forever!

Things You Didn't Know About Adam And Jackie Sandler's Relationship

Nick and Jessica announced they were separating in November 2005. Shortly after announcing their split, they released a joint statement which read: “After three years of marriage, and careful thought and consideration, we have decided to part ways. This is the mutual decision of two people with an enormous amount of respect and admiration for each other. We hope that you respect our privacy during this difficult time.” Jessica filed for divorce in December 2005. In the divorce filings she cited “irreconcilable differences.” Their divorce was highly publicized and is still referenced to today. The divorce was finalized on June 30, 2006 and that was the end of Nick and Jessica!

4. The Reason for the Split

Not surprisingly, there were two different sides to the divorce after it was all said and done. According to People magazine, Simpson’s camp said the divorce was a result of Jessica being upset about Nick’s partying ways and that he wouldn’t spend time with her family in Texas on Thanksgiving. Apparently she was getting aggravated by him always needing to go out with friends and hit up clubs, while her idea of a perfect night was to order take out and watch a movie. The split came after a bad argument the day before Thanksgiving. However, sources close to Nick said the whole divorce was a surprise. They said Jessica sprung the idea of a divorce on Nick after a dinner together in L.A. on November 22. She blindsided him while they drove home in the car and, according to their source, “She said, ‘I don’t know if this is working. I want to file for divorce.'” Nick asked for her to sleep on it or consider working out their marital problems, but she refused.

Soon after their divorce, Nick Lachey was doing a lot of press for the release of his new album, What’s Left of Me, with many songs that refer to the break down of his marriage with Jessica Simpson. He did his own MTV special called Nick Lachey: What’s Left of Me and commented about being blindsided by the divorce. He also did a very telling interview with Rolling Stone magazine and said even he didn’t know if there was adultery on her end. “I don’t know if there were other men. But if she did cheat, it was the result of something bigger, not the reason we didn’t work. …Sometimes I think it would be easier if I had just walked in the house and found her in bed with a guy. That would be clear – cut. End of story. I wouldn’t have to deal with the uncertainty of adultery.” He also dished on his former father-in-law who was rumored to have played a part in the break-down of their marriage. “I don’t pretend to understand Joe. I don’t know if he ever liked me. To this day I couldn’t say. It was painful. Do I think Joe drove a rift between us? No. Was he an influence in our marriage. Absolutely,” Nick said.

Back in 2015, Jessica appeared on CNBC’s Closing Bell and her interviewer asked what her biggest money mistake was. She replied, “The biggest money mistakes? I don’t know. For some reason I thought of my first marriage.” Of course, she’s referring to her short-lived marriage with Nick Lachey, who wasn’t happy with her response. The reason Simpson is still sour about her finances after their divorce is because she reportedly had to pay Lachey $12 million. According to Radar Online, her father, Joe didn’t want her to sign a pre-nup because, at the time of their marriage, he was worth more than her.

1. Nick is Most Thankful For…

Nick and Jessica definitely aren’t friendly exes, but they don’t bash each other. Acorrding to Nick, they are just “nothing,” and the one thing he is most thankful about is that he never had children with her. Ouch! When he was on Jenny McCarthy’s Sirius XM show “Dirty, Sexy, Funny” he had some harsh things to say about his ex, Jessica. “In our situation, that was probably the best thing that could have ever happened that we didn’t have kids. And look, you’re always going to love your kids no matter how you feel about their other parent, but all things being equal, it was the best thing probably for both of us that we went on with our lives.” He did point out that they are both now happily moved on with other people, so there’s no hard feelings — actually there’s no feelings at all! “I wouldn’t say it’s friends and I wouldn’t say it’s enemies – there is just no contact. We both moved on with our lives…it’s not animosity, it’s not friendship, it’s just kind of nothing,” he said.