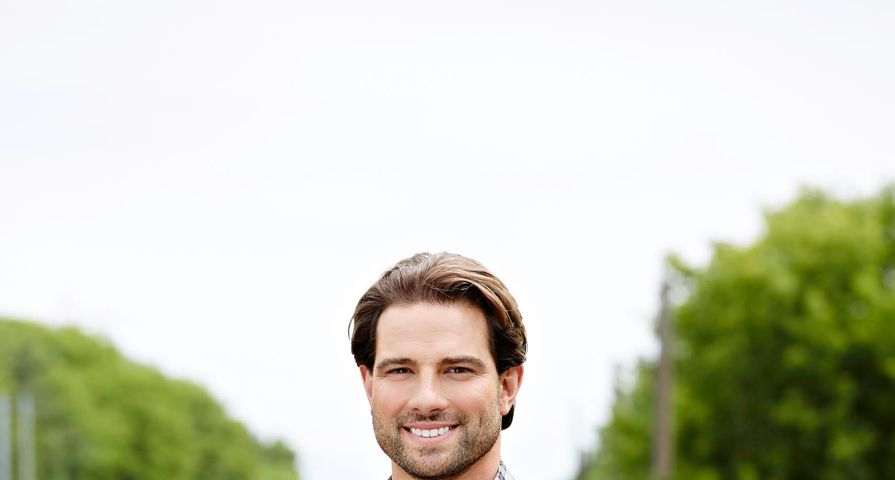 Scott McGillivray is one of the biggest stars on the HGTV network. This handsome handyman has made a living as a real estate investor, television host, author and educator. He rose to fame as the host and executive producer of the popular show, Income Property, but now also stars in his own show, Moving the McGillivray’s, and serves as a judge on HGTV’s All American Handyman and Canada’s Handyman Challenge. McGillivray has definitely earned his tool belt and even won the Canadian Screen Award for the past three years now! Here’s as look at 10 things you probably didn’t know about Scott McGillivray!

Scott McGillivray is now an award-winning host and executive producer on a popular home renovation series on HGTV called Income Property. But that’s not what he set out to do when he went to school. He was actually enrolled in business school and received an honors degree in commerce. His interest in real estate peaked during his third year. He was struggling to find a topic to do his final midterm paper and at the same time he was having a hard time finding a property because there were too many students and not enough rental properties. He did all of his research and ended up getting pre-approved for a mortgage and thought to himself that he could actually build a business in real estate.

McGillivray has an older brother and a younger sister and he is extremely close with them both. “We all keep each other grounded. Nobody gets away with anything in our family, and I wouldn’t have it any other way. I can confidently say that I have a great relationship with my siblings, though I know not everybody does. I would hope that my children have a very similar relationship with each other,” he said in an interview with Hello! magazine.

While in college, Scott McGillivray stumbled across a money making gold mine when he realized he could make a living for himself, buying properties and renting them out to students or any other kind of tenant in need. He bought his first house when he was only 21-years-old and rented it out to his friends to make money and pay off the mortgage instead of paying rent to someone else. He liked it so much that the next year he bought another house, and then another, and so and so forth. He continuously got more and more involved, eventually becoming a licensed contractor and learning renovations. “I feel in love with real estate, renovations, and became a licensed contractor when I was 26,” he said in an interview with Hoss Magazine and by the age 23 he owned 5 properties.

In November 2014, Scott McGillivray was chosen as People’s “Sexy Man of the Week” and during his interview he revealed he feels the most sexy when he’s in his tool belt, but he’s also really physically active which helps in the whole looks department! He was extremely active as a kid. He grew up playing hockey and it seems that lifestyle transferred over in to adulthood. “I love a big steak or seafood dinner, but the next day I’m running outside for miles. While of course listening to music. I have to have the music on,” he said. In addition to running, he also likes boating, swimming, working out at the gym and surfing.

It seems Scott McGillivray is a man of many talents, even musical ones! Today his best gig is hosting HGTV’s widely popular Income Property show, but in the late ’90s and early 2000s he was landing gigs as a performer in a boy band called Next Element. He posted a hilarious throwback picture on his social media of himself back in the day and it’s pretty clear he took the whole boy band image very seriously!

I already regret showing you this. #BoyBand #2000 #throwbackthursday   A photo posted by Scott McGillivray (@scott_mcgillivray) on Apr 16, 2015 at 5:51pm PDT

In an interview with HGTV, Scott said his love for gardening came from a summer job he had while in grade 7 and 8. “We moved to Richmond Hill from Toronto, and in our neighborhood there was nothing but farmer’s fields around us. We weren’t allowed to leave the block as a kid, so my buddy and I would drive around – there was a hockey arena over here, and a garden centre on the corner there. They were the only two things we could go to, so we became obsessed with hockey and the garden centre. The garden centre people knew we always came in once a week, so in the summer they were like, ‘Do you guys want to work here?’ And I was like, ‘Yeah, I love plants!’ I ended up working there every summer when I was a kid,” he said.

Scott and Sabrina debuted their epic dance skills at their wedding in 2009. From the ballroom, to the beautiful gown and then top it off with Scott’s smooth moves, their first dance looked like a scene right out of a Disney fairytale!

McGillivray’s first gig on television was a part-time job on the Canadian show, Debbie Travis’ Facelift. He started out as a crew member, then a project manager with designer Debbie Travis. But when the producers found out he had a background in investment and construction they were intrigued. They came up with the idea of having him host a new show called Income Property which would debut on the Canadian and American version of HGTV. The show has now become the longest running program on HGTV with a whopping 11 seasons!

2. How He Met His Wife, Sabrina

Scott and his family split their time between Toronto, Ontario, where he was born and raised, and the sunny state of Florida. His wife, Sabrina shares an interest in real estate and even has her own property investments outside of Scott’s. Despite an interest in real estate, this isn’t what she does for a living — she’s actually a teacher! He met his wife, Sabrina while they were both on vacation. He had invited her to join in on a volleyball game, but she declined. He ran into her again later that night and, after a few drinks, they got to talking, and the rest is history! They now have two daughters, Myah and Layla.

In an interview on HGTV, Scott Millivray revealed the strangest thing he’s ever found during a home renovation. He said he’s found all kinds of crazy stuff like grow-ops and old money, but the most memorable was when he opened up a wall and found an old bottle of booze! “One time we opened up this wall, I found a bottle of booze in the wall with just a little bit of booze in it and a cork still in the top. On the front of the bottle it said, ‘Andrew got wasted here in 1903.’ And I thought that was cool that he used the word ‘wasted,’ over a hundred years ago, and left that bottle in the wall. So the homeowner put it on the mantle,” he said.