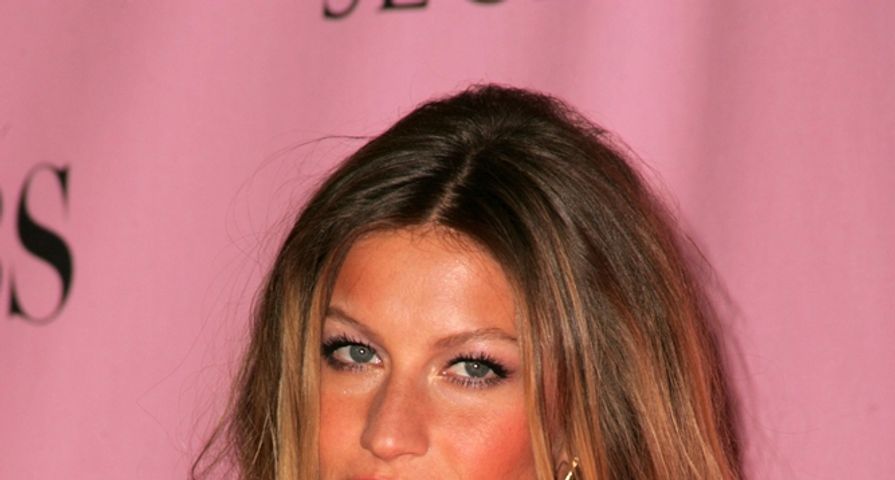 Gisele Bundchen has become one of the world’s most famous models. She first sashayed into the modeling world back in the late ‘90s when the heroin chic thing was on its way out and, although she’s since retired from modeling, she’s still one of the world’s highest paid models. She’s about to turn 37 and she honestly looks as good as she did when she first launched her career, so we’re going celebrate her birthday with 10 things you didn’t know about the stunning model:

She was born on July 20, 1980 in Horizontina, Brazil, to Vânia Nonnenmacher, a bank teller, and Valdir Bündchen, a university teacher and writer turned business owner; both of her parents are of German descent. She has five sisters, Raquel, Graziela, Gabriela, Rafaela, and Patrícia, who is her fraternal twin and who is younger than Gisele by only five minutes!

Even though Gisele’s father owned a construction company and her mother was a bank teller, the Bundchen family was strapped for cash because of their six children. According to her, she only had one pair of jeans growing up. “We shared everything. I never had new clothes,” she told Vanity Fair. “From the time I was very young, I was thinking about financial security.” As a student, she wanted to become a professional volleyball player and she was so good that she might have become one had the modeling thing never happened.

An Elite Modeling agent discovered her at a McDonalds in San Paulo in 1994. At first she wasn’t interested, but then changed her mind after considering the poverty in Brazil. When she attended her first modeling contest in a nearby town, she realized that the agent from Elite had enrolled her. From the competition, she and four other girls were selected to move to San Paulo to model full time. She was just 14 when she first arrived alone by bus to the big city and was immediately robbed of all of her cash. The first couple of years were hard for her. She could only get catalog work, primarily in Japan. Then everything changed. In 1997, she moved to New York City and caught the eyes of top photographers, Mario Testino and Steven Meisel, and then Alexander McQueen, who cast her for his runway show.

The former Victoria’s Secret model was bullied when she was in school for being six feet tall. “Even before I got into the business, I was used to being bullied because I was always tall and skinny and stuck out,” she told The New York Times. “I got really red all the time from playing volleyball, red like a pepper. So I thought bullying was just the way life is.”

She made her film debut in the 2004 comedy Taxi, alongside Queen Latifah and Jimmy Fallon. She played the leader of a group of gorgeous bank robbers. While critics panned the film, Gisele received rave reviews from the director, Tim Story. “I must admit that I didn’t know what to expect, because she had never acted before. But she walked into the room and blew me away,” he said. She also appeared in The Devil Wears Prada in 2006 as an editor named Serena.

When Gisele was first starting out in the modeling world, she was advised to get a nose job. “It’s true,” Angela Missoni, creative director of her family company, told The New York Times. “Gisele did our first campaign with Mario Testino and we used a beautiful shot, but with Gisele’s hair all across her face. Mario wasn’t 100 percent sure about her. He was worried about her nose. Gisele has confirmed this. “In the beginning, you know, everyone told me, ‘Your eyes are too small, the nose is too big, you can never be on a magazine cover,” she said. “But, you know what? The big nose is coming with a big personality.”

The Brazilian beauty has been an activist for years. She has a line of rubber sandals with Ipanema and all of the proceeds go towards replanting the Amazonian forest. With her family, she has started Projeto Água Limpa to clean up the river near her hometown, Horizontina. She was also a U.N. Goodwill Ambassador for environmental issues and even opened her own nonprofit, The Luz Foundation, in 2007, which is a grant-making organization advocating the empowerment of young girls and donates a percentage of her earnings to help the projects that include everything from yoga in schools to reforestation.

3. Hanging Up Her Wings

In 2007, after seven years of working as a Victoria’s Secret model, she decided to end her relationship with the company because they reportedly wouldn’t raise her $5 million a year salary. “Her demands were outrageous. She got a new lawyer who was unrealistic,” a source told E! Online. “Victoria’s Secret doesn’t care. They have five new hotter, younger girls debuting next year. And they won’t have to deal with any craziness.”

The former model met New England Patriots quarterback Tom Brady in 2006. They met through a friend who had known both of them for a long time. According to Gisele, the friend told her that he knew that they would like each other, and they most certainly did! They were married in 2009 in Santa Barbara and that same year, she gave birth to their first child together, a son named Benjamin, and in 2012, they welcomed their second child together, daughter Vivian Lake. Both of them were born at home with the help of a midwife.

The whole Gisele persona was something she created when she became famous. “I was in the fashion shows in Milan, I was seventeen, I was doing like 100 shows. People were asking, ‘How does it feel to be the model of the moment?’ It was hard for me to answer as myself. I barely spoke English. I thought, I have to give my best because they trust me with that. I invented this other person, and she could do everything. She wasn’t afraid; she was able to be ballsy and risky and sexy or androgynous. She was bold. I had to believe in myself as this person that was strong, up-front, invincible, and positive, who knew what she was doing, even though I really didn’t,” she told Vogue. “I’ve worked for fourteen years, but I don’t think anybody in the business really knows me, because there is that other person.”