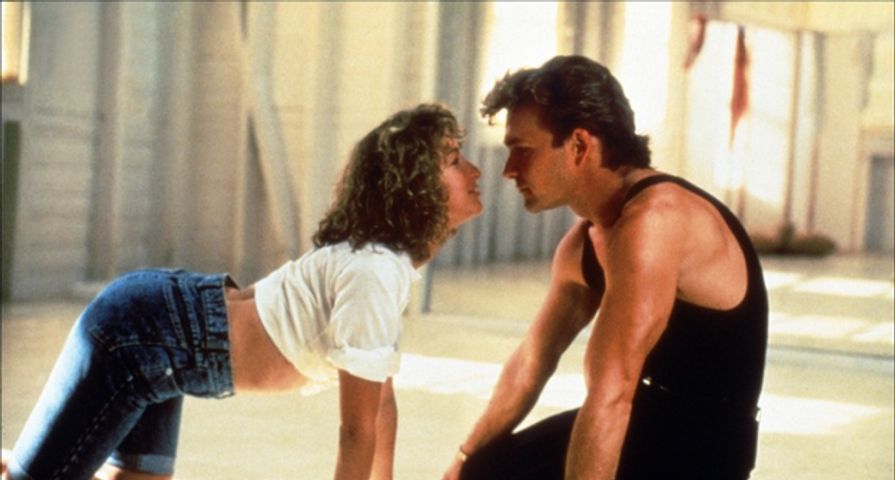 The 1987 film starring Patrick Swayze and Jennifer Grey called Dirty Dancing is one of those films that has gone down in history. This iconic flick is known as one of the greatest films of all time with Oscar and Grammy-winning music that beat out both Michael Jackson and Bruce Springsteen on the charts. Dirty Dancing blew audiences away with the romantic story of a young girl named ‘Baby’ who falls in love with a camp dance instructor named Johnny Castle while vacationing at a Catskills resort with her family, plus it has some great dancing, of course! It’s been over 30 years since the film was released, and we’ve decided to take a look back at the making of the film. Here’s 10 things you probably didn’t know about Dirty Dancing:

Kelly Bishop was originally cast to play Vivian Pressman, the “bungalow bunny,” when the woman who was cast as Mrs. Houseman developed an illness and had to back out of her role. Directors took Kelly Bishop out of her randy resort cougar role and shifted her over to the role of Baby’s mother. To fill her previous role the directors asked assistant choreographer, Miranda Garrison, to act as Vivian. The success of the movie and Bishop’s character change ultimately lead to her long-running role as Lauren Graham’s mother on Gilmore Girls. 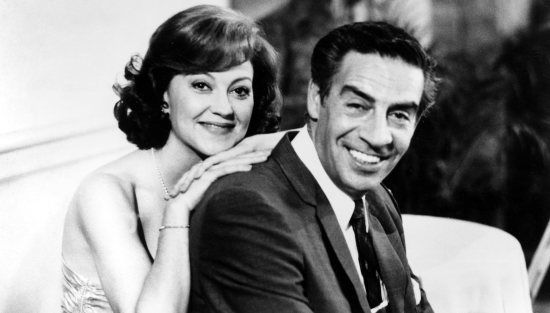 9. Patrick Almost Wasn’t in the Film

Similar to Bishop, Swayze wasn’t the first choice actor for the role of Johnny. He was 34-years-old at the time, 10 years older than the character of Johnny and he didn’t have the dark Mediterranean look that was needed for the role. It was also a common known fact at the time that Jennifer Grey didn’t get along with Patrick Swayze. They had previously filmed the movie Red Dawn together and there was some rumored tension on the set. Filmmakers had decided on using Billy Zane, but it ended up that he didn’t have the same dance chemistry that Swayze had with Jennifer and so the character was rewritten as Irish. 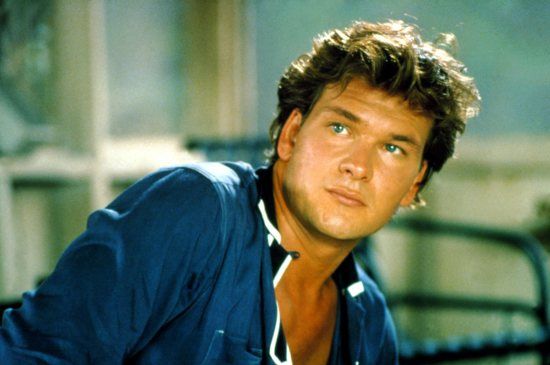 8. The Movie was Filmed in the South

The film takes place in New York, but it was actually filmed in Southwest Virginia at the Mountain Lake Resort and a camp in Lake Lure, N.C. Filming was split up between these two places — the outdoor scenes were shot at the camp whereas the indoor scenes were shot at Mountain Lake Resort. To this day the resort holds a themed Dirty Dancing weekend event every two weeks. And even though it is set to take place in the summer, it was shot in mid-October so all the leaves were beginning to turn orange. Set decorators had to go to the camp and spray paint all the leaves in the outdoor scenes green.

In an interview with the Huffington Post, Linda Gottlieb (the producer for MGM Studios in the 1980s) said the name ‘Dirty Dancing’ was developed before the script was even written! Gottlieb told interviewers that she invited the screenwriter, Eleanor Bergstein, to lunch to discuss film ideas. She recounted the experience: “I said, ‘Well whats the story?’ And she said, ‘I don’t really have a story, but it should involve Latin dancing…’ So I switched up the subject and said, ‘Tell me about yourself.’ She said, ‘I grew up in Brooklyn, my father was a doctor, I was one of those kids who used to go across the tracks to go dirty dancing. I said, ‘That’s a million-dollar title! Now we’ll figure out the story.'” She said the two of them invented the character of Johnny over lunch afterwards. 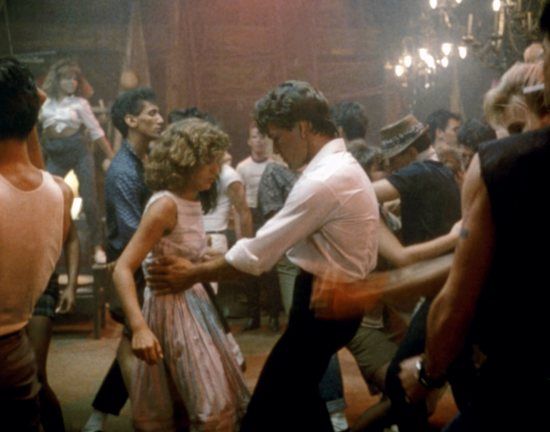 6. The Script is Based on Eleanor Bergstein

The script is based on screenwriter Eleanor Bergstein’s childhood. She grew up in Brooklyn, but her family used to vacation in the Catskills during the early ’60s. Her father was a Jewish doctor and she had a sister named Frances. Growing up people called her “Baby” until she was in her early twenties. She worked as a dance teacher when she was in college and in an interview said, despite the fact that many people think she’s ‘Baby’ in the film, she’s got a lot of Johnny in her as well. However, a lot of the inspiration for Johnny is said to have come from a dancer she knew in Brooklyn named Michael Terrace. While Eleanor was working on the dance steps for the film, the director and choreographer told Eleanor to reach out to some of her old partners to dance with and she responded, “My old partners are either in jail or out on parole. It was a very rough neighborhood.” 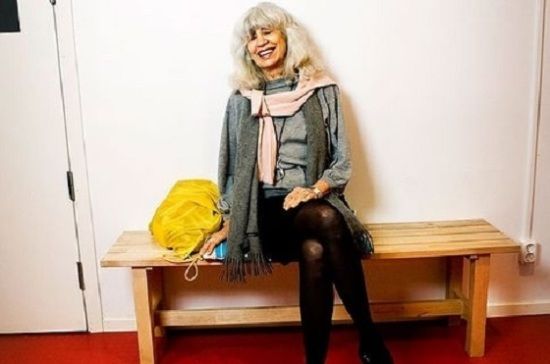 5. The Film was Never Supposed to be Popular

The movie wasn’t expected to be popular; it kind of flew under the radar while filming and only cost $5 million to make. And things got even worse when the film was finished and test screenings got awful ratings from viewers. It was even considered that the film skip the box office and go straight to video sales. Even the movie’s producer Aaron Russo was convinced the film was going to flop and at one point said, “Burn the negative, collect the insurance.” But when it was released it made $64 million at the box office in North America and $170 million worldwide!

The best part about the movie Dirty Dancing is that a lot of the scenes of Johnny struggling to teach Baby how to dance are real. Jennifer Grey wasn’t a seasoned dancer, whereas Patrick Swayze was, so when they were filming the movie there was definitely a lot of Jennifer giggling or crying out of frustration trying to learn from Patrick how to dance. Also the now iconic photo of the two of them on the floor wasn’t staged either, the two of them were trying to warm up by goofing around on the floor and the director liked it so much, he put it in the film. 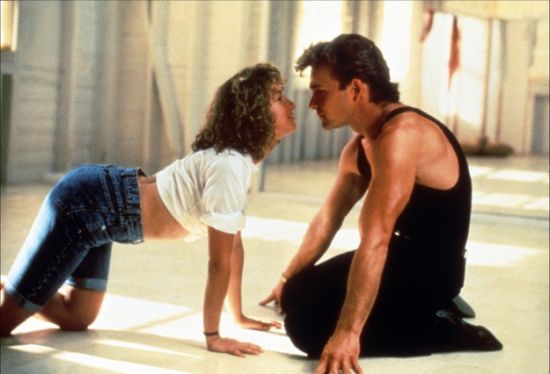 3. Dancing in the Lake

In the scenes where Johnny and Baby are practicing their dance moves in the water, the temperatures were horrific. That scene has no close-ups of their faces because their lips were blue. Despite the film taking place in the summer, the movie was shot in October, so the lake was extremely cold. Patrick Swayze described the process: “It was horrifying, hypothermically cold in that lake, and we filmed that scene over and over. And despite the fact that Jennifer was very light, when you’re lifting someone in the water, take after take after take, even the skinniest little girl can feel like 500 pounds. By the time we finished shooting that sequence, my arms were like rubber, my body temperature had plunged.” 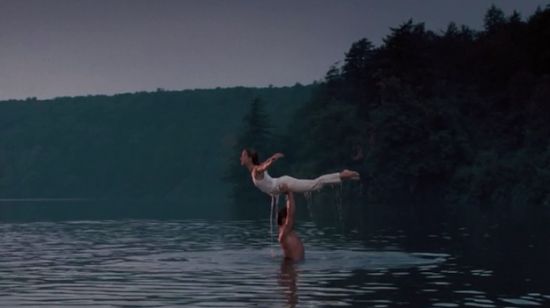 When Jennifer Grey and Patrick Swayze do their famous dance lift in the film, it was their first attempt. Although the two did pull it off during their audition, they didn’t practice the move after that at all. In an interview with Self magazine, Grey admitted that she was too scared to practice the scene while they were filming, so she waited until she absolutely had to do it to film the scene. She said, “The day you see me do it in the movie is the first time I do it.” She also said that Patrick couldn’t understand her fear because he was the kind of person who was physically fearless. 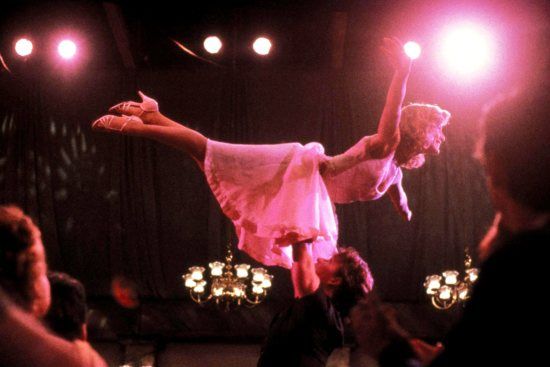 1. Nobody Puts Baby in the Corner

The now iconic line “Nobody puts baby in the corner” was almost cut from the film. In an interview with the American Film Institute, Patrick Swayze admitted that he hated that line and did everything in his power to have it cut from the film. It wasn’t until he saw the film in its entirety that he realized the importance behind it.