10 Things We Miss About Desperate Housewives 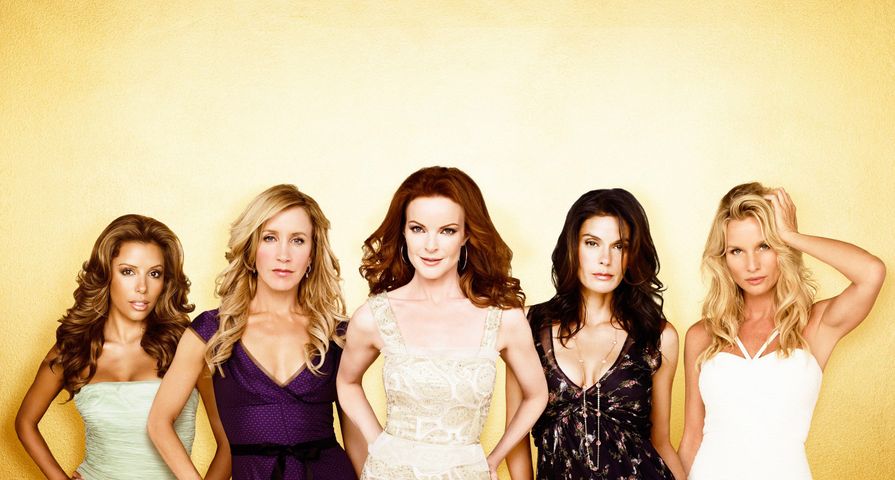 ABC’s dark comedy Desperate Housewives took viewers on a journey through the pristine Wisteria Lane where its most sinister residents attempted to hide their misdeeds along with their dirty laundry. The series first aired in 2004 and began with the suicide of Mary Alice Young who narrates the story from beyond the grave. Four housewives — Susan Mayer, Lynette Scavo, Bree Van de Kamp, and Gabrielle Solis — who appear to have perfect lives are involved in murder, adultery, and substance abuse. The show’s eight seasons covers 13 years of the characters’ lives and fans everywhere have missed these femme fatales for the past 3 years. Here are 10 things we miss most about Desperate Housewives!

The kooky and wise neighbour Karen Cluskey (Kathryn Joosten) who used a taser on a “fake” neighbourhood kidnapper, is sorely missed after she passed away from lung cancer. A month before her last episode aired, Joosten died of brain cancer.

While the characters were all backstabbers, off-screen the show had a lot of heart. For instance, after Gabrielle’s (Eva Longoria) gorgeous ‘lawn mowing’ gown appeared in the pilot, a fan requested the designer’s name hoping he or she could make her prom dress. She got the shock of her life when Gabrielle’s dress showed up at her door.

7. The Housewives Losing It!

Everyone who has kids can relate to Lynette Scavo (Felicity Huffman) screaming and tearing apart her kitchen as she releases her shear frustration over being a mom. Fans loved knowing they weren’t the only ones who had worse tantrums than their kids.

One of the most fantastic scenes that all fans loved was Bree Van De Kamp (Marcia Cross) wearing heels, a gorgeous red dress, and loading her shot gun to shoot George Williams (Roger Bart) who was singing on her lawn during a dinner party.

4. The Ladies and Their Weapons

Edie Britt (Nicolette Sheridan) comes after Karl Mayer (Richard Burgi) with a rake, only to see him get hit by a truck before she gets a chance to whack him.

The housewives were smoldering while doing chores in their cute teddies, not to mention Susan Mayer (Teri Hatcher) running down the lane in her bra.

Who doesn’t miss the gossip in Wisteria Lane and the scandals splashed all over the tabloids?  For instance, Nicollette Sheridan’s (Edie Britt) attempted law suit against creator Marc Cherry and ABC for wrongful termination and assault.

Susan Mayer (Terry Hatcher) falling into a wedding cake was a riot in the episode “Come In, Stranger.” Hatcher refused to stop filming after she broke two ribs.