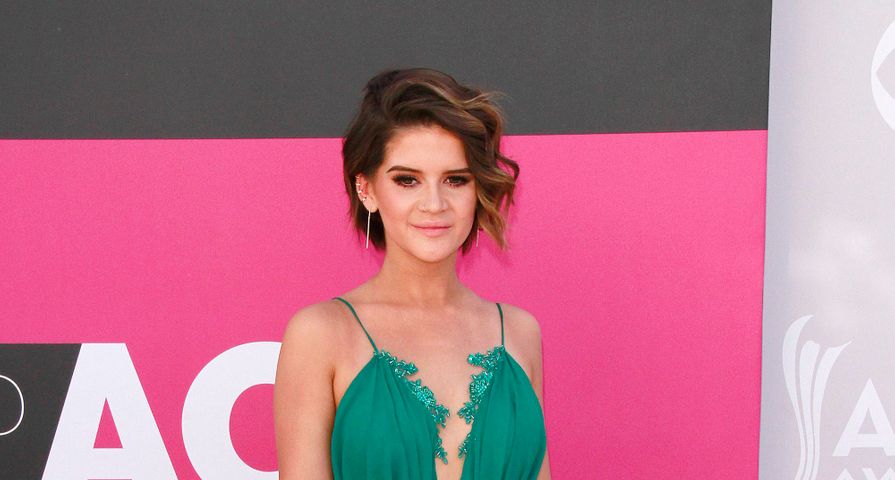 Ever since rising country star Maren Morris released her newest album in June 2016, she’s experienced a whirlwind rise to fame. Hero reached the No. 1 spot on the country albums chart and No. 5 on the Billboard 200, and since then she won Best Country Solo Performance at the Grammy Awards (one of four nominations that night), New Female Vocalist of the Year at the ACM Awards and New Artist of the Year at the Country Music Association Awards. After such an amazing year we expect big things for her in the future, so here are 10 things you probably didn’t know about country star Maren Morris!

10. Turned Down by Competitive Singing Shows

We’re sure they’re kicking themselves now, but back before she made it in the “big leagues” Maren Morris tried out for two of the biggest singing competition shows, The Voice and American Idol, and was turned down by both! Luckily these rejections didn’t stop her from pursuing her dreams and ironically things came full circle in 2016 when her hit single “My Church” was performed by Jenna Renae on American Idol and Mary Sarah on The Voice. “I think about all the freaking talent shows I’ve tried out for in my life and I’m so glad I didn’t make any of them,” she said in an interview with Rolling Stone.

9. Career as a Songwriter

The “80s Mercedes” singer originally moved to Nashville at the age of 20 to be a songwriter for the Music Row publishing company Big Yellow Dog. It was during this time that she penned the songs “Last Turn Home” for Tim McGraw, “Second Wind” featured on Kelly Clarkson’s Piece by Piece album, “Greener Pastures,” for Brothers Osbourne and three others for Jessie James Decker. She’s also penned many songs for the hit show Nashville.  Her song credits include “Blind,” performed by Aubrey Peeples, “This Is Real Life,” performed by Connie Britton and Lennon & Maisy, as well as “Boomtown,” which was performed by Hayden Panettiere and Will Chase.

Even though she’s being nominated as Best New Artist at the Grammy Awards, iHeartRadio Music Awards and Radio Disney Music Awards, Hero isn’t her debut album — it’s her fourth! The reason it’s gaining more attention is because it’s her first record for a major record label and the only one to land on the charts. Hero topped the Billboard Country Albums spot, but she has also recorded the albums Walk On (2005), All That it Takes (2007) and Live Wire (2011).

Arguably one of her biggest hits behind “My Church” is “80’s Mercedes,” another single off her Hero album. The name of the song came to her while talking to a friend in L.A. about a guy. She recounted the story in an interview with Glamour: “She said to me, ‘He’s got this car, and it’s this old 80’s Mercedes, and it’s awesome.’ I completely paused and stopped listening and had to write it down in my phone. I just thought it would be such a great title. I didn’t know what it would be about, but when I went to Nashville the next morning…said, ‘I have this title: ’80’s Mercedes,’ and it may sound dumb, but I want it to be fun and a summertime song.'” She wrote it the same week she wrote “My Church.”

Not only is she an amazing songwriter and a Grammy winning singer, she’s also appeared on the small screen as an actress! Morris had the opportunity to make a guest appearance as herself in an episode of NCIS: New Orleans earlier this year. For her role, she performed an acoustic version of her hit single “My Church.”

Maren Morris didn’t have to look far to find the love of her life! She’s currently in a relationship with fellow singer and songwriter, Ryan Hurd. He’s responsible for writing Blake Shelton’s hit song “Lonely Tonight,” and co-writing “I Wish I Was” with Morris, and Dierks Bentley’s “I’ll Be The Moon,” a song she’s featured on. She met him during a writing session in 2013 when they collaborated on the song “Last Turn Home” for Tim McGraw’s Sundown Heaven Town album, but they didn’t start dating until 2016. “Having him be this safe place to land after a crazy adrenaline rush or a low night is great. I don’t need anyone else, but it’s so nice to have the luxury of someone you love rooting for you. It feels very equal,” she said to Glamour.

4. Inspiration Behind “My Church”

The idea behind the song that threw her into stardom came from the open road in California. She was in Los Angeles for a songwriting session with her producer busbee and doing her best to come up with some new song ideas when it all of a sudden came to her while driving down the Pacific Coast Highway with the radio cranked and the ocean views alongside her. That song was undoubtedly the tipping point in not only her career, but her life. “That was really the tipping point of me going from songwriter to artist. The second that song was done and we were listening back to it, the first thought in my mind was, ‘Wow, they were right. I’m not sending this to anybody,” she told NPR.

She grew up in Texas with her two parents and a younger sister and began exploring her creativity with poems and karaoke at a young age. She received her first guitar when she was 12-years-old, which then led to her creating her own music. She took her poems and changed them into lyrics, then at the age of 11, her parents began driving her out to perform at honky-tonks across Texas and Oklahoma. “I started playing all around Texas – any bar or club that would let me in there. I was the only kid in school that had a job on the weekends!” she said on her website.

As she honed in on her songwriting craft, she was told her songs were becoming too personal and even she found it hard to sometimes shop them out to other singers. That’s when the idea of her singing them herself came to be. She began to realize the songs would have more meaning if they came from her. “At the time, I didn’t realize it was becoming an album, but it was. When I finally admitted that I missed performing, I realized I had an entire catalog of material that is just a diary of what I’ve been going through the last year,” she said in an interview with Glamour.

The Texas native singer was born in Arlington on April 10, 1990 to her parents Scott and Kellie Morris. In honor of her roots, the city’s mayor proclaimed December 27 as the official Maren Morris Day in 2016. She was honored with the proclamation in her parents local hair-salon.