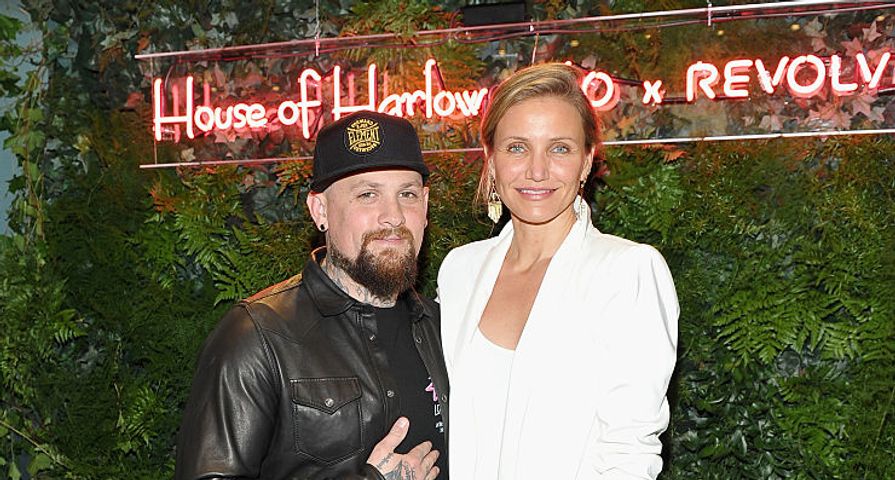 If there is one celebrity couple that no one saw coming, it would have to be Cameron Diaz and Benji Madden. The stunning movie star was known for her high-profile relationship with men such as Matt Dillon, Jared Leto, Justin Timberlake, and Alex Rodriguez, so tattooed Good Charlotte rocker Benji Madden did not seem like her type. After years of promising relationships coming to an end, however, Diaz and Madden found true love together, and have remained very elusive about their relationship to the media and the public. Get to know the pair better with these 10 things you didn’t know about their relationship:

Although both Diaz and Madden have been pretty tight-lipped about their relationship, a few months into their marriage, they started opening up a little more. It was revealed early on that Diaz’s good friend Nicole Richie had introduced the two as Benji Madden is, of course, the twin brother of Richie’s husband Joel Madden. In an interview in April 2016 on Andy Cohen’s radio show, Diaz opened up even further about their initial meeting and her instant attraction to Madden. “It was one of those things where everyone tells you, ‘You just know when you know.’ I was like, ‘What does that mean?’ Oh I get it. You just know when you know. Like you’re my husband. The first thing I said when I first met my husband was, ‘He’s hot!’ How come I didn’t know this before? We had never been in the same circle.” She revealed that she then saw him again when she had a dinner party at her house with Nicole and Joel, and Joel asked if he could invite his brother too. “Then I saw him again and I was like, ‘Wait a second, still hot!'”

It is really hard to get a concrete timeline on their relationship because of how coy they were about dating, but to it seems they officially starting dating around May of 2014 and wasted no time flying through the romance. By June it was already reported the pair were living together with sources stating, “Since he’s been with Cameron, he’s been staying at her place! They’re moving really fast!” That same month the two jetted off to Florida where Diaz, 44,  introduced Benji, 37, to her parents, and by December, their engagement was confirmed when, only a few months before in October, Diaz told Marie Claire, “I’m not looking for a husband or marriage or not not looking for that stuff. I’m living, not thinking what I should or shouldn’t be doing with my life.”

It was a long road to wedded bliss for Cameron Diaz and Benji Madden, and in years before, Diaz had even said she really didn’t think she would get married. Diaz famously dated Sean Combs (P.Diddy) and had longterm relationships with video producer Carlos de la Torre, as well as Matt Dillon, Jared Leto, Justin Timberlake and even New York Yankees star Alex Rodriguez. As for Benji, he started dating Australian starlet Sophie Monk in 2006 and they became engaged in 2007. In February of 2008, however, Monk’s agent confirmed that the two had split. He briefly rebounded with Paris Hilton but had no other public relationships until he and Diaz began dating in 2014. After marrying Madden, Diaz said she doesn’t even “remember” her past relationships, adding, “All of that is like, that’s the thing, that’s how I know he’s my husband… No one compares. Everything else just like washes and slips away. You realise like, ‘Oh this is like the real thing is. This is what real love is. This is what real commitment and devotion is. This is the person you build your life with.”

Through the months of their romance, the two were spotted out and about many times, either going to the gym in New York or L.A., or visiting Nicole and Joel, or even going on a trip, but not once did they ever publicly address their relationship. After all the paparazzi photos, the two made their first official appearance as a married couple in January of 2015 when they got caught on the “Kiss Cam” while attending an L.A. Lakers game. The pair had enormous smiles on their faces and happily obliged fans with an enthusiastic kiss which sent the crowd wild.

Due to how quickly their romance moved, paparazzi kept a very close watch on Diaz’s hands for any new jewelry. In October of 2014, Diaz covered all the headlines when she stepped out wearing a flashy ring on her engagement finger. While at an event Diaz sported a ring with a snake-like band and a sparkling stone, but of course it wasn’t until December that it was finally confirmed the pair were actually engaged!

After a December engagement, speculation began about when the fast moving pair would tie the knot. Fans wouldn’t have to wait long, however, as the two were finally married on Monday, January 5, 2015. The secretive duo pulled off the incredibly quick wedding by not only hosting it on a Monday, but doing so at their own Beverly Hills home, and the only photo caught of Diaz from the day had her covered head to toe in a sheet on her property so that no paparazzi could see her. The ceremony was only 15 minutes long and included many famous guests such as Judd Apatow, Drew Barrymore, Toni Collette, Leslie Mann, Will Kopelman and more who reportedly only found out what they were attending an hour before it all started. “We got married in our living room in front of our friends. Had a little party in our backyard on the tennis court and yeah. Otherwise it would have been something else,” Diaz said of their big day.

After a secret wedding in which even the guests were kept in the dark, it isn’t surprising that they weren’t forthcoming with their plans for the honeymoon. In the end, the two didn’t go anywhere exotic — they instead took off to Jackson Hole, Wyoming, where they stayed in a luxury cabin at the Shooting Star resort for one week. According to sources, they had a low-key time and just really enjoyed the food and, of course, spending time with each other.

It is pretty obvious that Diaz and Madden are far from traditional, but Diaz revealed she had developed a pet name for her husband. In an interview with Ellen DeGeneres, Diaz said, “I call him a lot of names. ‘Muh-buh.’ You know how things start with ‘baby’ then to ‘bae’ then it goes to ‘buh’? Soon I’m just going to go ‘uh’ and he’s going to know I’m talking to him.” It seems, however, that Madden likes his wife’s name just the way it is as he had her name “Cameron” tattooed across his chest right above a tattoo of a heart.

2. Learning From Each Other

Before Madden, Diaz was known for her blunt remarks about soulmates, “the one,” and marriage but it seems that all changed very quickly for the star upon her marriage. In the same interview with Ellen DeGeneres, Diaz got candid about what being married had taught her and she said, “Someone asked me, ‘What’s your favorite thing about being married?’ and I said, ‘I just learned so much about myself. I didn’t know these things. I would have never known them if I didn’t have my husband to help me.” She then joked, “And they said, ‘What’s the worst thing about being married?’ It’s like, ‘Well I learned all these things about myself that I wish I didn’t know. And I wouldn’t have learned them if I didn’t get married.’ So it’s a double-edged sword.”

For quite some time, everyone thought that Cameron and Benji had only really formally met in 2014, which is when she says she declared, “he is so hot!” However, it turns out the pair had not only met but had hung out almost 10 years earlier. In 2004, Diaz and Madden were both on hand for a charity event, the “For The Children Celebrity Basketball Game,” at Office Depot Center in Florida. The pair were seen chatting on the court and even had a picture of Benji resting his head on Diaz’s shoulder, but at the time, Diaz was dating Justin Timberlake and had no eyes for anyone else.