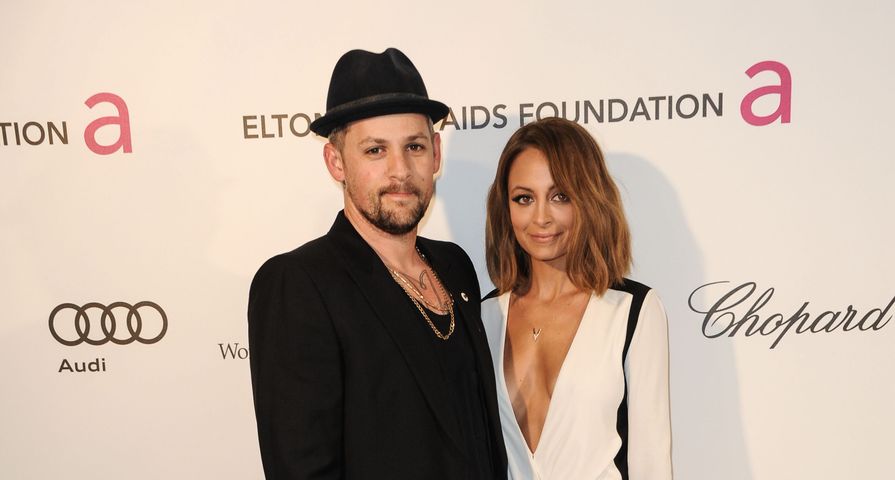 Surprisingly, Nicole Richie and Joel Madden have one of the most solid relationships in Hollywood. They’ve been together for over a decade, have two children together, Harlow and Sparrow, and have weathered countless breakup rumors. These two are definitely the real deal. Since we all secretly wish we could have a relationship more like theirs, here are 10 things you didn’t know about Nicole and Joel’s romance:

Nicole and Joel began dating in December 2006, shortly after he had broken up with Hilary Duff, who he’d been dating for two and a half years. According to him, he had to convince the reality TV star to go on a date with him. “Obviously, the first thing is, ‘What does your guy look like?’ I am not the tall, dark, handsome guy. But it’s when you get to know me, like how I got Nicole. When I would first see her around, we were friends, I was like, ‘Just give me a shot! Just give me a shot. One date.’ (I thought), if I get my foot in the door. That’s how it has always been with girls. I have never been the obvious (choice). But once they give me one date, you know, I do the song and dance. That’s how it was with my wife.”

9. Marriage Was Always in the Cards

Within six months of dating, the Candidly Nicole star was pregnant and the couple was already talking about marriage. “Obviously, marriage is in our future,” the Good Charlotte singer told Ryan Seacrest. “Don’t know when or where or how, but right now our priority is our family and is the baby. That’s all we’ve been thinking about. We are in love and are really happy.”

Both Joel and Nicole come from broken homes but, once she got pregnant, they made sure that they would find a way to make it work no matter what. “We met and we were partners from day one. And from the second we found out we were going to parents together, we looked at each other and we said, ‘Okay, both of our parents are divorced. We both have had ups and downs with our parents and we don’t really have a strong example of what a healthy family life is. But, we’re recognizing that now, so let’s work at it and let’s go through this together as a team.’ It’s been great,” Nicole told Oprah on her Where Are They Now? series. “And I would say that’s the easiest and hardest part.”

The former Simple Life star announced her engagement to the world by appearing on The Late Show with David Letterman wearing an engagement ring in 2010. Joel responded on Facebook telling fans that he and Nicole had already been engaged for a while. “Yep. i’m engaged. Very happy. Yeah we’ve been engaged for a while so your all kind of late on that. But Thanks for the hooplah all the same,” he tweeted.

They were married in December 2010 in front of 130 guests at her father Lionel Richie’s estate. She wore a white dress by Marchesa, their rings were by Neil Lane and guests included Benji Madden, Sam Ronson, Khloe Kardashian, as well as Gwen Stefani and Gavin Rossdale. Nicole told People that the ceremony and celebration were “magical” and that it “was the best night of her [her] life.”

Things between Nicole and Joel got serious fast. According to the reality TV star, the Good Charlotte rocker met her parents, Lionel Richie and his first wife Brenda, almost immediately. “I brought him over to my dad’s house,” she told Harper’s Bazaar. “They’re both musicians, they’re both from the South, and they’re both very conservative, so they got along right away.”

4. His Admiration for His Wife

Joel told OK! Magazine that he hopes his daughter, Harlow, becomes a strong woman, just like her mommy. “My daughter – I hope she’s like her mom because her mom is one of the strongest women I’ve ever met. You cannot f**k with her. You can’t f**k with Nicole, even if you think you are f*cking with her. I’ve never met anyone on her level. She’s just on a whole other level. I just hope that Harlow is like that.”

In 2007, they created The Richie Madden Children’s Foundation. According to Nicole, they started the foundation because of all of the gifts that Harlow received that they didn’t need. “I got like 10 cribs and 20 strollers. For one little girl! So we wanted to take the gifts we got and give them to the people who actually needed them,” she told Harper’s Bazaar. They celebrated the launch of the foundation with a surprise baby shower for 100 expectant mothers at the Los Angeles Free Clinic. They handed out more than $200,000 worth of gifts, including Fisher-Price toys, Dr. Brown’s bottles, Oopa baby slings, Graco products, including strollers and high-chairs, Baby Bjorns, cribs, mattresses, diapers and socks.

The couple has two children, Harlow Winter Kate, born in 2008, and Sparrow James Midnight, born in 2009. According to Joel, he and Nicole called their son Sparrow so that he would have something to stand up for. “There’s also the Captain Jack Sparrow connection. It reminded me of the Johnny Cash song ‘A Boy Named Sue.’ My worry raising a son in Hollywood is what will he have to struggle for? I wanted to give him a name that he’s going to have to stand up for. I love it; I think it’s a beautiful name,” he told People.

One thing that Nicole and Joel try to provide their children with is stability. “Joel and I both grew up in what other people would call an unstable home. We both come from divorced parents and did a lot of moving around, so it’s very important to us to create a stable environment for our kids… or at least try to,” she told the Telegraph. This means that Sundays are exclusively for the family. “I am not available to anybody but family, and we’re at the house all day, cooking and hanging out,” she said.