Home » Entertainment » Celebrities » Things You Might Not Know About Anna Faris 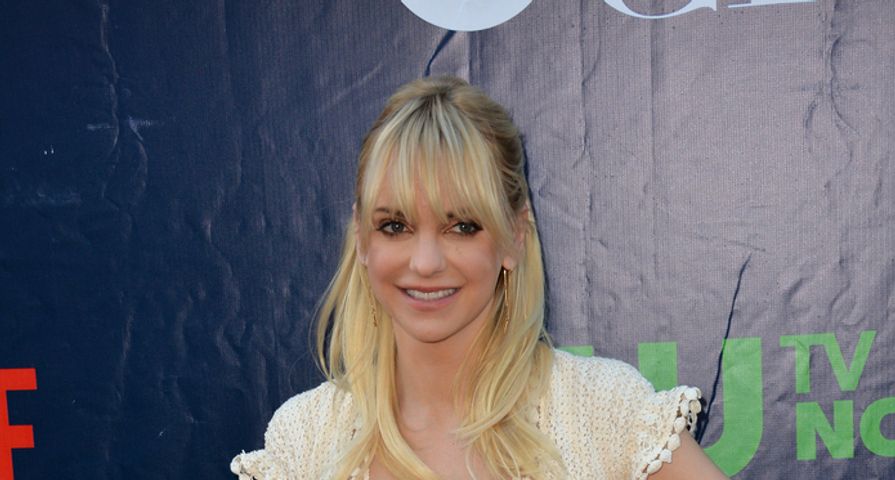 Anna Farris got her big break in the horror-comedy parody Scary Movie back in 2000 and she’s managed to build a pretty impressive career in Hollywood thanks to her comedic talents. Despite the fact that she’s been famous for a good part of her adult life, there isn’t a whole lot that is known about the Mom star, which is why we have collected these 10 things to help you get to know her better:

10. Born to be a Comedic Performer

When she was young, she would perform a comedy routine with her retainer, who she nicknamed Alex. He was British and she would pretend to go on talk shows with him. “He was so much smarter than me. … I went on Phil Donahue and I would put Alex on my knee and I would sit in front of the mirror. … He would help me with everything,” she told Conan O’Brien. She would also stage murder mystery parties with her Barbie dolls. “One Barbie would die and the rest of the Barbies would have to figure out who the killer was. It was usually Peaches & Cream – she’s like a Southern belle Barbie,” she said. 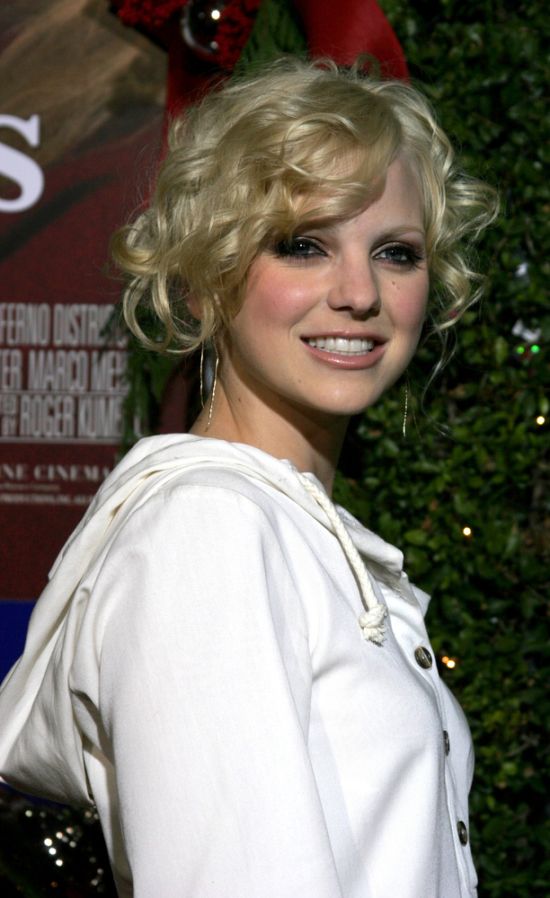 The Hot Chick star’s parents encouraged her to act from a young age and enrolled her in a community drama class for kids. When she was nine, she landed her first professional acting performance in a three-month run of Arthur Miller’s play Danger: Memory! at the Seattle Repertory Theater. She was paid $250 for her work. While in high school, she performed onstage with a Seattle repertory company and in nationally broadcast radio plays, and she also began landing commercial work. She first appeared in a frozen yogurt TV commercial and then in a commercial for Red Robin. After high school, she attended the University of Washington and earned a degree in English Literature. Even though she really loved acting, she never really considered it as a full time job. She would act to earn extra money, but she was secretly hoping to one day publish a novel.

Anna Kay Faris was born in Baltimore, Maryland, on November 29, 1976, to Jack and Karen. When she was six, her family relocated to Edmonds, Washington. Her father was employed at the University of Washington as a vice president of internal communications and was later the head of the Washington Biotechnology and Biomedical Association and her mother was a special education teacher at Seaview Elementary School. She has one older brother, Robert, who is also a sociologist and a professor at the University of California, Davis.

Before Faris married Chris Pratt, she was married to actor Ben Indra. They met on the set of the 1999 indie flick Lovers Lane and were married in 2004. According to Anna, one reason that her marriage failed was because her career took off, but Ben’s stalled. “The divide became too great,” she told Marie Claire. In 2007, she filed for divorce. The follow year their divorce was settled and part of the settlement meant that she had to pay him $900,000, in addition to splitting their property and paying him acting royalties.

After her divorce from Ben Indra, the Scary Movie star went through a phase where she partied hard. “I was like, ‘F-ck it, I’ve got nothing to lose, nobody to support.’ I wore the same Garfield shirt and jeans for three weeks. I had a running joke with my friend: ‘I hope somebody roofies me tonight!’ I didn’t care what people thought,” she told Marie Claire. It didn’t take long, however, for her to tire of this lifestyle and abandon it altogether. 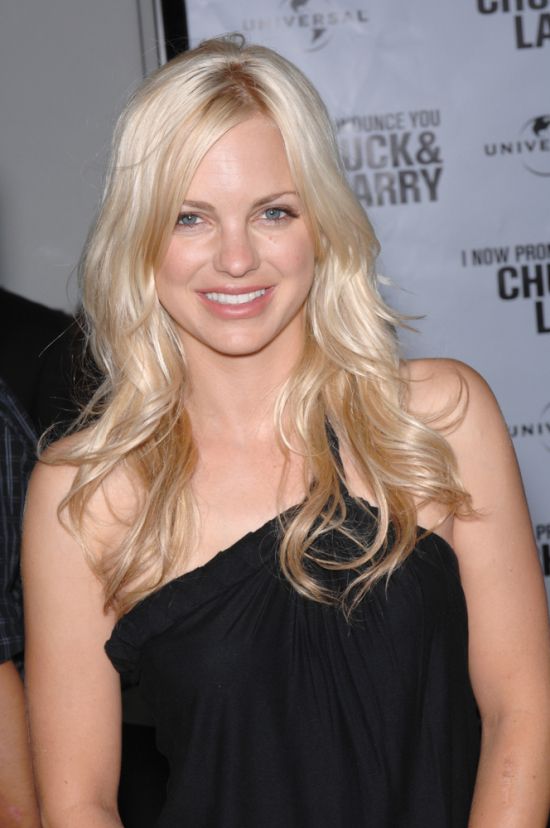 The Smiley Face star met her current husband Chris Pratt when he played her boyfriend in the movie Take Me Home Tonight. She was still married to Ben Indra when they met, so they became friends but, as soon as the marriage fell apart, they starting dating. In 2008, they got engaged and the following year they were married in Bali, Indonesia. They have one son together Jack, who was born in August 2012. 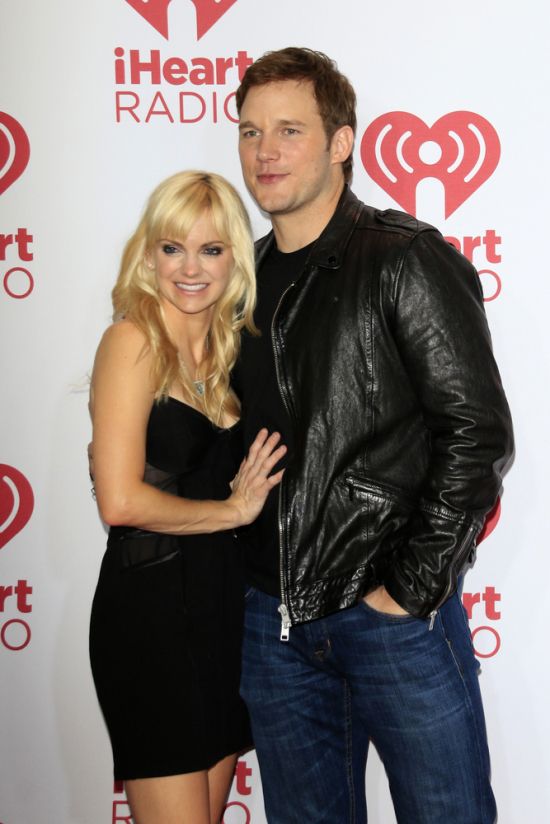 When she starred in the movie The House Bunny, she got collagen lip injections to give herself that centerfold look. She ended up regretting it because it was supposed to be temporary and it ended up taking a while for the pouty lips to disappear entirely. She also wore a seriously padded bra that made her look busty, which she liked so, when filming wrapped, she got breast implants to extend that feeling and also had Botox to get rid the few wrinkles she had. 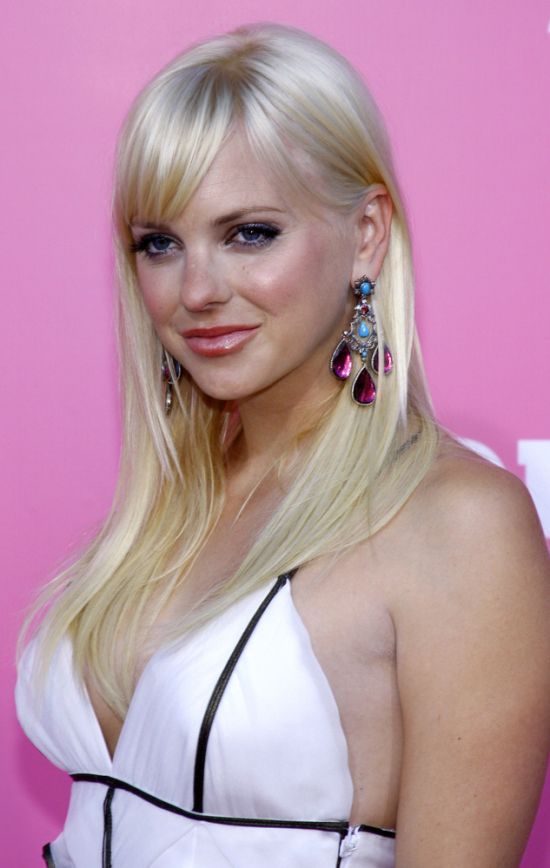 The Just Friends actress and her husband, Chris Pratt, welcomed their son Jack into the world nine weeks before his scheduled due date. “My water broke in the middle of the night at seven months. We rushed to the hospital, and they were able to halt active labor with magnesium,” she told Red Book. “I was at the hospital and the goal was to be in bed for four weeks … but on the seventh day, I went into labor again. I was in denial. For hours I was like, ‘I’m just having indigestion.’ Chris and I were so scared, but then Jack came out, even though he was so tiny, he looked so good to us.” Jack was only three pounds when he was born and doctors told them that they should be prepared for raising a special needs child, but that hasn’t been the case. His only setback is that he needs glasses.

Faris was up for the role of Elizabeth Halsey in Bad Teacher, but it was given to Cameron Diaz. When it comes to auditioning, she finds that she’s usually sixth or seventh in line to read a script and more established actress like Reese Witherspoon, Cameron Diaz, Natalie Portman, Kate Hudson, Katherine Heigl and Anne Hathaway are always ahead of her. 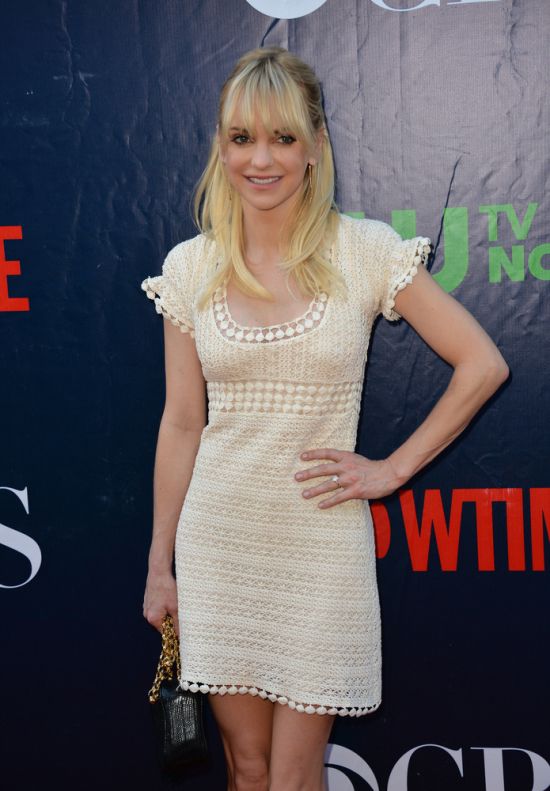 The comedic actress originally wanted The House Bunny to be about a former girlfriend of Hugh Hefner’s who gets kicked out of the Playboy mansion because she won’t sleep with him and then returns to her small, Christian town and becomes a meth addict. When she suggested this to Karen McCullah Lutz and Kirsten (Kiwi) Smith, the writers of Legally Blonde and 10 Things I Hate About You, they suggested that it be about a sorority-house mom instead a meth addict so that it would be more commercially viable. Faris, McCullah and Smith pitched The House Bunny nineteen times before Adam Sandle’s production company, Happy Madison, picked it up. Faris had to wait in a lobby for Sandler to pass through so that she could quickly pitch the idea and he loved her synopsis. It also didn’t hurt that she was wearing a miniskirt! 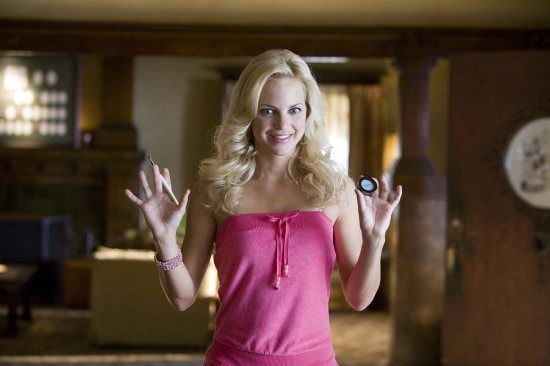