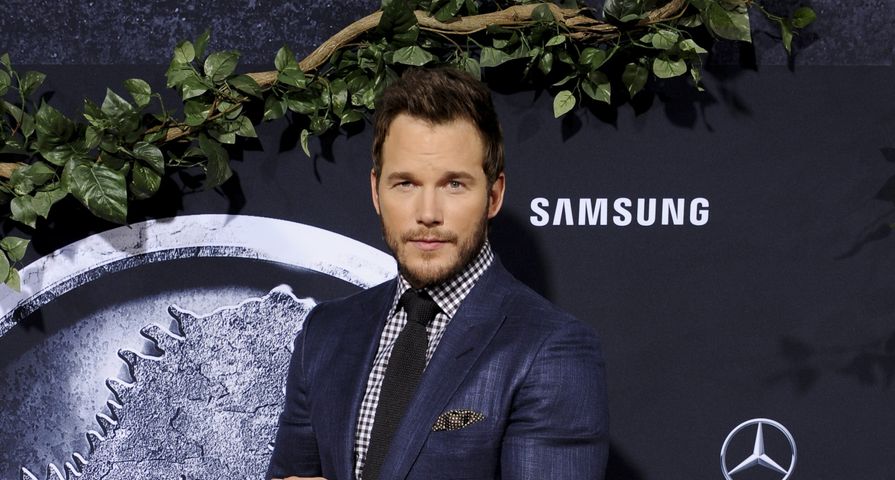 Chris Pratt has been making audiences laugh for years and, as his star continues to rise, he just keeps upping his popularity level. He enjoyed mid-level fame thanks to his role on Parks and Recreation and in movies like The Five-Year Engagement, but things took off when he reached superhero status in Guardians of the Galaxy. He is hilarious, likeable, an adorable family man and one heck of actor. There are so many reasons to add Chris Pratt to your list of actors to love, but in case you’d like to indulge in a few of those crush-worthy aspects, here are 12 reasons we love Chris Pratt.

Body size and shape may matter to Hollywood executives, but fans love Christ Pratt any way they can get him. Formerly on the fuller side, Chris had spent years gaining and losing weight for various roles and also claimed his larger form was in part due to his wife’s yummy cooking (lucky hubby!). But when the decision-makers weren’t sure Chris had the physique to portray a superhero-type, he took to the gym and crafted himself an impressively fit form. When he sent a pic of his newly muscular form to the execs, it clinched his starring role and audiences have been treated with glimpses of his rock-hard bod in roles ever since.

Whether appearing on the small screen or in blockbuster movies, outtakes or final cuts, Chris Pratt is always able to make fans laugh. His charming grin and harmless humor have won him comedic roles and adorning fans alike.

Audiences may not often get to see Chris Pratt showing off his musical skills, but every once in a while, he’ll appear on-screen with a guitar in hand and a tune ready to go. And if you’ve been wondering if his sonic skills are a studio-musician behind-the-scenes, doubt no more. Back in the day, he told Seventeen that he had his own “audio studio” where he recorded his own music. Wouldn’t you LOVE to hear what he recorded?!

Chris Pratt loves sports, he loves football, and he reeeeally loves the Seahawks. Honestly, check out the pics of him, Anna, and little Jack in matching Seahawks gear. Couldn’t possibly be cuter! Described as a “super Seahawk fan” he’s often seen appearing at games cheering on his favourite team and even blowing up social media with his team loyalty. NFL.com stated, “Actor Chris Pratt is more than your average recreational NFL fan… Pratt’s affection for his team has blown up on social media, where he famously trolled Ellen DeGeneres and also waged a “tweef” with fellow Marvel superhero Chris Evans, who plays Captain America and also is a New England Patriots fan.” It appears that superheroes aren’t always on the same side, at least when it comes to sports teams.

Chris Pratt may be living comfortably now with the big bucks rolling in from blockbuster after blockbuster roles. But before he was famous, Chris led a much simpler life. After dropping out of the local community college halfway through his first semester, he took jobs as a discount ticket salesman and even a daytime stripper! Yes, you read that right. Take a deep breath! He was in fact a stripper. The jobs weren’t enough to pay the bills, though, and Pratt ended up homeless, sleeping in a van or on the beach in Maui. “We just drank and smoked weed and worked minimal hours, just enough to cover gas, food, and fishing supplies.” Not quite the Chris Pratt people think of now, but it just shows how far a person can come.

An image of Chris Pratt that fans are more familiar with is that of good-deed-doer. Along with fellow superhero Chris Evans, who plays the popular Captain America, the two made a friendly bet on their beloved football. The consequence of the bet was nothing horrifying or humiliating, instead “the defeated Chris Pratt [paid] his debt in the form of a visit to a Boston children’s hospital – dressed as Star-Lord, his character from ‘Guardians of the Galaxy.’” Could you love ‘em more?

In 2007, Chris Pratt worked on a film called Take Me Home Tonight and he ended up doing just that with his co-star. It was the first time he and Anna Faris met, but according to him he could have asked her to marry him on the very first day. Love at first sight, indeed! He knew it was meant to be, but took his time getting to know her and the two were engaged two years later and married in July of 2009. To this day, they seem as happy as ever and fans adore their adoration for each other and love their love.

In August of 2012, Chris Pratt and Anna Faris welcomed their son into the world. Regularly seen out and about with his doting parents, little Jack’s smile is evidence of the happy family that the three make up. Always holding Jack high, giving him a kiss on the cheek or playing with him,Chris Pratt seems to really love being a dad and fans love that about him.

4. Star Of The Small Screen

Before becoming a massive movie star, Chris Pratt ruled the small screen with roles on some of the most popular TV shows. Fans first got a glimpse of Pratt when he starred on Everwood for four seasons then moved on to the role of eco-activist Ché on The O.C., a part which the show’s creator Josh Schwartz said was created specifically for Chris. “We were looking to inject some real humor back into the show, and Chris was just one of the funniest guys around.” And speaking of funny, in 2009 Chris Pratt scored a role on the hilarious series Parks and Recreation. The role was meant to be small and temporary, but Chris’ character, Andy Dwyer, was so likable that it was turned into a series regular, much to fans delight.

3. Everything Is Awesome With The Lego Movie

Everything certainly was awesome when Chris Pratt voiced the starring animated role in The Lego Movie, the third highest grossing movie of 2014. By-the-book Emmet is as adorable as the actor himself and delighted both little ones and their parents alike while battling Lord Business and his evil Kragle!

Guardians of the Galaxy may have been a blockbuster and grand success for everyone involved, but Chris Pratt originally turned down the starring role, not sure if he could fulfill the part properly. The film’s director, James Gunn, had been struggling to fill the part and Pratt was suggested by the film’s casting director, Sarah Finn. When Gunn met Chris, he felt that Pratt was perfect for the role. Marvel Studios President Kevin Feige was equally impressed by Chris Pratt and a multi-film deal was sealed and in turn, another fan-loving role was solidified for Pratt.

Can you believe that Josh Brolin was originally cast as Owen Grady in Jurassic World? He was indeed until Chris Pratt replaced him in the role that has now become one of his most popular to date. Pratt, already a huge fan of the dinosaur franchise, has described Jurassic Park as his Star Wars. Fans describe him as utterly awesome!