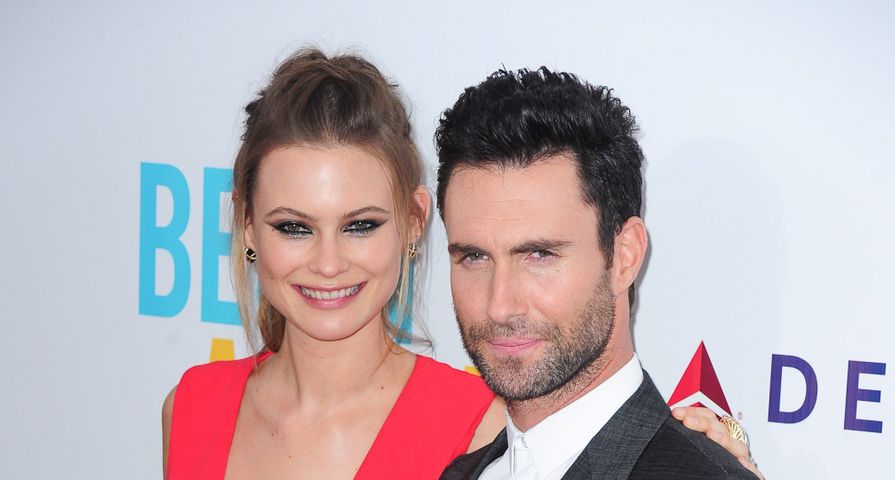 Maroon 5 frontman Adam Levine was making a reputation for himself as a model womanizer, but it didn’t take long before one stole his heart. Adam Levine and Victoria’s Secret model Behati Prinsloo have now been married for two years, and after a rocky start, the two are more in love than ever. Despite a 10 year age difference for the singer and Namibian model, together they have faced many rumors and enjoyed separate and very successful careers, while also staying out of the spotlight as much as possible. Find out more about the gorgeous couple with these 10 interesting facts about their relationship! 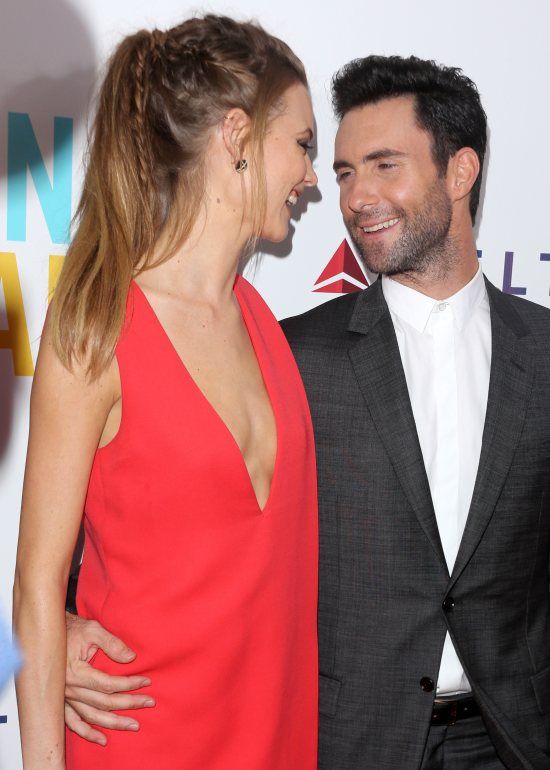 Speaking of Anne V, she was Levine’s first major model hook-up! The two met in early 2010 at a Sports Illustrated Swimsuit Issue release party where Maroon 5 was performing, and shortly after began dating. They dated until 2012 when Anne V announced their breakup to People magazine stating, “Adam and I have decided to separate in an amicable and supportive manner. We still love and respect each other as friends. I wish him all the best.” She reportedly didn’t even consult him before making the announcement and broke his heart, but this also means she was the one who introduced him to Prinsloo the year before at the V.S. Fashion Show. As for herself, Prinsloo dated British model Jamie Strachan from 2005 to 2012 before they called it quits. 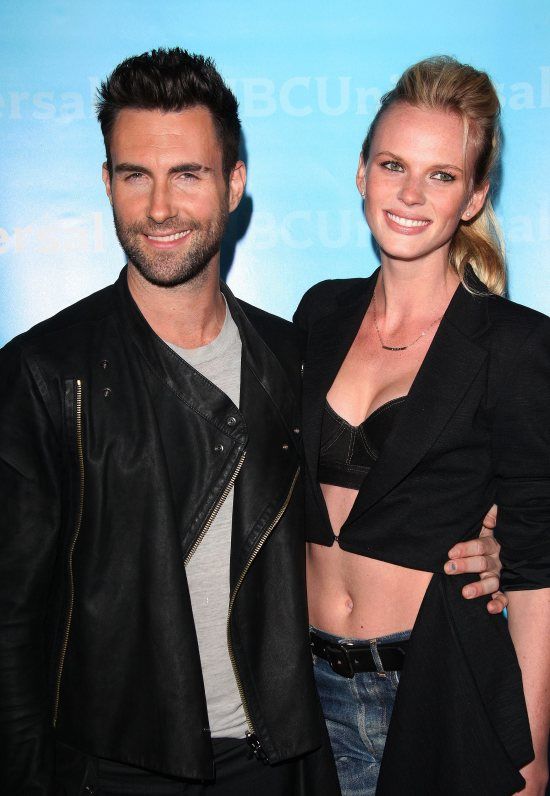 Two months after his “heartbreaking” split from Anne V., Levine was spotted kissing Prinsloo in Hawaii in June 2012 and it seemed that, despite a crushing break-up, it didn’t take much for Levine to fall for another model. Sources quickly said that the while Anne V was dating Adam, “Behati always had a crush on [him]. And she was a little jealous of Anne.” Four months later, in October, Levine and Prinsloo made the relationship red carpet official by attending the GQ Gentlemen’s Ball in NYC together.

After many more months of a developing relationship, things seemed to be going well, that is until Levine shocked everyone when he was caught kissing Sports Illustrated model Nina Agdal in May 2013 while the pair were vacationing in Mexico. At first rumors of cheating surfaced, but it was soon revealed that Levine and Prinsloo had broken up; however, there was no reason given, with one insider stating, “Behati was in and out, but they finally ended it. It wasn’t an abrupt ending.” 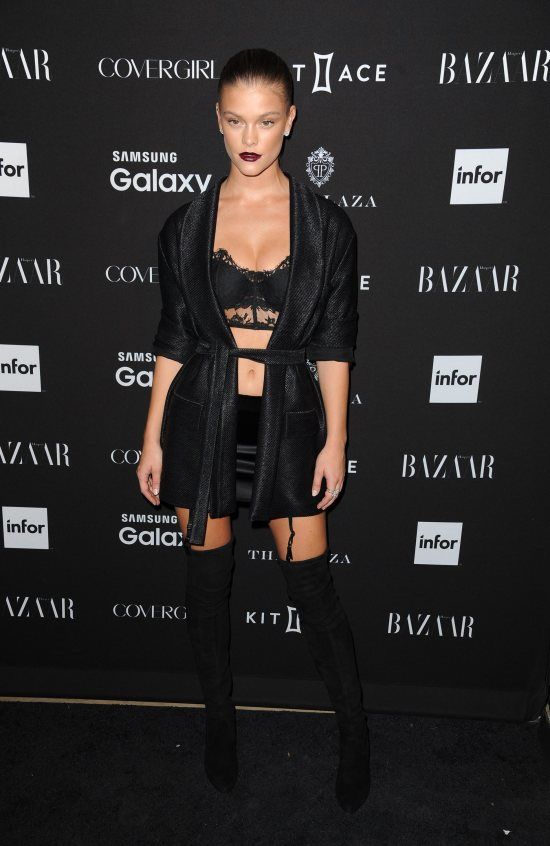 If their abrupt break-up and Levine’s very quick new relationship wasn’t surprising enough, it was more surprising when only two months after he was spotted with Agdal, Levine and Prinsloo were not even back together, but they were engaged! It was reported that, after Mexico, Levine had never talked to Agdal again, but did text her to tell her about his engagement. A year later, the singer opened up about the magic moment in which he asked Prinsloo to marry him while on Live With Kelly & Michael. When asked if he thought there was any doubt she would say “yes,” Levine said, “Man, you know, it doesn’t matter how certain you think you are man, you still get on that knee, and everything turns. You get woozy and you’re like, ‘I’m doing this. Oh my god.’ And like, you can’t be confident about it. I’m confident, but I mean I got on that knee and everything changed immediately. I lost my equilibrium, I had to get on the other knee. I remember one thing I did say, I was like, ‘Both knees, look I got on both knees.’ It didn’t sound charming at all.” Luckily he was charming and confident enough because Prinsloo said yes! 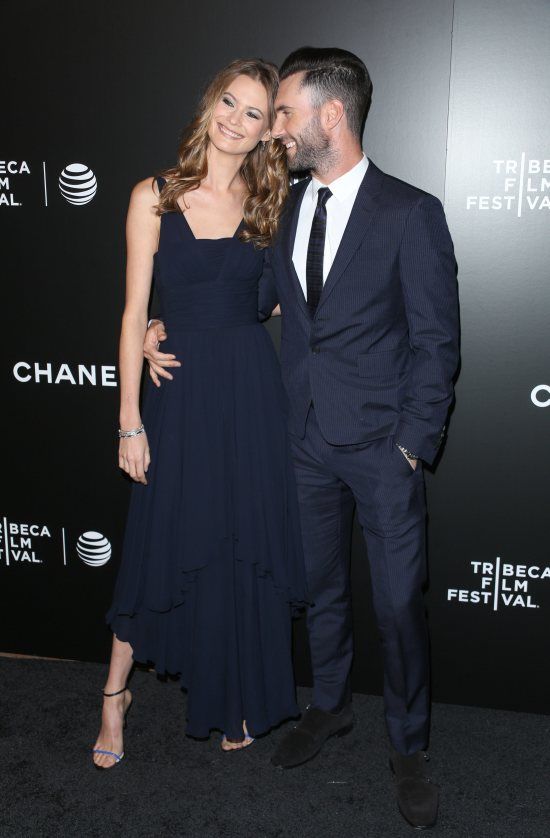 Only one year after the engagement, the lovebirds tied the knot with a wedding in Los Cabos, Mexico, on July 19, 2014. The wedding took place under a tent at Flora Farms were they celebrated with around 300 guests including many celebrity friends such as Jonah Hill, Jason Segel, Erin Heatherton and Candice Swanepoel. Prinsloo wore a stunning Marchesa gown and instead of gifts the famous pair asked for charity donations. Following the celebration, the newlyweds jetted off to South Africa for a honeymoon.

Shortly after their surprise engagement announcement, Levine appeared on The Tonight Show with Jay Leno where he was asked about his new engagement, and his changing views on marriage because of Behati. “Famous last words, ‘I’ll never get married.’ I still don’t necessarily think you have to get married unless you meet someone that makes you want to marry them. And then you marry them and it’s wonderful.” 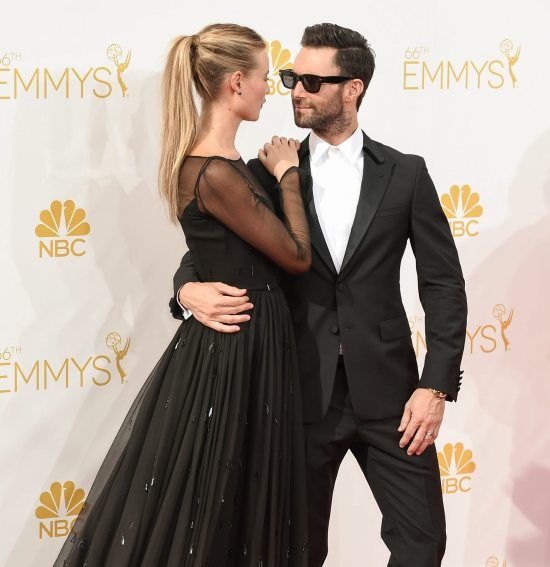 First comes love, then comes marriage, then comes a little model/singer baby in the baby carriage! In March 2016, after several hints, Prinsloo and Levine confirmed that they were expecting their first child together! Shortly after their wedding Levine was asked about their plans for a family and he responded, “Yeah, we’re gonna do it at some point in the not-so-distant-slash-undisclosed-slash-I-really-have-no-idea-big-question-mark future. A month after their announcement, the pair then revealed they are having a baby girl. On September 21, 2016, Dusty Rose was born and on February 15, 2018, their second daughter, Gio Grace, was welcomed in the world.

After their wedding, Prinsloo revealed that she and Levine celebrated their marriage by getting a couple of matching tattoos. The gorgeous model said that she and Levine both got script that reads, “you’re so cool, you’re so cool, you’re so cool,” and Prinsloo got hers on her side while Levine had his placed on his right bicep, and they also decided to get matching ring finger tattoos. “It means being one with the earth. And I just wanted it on my ring finger. When I take it off, it’s still there,” Prinsloo said. “I wanted a ring, but everybody does the ring, so I did three dots.”

As with all celebrity power couples, many fans want to know just how much cash they are pulling in for their glamorous lifestyle, and for Levine and Prinsloo that magic number is $63 million. $60 of that comes from Levine alone who has earned the whopping amount thanks to his role as Maroon 5’s lead singer, as well as a coach on The Voice, and thanks to his many endorsement deals. Meanwhile, Prinsloo is bringing in her own $3 million thanks to her job as a supermodel and most notably as a Victoria’s Secret Angel. 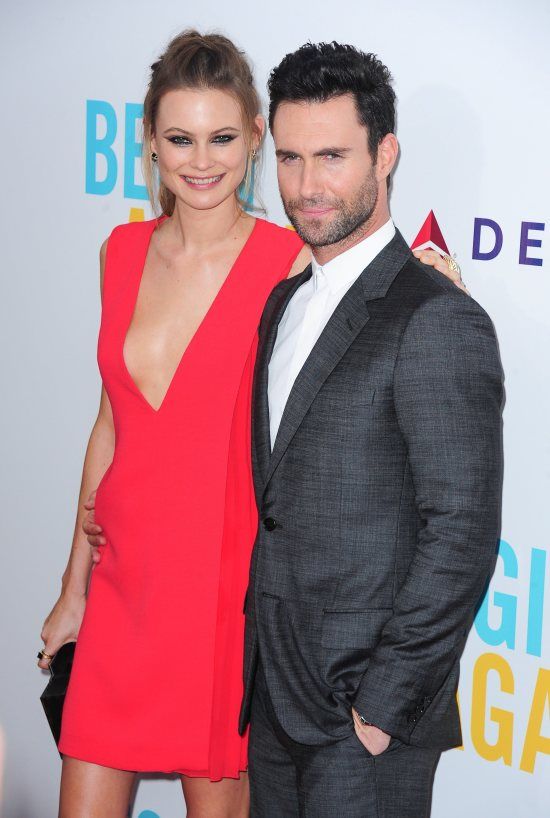