10 Terrible Movies That Made A Lot Of Money 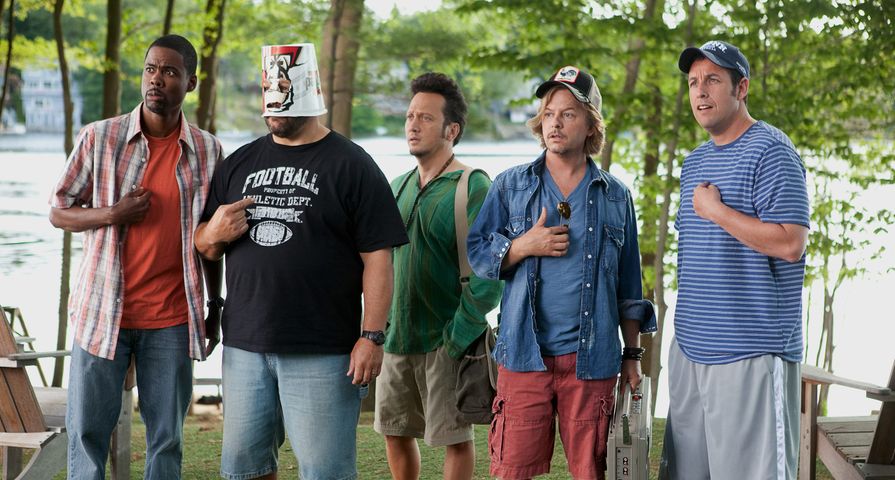 Alright so there may be a bit of a grey area when it comes to the classification of a movie as “terrible” so we’re going to skip over any set definition and stick with my opinion. Here are my top picks for awful movies that actually raked in some dough.

Yeah, yeah, we get it! An unlikely pair can create comedy gold, and the first two films in the never-ending same-story were pretty hilarious, but unfortunately, on the third time around, this film fell short of any expectations one can fathom. Despite the recycled plotline, this film earned $258 million at the box office.

Jack and Jill was like some kind of evil experiment that audiences were subjected to. It was no surprise that Adam Sandler was involved in the making of a horrible comedy that starred him in both the male and female lead, but Al Pacino?! What happened Al? The film earned itself $149.7 million at the box office, but is nonetheless considered to be one of the worst movies of all time. At the 2012 Razzie Awards, the movie pulled in 12 nominations and won 10 of them…including Al Pacino for Worst Supporting Actor. Wah.

Stop. Just stop. When you get lucky with a sequel you’re strongly encouraged to bow out with grace and leave the trilogy alone. But no. This is the final film of Sam Raimi’s Spiderman trilogy and it’s awful. Someone should have cut him off at 2 villains tops. The film was nominated by the Alliance of Women Film Journalists for the Sequel That Shouldn’t Have Been Made Award and by the Golden Schmoes Awards for the Biggest Disappointment of the Year. Nevertheless, this horrifically plotted, chaotic film earned $890.9 million in box office sales.

Scary Movie is an instant classic of terribleness. In a sad attempt of parody, the film relies on fart joke humor to get its laughs. The Atlanta Journal Constitution said that it “dives so deep into tasteless humor that it’s a wonder it landed an R rating instead of an NC-17.” The comedic moments were simply mashed together with jokes we thought had already been done to death. Don’t even get me started on the sequels! Despite all of this, the film made a whopping $278 million.

So they took the most popular video game at the time and converted the sexy female character into a real-life Angelina Jolie, and the film still sucked. How can you go wrong with Angelina in a little tank top, kicking butt? The film was destroyed by critics who noted its stylized action and bland plot for the far less than enjoyable film experience. The film earned $274.7 million, largely due to Jolie’s star power.

Just because you put some used to be A-list actors together in a movie, doesn’t mean it’s the right recipe for a good flick. John Travolta had once again slipped into obscurity in his post Pulp Fiction days and Robin Williams, as it strangely turned out, was much better suited for serious roles. Throw the director from Van Wilder into the mix to shake it up and what you get is a total flop. In spite of its horrific rating of 1 out of 4 stars by Roget Ebert, the film earned $96.8 million at the box office.

Why did The Happening have to happen?! This M. Night Shyamalan film was so terrible it earned the attention of the Gold Schmoes Awards and the Razzie Awards. Who would have thought watching Mark Wahlberg and Zooey Deschanel running around could be so awful?! The Internet Film Critic Society voted it the Worst Film of 2008, but it still earned itself $163.4 million in box office sales.

This film goes to show the power of a successful marketing campaign. The film looked legitimately creepy, but contained one of the worst endings audiences have ever experienced and was truly a reflection of the amateurish enterprise. The film earned $101.8 million at the box office before film goers caught on that the film was a complete ploy. Of course by that point, the people who made the movie for $1,000,000 had made off like bandits, and I suppose had in fact made one of the most profitable films of all time…

Apparently the BET Comedy Awards have very different tastes than the Razzie Awards. White Chicks was nominated and won several accolades at the BET Comedy Awards including Outstanding Writing for a Box Office Movie, but this was countered by the Razzie’s who nominated the film for Worst Screenplay, Worst Director, Worst Screen Couple, etc. etc…The ridiculous portrayal of two African American males disguised as white women magically earned them a big audience and approximately $113 million in box office sales.

Does it really surprise you that there is more than one Adam Sandler film on here? Grown Ups 2 earned itself 7 Razzie Award nominations, the Oklahoma Film Critics Circle Awards for Obviously Worst Film, and a long list of other awards and nominations for similar categories. The film stars many comedians including Kevin James, Chris Rock, David Spade and Maya Rudolph, but Rotten Tomatoes consensus states, “While it’s almost certainly the movie event of the year for film goers passionate about deer urine humor, Grown Ups 2 will bore, annoy, and disgust audiences of nearly every other persuasion.” Epic fail…except that it earned $247 million at the box office.