10 Movies You Didn’t Know Were Based On True Stories 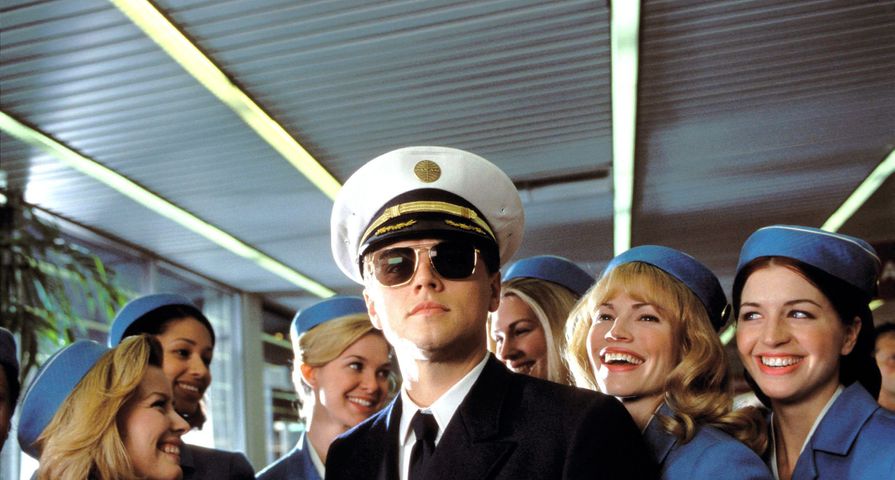 When it comes to making movies, it only takes is an idea. An entire world can be built around a simple story. Most movie fans are unaware that many of the “purely coincidental” Hollywood features are anything but. Sometimes these scripts are born of a writer reading a news story, or a studio executive overhearing an interesting story between two employees. Sometimes, story lines which seem too outrageous to have truthful source material make for the best movies. Here are 10 popular movies you probably didn’t know were based on true stories.

Alpha Dog was a 2006 crime drama directed by Nick Cassavetes starring Emile Hirsch as Johnny Truelove. Truelove was a mid-level drug dealer in Los Angeles County in the late 1990s, pushing his good through a team of former high school and childhood friends. The film was a hit at Sundance Film Festival, and then word began to leak that Alpha Dog was in reference to real life drug dealer–who began signing his name as Alpha Dog–Jesse James Hollywood. Yes, that was his given name, and yes, it seemed his parents set him up for a life of crime and utter societal failure. The film is pretty accurate, and quite tragic. Hollywood remains one of the youngest men to ever be on the FBI’s most wanted list. The film chronicles the story that did him in: the murder of 15 year old, Nicholas Markowitz.

“You can’t handle the truth!” It is one of the most popular lines in the history of cinema, and this military courtroom drama was based on an actual case. And if ever a movie line could extend from art imitating life, so that life might imitate art… we can’t handle the truth, because we’ll never know the truth. Hang with us, here’s what went down. The court martial, Code Red, was based on the real trial of former U.S. Marine, David Cox. Ultimately, David was slapped with assault in the real life version, and eventually received an honorable discharge after completing his service. When the movie was released, he and several others were shocked by the story, and sued the production company. While playing the waiting game, David worked for UPS, and one day mysteriously disappeared. He was found three months later, murdered.

Thanks to ESPN featuring Chuck Wepner, people now realize Rocky Balboa was greatly influenced by the opportunity offered to the former heavyweight, aka, “The Bayonne Bleeder.” Once upon a time there were amicable relations between Sylvester Stallone and Chuck Wepner, but after the success of Rocky, Chuck claimed that Sly held him at an arm’s length, then claimed the story had nothing to do with Chuck’s life in the ring. Eventually the two settled on the financials. Chuck Wepner was a heavyweight fighter who was known for his rough around the edges, brawling style and he was given a real life shot to fight Muhammad Ali. Depending on who you ask, Wepner knocked Ali down during the fight, or Ali stumbled and tripped. Either way, Wepner went all but 15 seconds of 15 rounds with the champ. That’s the story of Rocky.

Wait a second. That Adam Sandler movie co-starring Drew Barrymore was based on a true story? Not buying it? Here are the details. Michelle Philpots is a British woman who experienced brain trauma from multiple accidents during her life. One in 1985, one in 1990. Like Drew Barrymore in 50 First Dates, Michelle experienced her memory loss due to a car accident–well, two accidents–the first when she was riding a motorcycle. She works through each and every day as a 24 hour cycle, and then starts it over again when she wakes up. Sleep wipes her short term memory clean. She is married, and remembers her husband from before the accident, because they met in 1985, but does not remember getting married in 1997, so she has to learn this everyday. For Michelle, everyday she wakes up, it’s 1994.

So many horror films and thrillers are “based on true stories,” and they’re often manipulated for more scares than the true story may have offered; however, The Conjuring did a decent job of only moderately “Hollywooding” what happened in the Harrisville, Rhode Island, farmhouse owned by the Perron Family. The film featured Ed and Lorraine Warren, who were supernatural investigators, and researched several claims of hauntings, possessions and various other supernatural events in homes. This particular film actually held tightly to the source material, unlike many flicks in this genre which claim “Based On a True Story.” The surviving Perron family members stood by the making of the film, and have always remained bold in their claims, regardless of being mocked publicly, or discounted by those who don’t believe in such stories.

Elephant is a film that slipped through the cracks, and it’s understood why. The subject matter was dark–to put it lightly–and it conjured a recent past, present and future we’re likely stuck dealing with in the 21st century. The film is set at a nondescript high school in the United States of America, and it is shot in a true cinema verite style. Gus Van Sant wrote and directed the film, and it is truly one of the most powerful social commentaries ever put on film. The film itself was inspired by the Columbine High School massacre of 1999, and features several high school students, as well as the two individuals who are planning the attack on their high school. It dives a little deeper into the disturbed states of the assailants, and suggests an evil people don’t want to acknowledge in the modern world: the elephant in the room.

Remember the 2004 Tom Hanks dramedy that also featured Catherine Zeta-Jones? Hanksy was caught in a pickle as a foreigner attempting to get through customs, but all of his stuff was lost and he became a man with no country and no residence? Yep. It was based on the true story of Mehran Karimi Nasseri, an Iranian immigrant, who was booted from Iran for protesting the Shah in 1977. In 1988, in an attempt to get to British soil, he was detained in Paris at Charles de Gaulle Airport, and eventually took up residence there, staying until 2006. Mehran’s story also provided the source material for the 1994 French film, Tombés du ciel, released internationally as Lost In Transit. It was never stated that The Terminal was based on his story, but Steven Spielberg purchased the rights to Mehran’s story in 2003, so there you have it.

We’ve made mention of Rope on a few other lists, and it’s one of those films that somehow falls through the cracks. As far as Alfred Hitchcock was concerned, he wasn’t crazy about the film, and considered it a failure. He probably didn’t foresee it becoming a work that would be studied by film students for decades to come. One thing many don’t realize about the nature of the film: the subject matter was taken from lives of Nathan Leopold and Richard Loeb, two college students at the University of Chicago, who, in an effort to prove how smart they were, attempted to commit the perfect crime, and they murdered teenager, Bobby Franks. This occurred in 1924, and the two young students were defended in court by the legendary attorney, Clarence Darrow. The film features the murder, and the subsequent events occurring in their apartment.

Frank Abagnale. It’s shocking that so few knew this man’s story until it was released in a feature film starring Leonardo DiCaprio. Steven Spielberg has a knack for taking those “No way!?” stories, and turning them into cinematic gold. For the most part, the film remained true to its source material, with little embellishments here and there for sake of keeping the story moving. In fairness, many people know this story to be true, but it’s rather shocking speaking about it in mixed company to hear people ask, “That’s based on a true story? No way!?” That’s Spielberg. As far as the real Frank Abagnale is concerned, he’s still alive and well, and lending his exceptional wit, perspective and understanding to the powers who be. And yes, like all reformed men, he attributes his legitimacy to the love a good woman.

Have you heard of this one? It has been said time and again that it’s pretty much the true story of Captain America. The film features Audie Murphy as Audie Murphy, the most decorated American soldier who fought in World War II. We’ll start by saying he wanted Tony Curtis to play him in the film, but the studio insisted that Audie play himself so people could see how incredible this story truly was. Most people know Audie Murphy the actor, but few realize his career was the product of his military campaign. Audie joined the military at 18 after the death of his mother, having need to provide for his younger siblings. Regarding the Steve Rogers comparisons, Audie was listed between 5’5″ and 5’8″, and boasted a wiry-thin frame. Refusing to spoil the events in the film, we implore you: see it! It really happened that way.