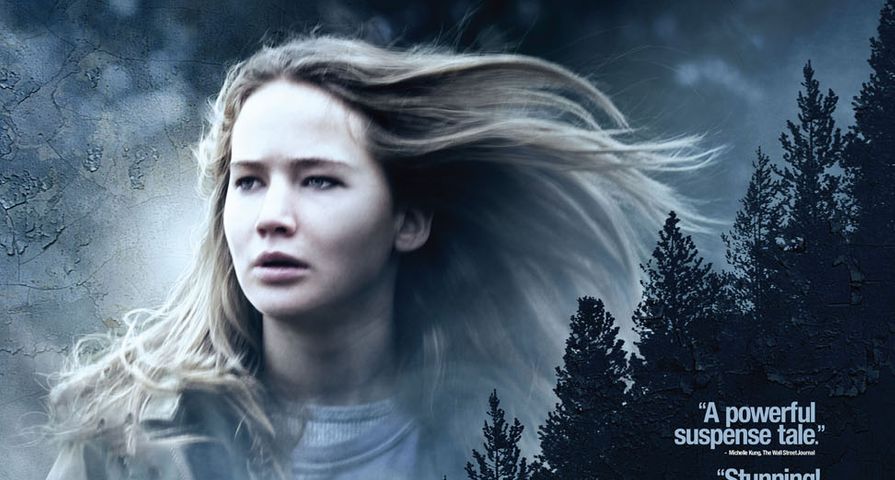 The movie business is just that — a business. It’s driven by box office results, and for better or worse, a movie is not considered a success by industry professionals unless it made money, no matter how good the actual film may have been. That’s the reason so many remakes, TV show adaptations and pre-branded titles have been getting green-lit in recent years. Knowing there’s an existing audience is a way for producers to hedge against the possibility of losing money.

Even so, sometimes there’s just no predicting what will strike a chord with moviegoers and what won’t. It’s an inexact science at best, and even what seems like a sure bet can come up short. Here are 10 good movies that seemed to have all the makings of a box-office hit, but put up underwhelming box office totals in the end.

With such a timeless and beloved character anchoring the movie, many industry observers expected this 2011 animated children’s movie to approach nine figures at the domestic box office. But after a lackluster opening weekend in July of 2011 which saw Winnie the Pooh take in a meager $7.9 million, the film ended up grossing only $26.7 million in the United States on a $30 million budget. What went wrong? In retrospect, it may have been a mistake to release this movie during the height of the summer blockbuster season, when it faced stiff competition from the year’s biggest cinematic spectacles. Even so, its poor performance caught many people by surprise.

Suffice it to say that performance expectations aren’t usually very high for movies with $2 million budgets, but this 2010 drama earned such widespread acclaim that it’s puzzling to understand why it only took in $6.5 million at the domestic box office. Factor in a brilliant performance from A-list actress Jennifer Lawrence and the mystery grows even deeper.

Winter’s Bone was nominated for Best Picture, Best Adapted Screenplay, Best Actress and Best Supporting Actor. Too bad nobody saw it or it might have won in one or more of those categories.

Despite earning praise from luminaries like Quentin Tarantino and TIME magazine, this 2008 feast for the eyes racked up massive losses at the box office. Though critics generally agreed that the movie was good, Speed Racer lost an estimated $100 million, bringing in just over $43 million in the United States on a production budget of about $120 million. Why? The movie was made for kids, but its frenetic pace and disorienting visual effects were decidedly too much for its target audience.

This movie makes the list mainly because of what might have been, but ultimately was not. The Alamo retells the tale of a seminal moment in American history, and it was originally going to be directed by Hollywood hitmaker Ron Howard, and was slated to star Russell Crowe and Ethan Hawke, then in the prime of their careers. However, after Howard clashed with the studio over the movie’s budget, he abandoned the director’s chair, prompting Crowe and Hawke to bail as well. The final product was directed by relative unknown John Lee Hancock and starred past-his-prime Dennis Quaid. The end result? Losses north of $125 million.

Robert Downey Jr. and Val Kilmer star in what many people consider to be one of the most underrated theatrical releases in recent years. It was written and directed by Shane Black, the screenwriting wunderkind responsible for the Lethal Weapon franchise. With star power and pedigree like this, it’s nothing short of astonishing that this movie took in only $15 million worldwide.

Why did it fare so poorly? While the genre-bending movie challenges convention, it also defies easy categorization — a hallmark feature of movies that struggle to reach an audience.

When filmmaking legend Martin Scorsese decided to make a 3D movie, conventional wisdom would suggest that the end result would be a movie that was both profitable and critically acclaimed. While Hugo did earn a lot of positive reviews, it also lost somewhere around $65 million.

So what went wrong? The movie’s relatively obscure subject matter revolves around the work of Georges Méliès, an influential movie pioneer that the vast majority of today’s movie fans have never heard of. While Scorsese likely intended to familiarize a new generation of moviegoers with Méliès’s work, they didn’t take to the film history lesson. Instead, this inventive and engrossing movie racked up bigtime financial losses.

This reimagining of the classic novel Treasure Island fared pretty well with critics and seemed to have all the elements of another Disney hit. However, it took in “only” $109 million worldwide, which isn’t what the studio was looking for when it approved the $140 million budget.

Despite earning an Academy Award nomination for Best Animated Feature, Treasure Planet went down in the history books as one of the most expensive flops in Hollywood history when it was released in 2002. All in all, the movie bled red ink, racking up losses to the tune of $85 million even though it was actually a pretty decent flick.

With hits like Se7en and Fight Club under his belt, director David Fincher — and many industry onlookers — figured a big-screen retelling of the terrifying exploits of the infamous Zodiac Killer would be a big box-office draw in 2007. To Fincher’s disappointment, and to the surprise of many, the movie simply failed to take off despite earning widespread critical praise.

Fincher explained his take on the movie’s lack of box office success in an interview with the British film journal Sight & Sound: “Everyone has a different idea about marketing, but my philosophy is that if you market a movie to 16-year-old boys and don’t deliver Saw or Se7en, they’re going to be the most vociferous ones coming out of the screening saying, ‘This movie sucks.’”

Take a well-known classic Nabokov novel, add praiseworthy performances from Jeremy Irons and Melanie Griffiths, and what do you get? Barely more than $1 million in worldwide box office receipts.

Lolita would have seemed to be a safe bet to just about any studio, but it lost practically every penny of its estimated $62 million budget despite earning acclaim in many esteemed corners of the filmmaking world. The New York Times said it “repays repeated viewings” and elevates to the level of “art.” It was done in by its notorious difficulties in finding a distributor, largely thanks to its lurid subject matter involving a love affair between a middle-aged man and an underage girl. But if Stanley Kubrick found a way to make it work in the 60s, surely audiences in the 90s should have found such scandalous material easier to swallow.

This 2012 Disney offering was expected to be a big-time moneymaker, but it turned out to be one of the biggest box office bombs in recent memory. Drawing from the popular series of Barsoom novels by author Edgar Rice Burroughs, John Carter was given a staggering $250 million budget. That’s how high the bar was set.

John Carter took in $282 million worldwide, and with those kind of numbers, it’s hard to say that the movie wasn’t a hit. But the real problem here was that Disney’s expectations for the film were much, much higher, and the movie itself was largely forgettable. In the end, John Carter was done in by a relative lack of star power, a convoluted script and underwhelming critical reception. Anytime someone plunks down a quarter-billion on making a movie, it should be a hit. John Carter wasn’t — the movie’s estimated losses total almost $110 million.