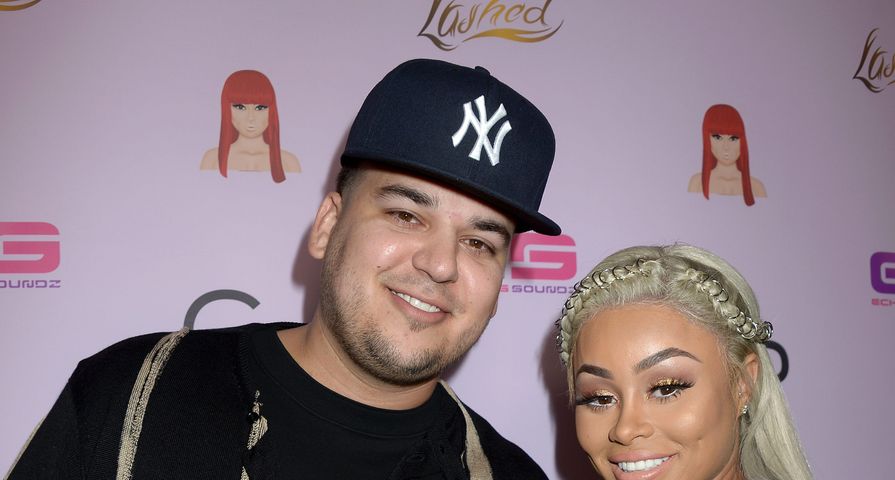 It’s not unusual for celebrity couples to breakup, it happens more often than not because of all the aspects of their lives that come with being a celebrity — the lavish lifestyle, living in separate cities, or even countires while working on set or performing, and of course, there’s the fact that every detail of their reltaionship is played out in the public eye! There are so many obstacles to overcome when making a relationship work as a celebrity that they are almsot doomed from the start. While we’re usually rooting for a couple to make it, there are times when we can already predict that it probably won’t work out. Here’s our list of 7 celebrity couples who will definitely split in 2017:

Kristen Stewart and St. Vincent made their debut as a couple on Thursday, October 27 at the CFDA/Vogue Fashion Fund Show. The 26-year-old Twilight actress posed with her 34-year-old musican girlfriend for the first time on a red carpet. Stewart has been spotted in a few different relationships this year and most of them were relatively close together. About a month before she started dating St. Vincent, she was in an on-and-off-again relationship with Alicia Cargile and St. Vincent was in another high profile relationship with fellow actress Cara Delevingne up until earlier this year. It seems like both of them are on the rebound which is never a good place to start a relationship!

Even though it makes us really happy to see these two happy together, we’re still a little unsure about whether they are going to make it in the long run. Their entire relationship has been riddled with breakup rumors, which is natural for a celebrity couple, but they seem to be facing a little more skepticism than others. These two seemed like a bit of an odd match right from the get-go, but upon closer look they both have slightly quirky personalities. They got together back in January 2016 at the Golden Globes after party which sparked rumors of a romance that was later confirmed. In the past few weeks there’s been a lot of speculation about whether the A-list couple has broken up because they’ve been spotted traveling separately and both are busy with hectic schedules. Thankfully, these two made it clear on Thanksgiving that things were definitely still ON after sharing a few snapchats together with family. Looks like these two are going strong…for now!

The Real Housewives of New York City star LuAnn de Lesseps has been defending her relationship with Tom D’Agostino Jr. ever since she annouced the two were dating. The reality star and former Countess started dating businessman, D’Agostino, at the beginning of this year and it only took a few weeks before they were engaged. Unfortunately, the second she shared the news of her new relationship, her fellow co-stars on RHONY began sharing their own personal stories of Tom D’Agostino Jr., which involved him dating both Sonja Morgan and Ramona Singer! LuAnn remained adament they were hardly relationships but rather “one or two dates,” and when the dust from that settled another scandal broke out. Co-star Bethenny Frankel was sent photos of Tom making out with another woman. LuAnn seemed to forgive Tom about a day or two later and as far as we’ve heard they are still planning on getting married on New Years Eve this year. We aren’t betting any money on the longetivty of this relationship! It’s riddled with lies, scandals and secrets!

It took a long time for Kim Kardashian and Kanye West to finally get together, and when they did it was a whirlwind romance filled with babies and extravegant weddings. These two had been friends for a long time before they got married, which is a good basis for a relationship. They seem to be going strong ever since they got together and are now married with two children, but as of recently, Kanye’s mental health has taken a turn for the worse. Although Kim Kardashian is a controversial star who seemingly will do anything for attention, she’s very protective of her image and Kanye has been cramping her style this past year. He’s outspoken, temperamental, and far too rash with his words and actions. He’s pissed a lot of people off in this industry! Kim has stood by him through a lot — first the Taylor Swift controversy and now his hospitalization for what seemed to be a mental breakdown that was sparked from dehydration and lack of sleep, but we’re guessing she can only take so much. It’s only a matter of time before Kim pulls the plug on raising her man-child.

Prince Harry and Meghan Markle began dating in May 2016, but the world didn’t find out about it until October! The two had been secretly dating for about six months which is a huge success considering they are both celebrities in the public eye. The royal bachelor pursued the Suits star in July 2016 with a series of texts that reportedly swept her off her feet. They began meeting up to go on secret walks and were even spotted in the summer with matching bracelets. When news broke of their relationship there was an overwhelming amount of media attention and, according to Harry, he was concerned for her safety as she faced a great deal of abuse, harrassment and an overall invasion of her privacy. While it seems the two of them have gotten over the worst of it, there will be many more hurdles ahead for the two of them and we’re not sure Markle is cut out for it! We wouldn’t be surprised if she decided dating a Prince was a little too much to handle.

Teen Mom 2 star, Janelle Evans has gone through numerous relationships, engagements and even marriages throughout her stint on the reality show, and David Eason is merely her latest. Like Jenelle, he seems to have his own share of skeletons in the closet. He was recently sentenced to 60 days in jail after he violated a domestic-violence protective order and his criminal history continues with a list that involves offenses of “posession of drug paraphernalia,” “misdemeanor of breaking and entering, larceny after breaking and entering,” and multiple offenses of “driving while impaired.” Eason and Evans recently announced they are expecting their first child together due in January 2017. It will be the third child for both of them as they both have two children from two previous relationships. It’s unclear what his custody situations is, but he doesn’t seem to have his son Kaden much, while his daughter Maryssa appears on the show quite often. These two are pretty happy so far with minimal fights in comparison to some of Jenelle’s previous relationships, but only time will tell with these two!

This reality star couple are at number one on this list because they are the most likely to break up! The two of them entered into a relationship early this year and things took off pretty quickly! They were engaged after merely three months of dating and not long after they announced they were expecting their first child together. Their relationship seemingly came out of no where and started off on rocky ground considering Chyna didn’t have the best relationship with the Kardashian family. Her ex-fiance Tyga, who is the father of her first child, is dating Rob’s half-sister, Kylie Jenner. Also, Chyna used to have a friendship with Kim Kardashian, but the two had a falling out. At first it seemed like their relationship was merely a way to get back at Rob’s family, who he often lashes out against, but now these two are knee deep in commitment with a wedding planned and a daughter, Dream Renee Kardashian, who was born in November. Since their relationship started, they’ve already broken up several times, and we’re guessing the added stress of a baby is only going to make it worse! It’s only a matter of time before they break up again.