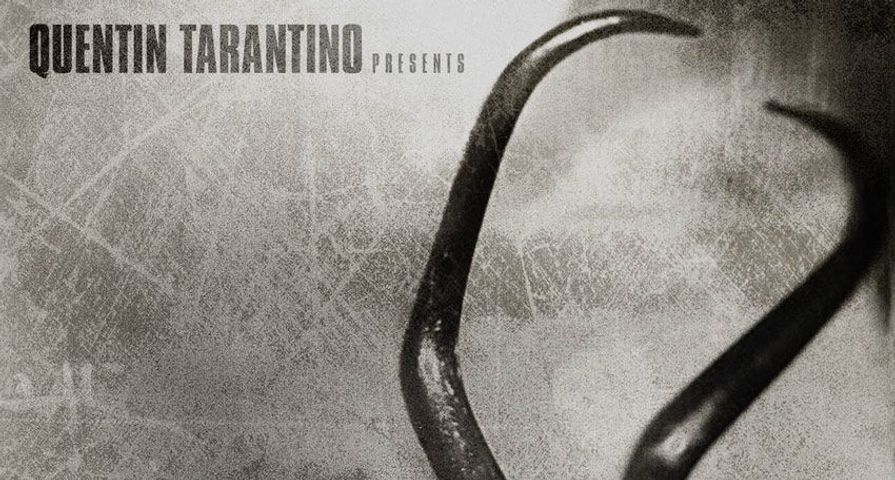 Once kids reach a certain age, they start to get thrills by doing things they know they aren’t supposed to do, whether it’s sneaking out at night, playing pranks on the neighbors, or watching R-rated horror movies with extreme content and graphic violence. While such behavior is almost a rite of passing for kids on the cusp of their adolescence, there are some movies that are just so unsettling and horrifying that they should be kept out of the reach of children at all times. Those who own any of these 10 horror titles, be warned: do not let your kids see them, or you may have some hefty therapist bills to pay in your near future.

This 2008 horror movie stars Bradley Cooper as a big-city photographer on the hunt for the Subway Butcher, a serial killer who plucks his victims off public transportation. While that may seem like a fairly pedestrian premise for a horror movie, the execution is so graphic, violent and extreme that many of the most devoted horror fans can’t bring themselves to watch this movie more than once. If you’ve got a young daughter with a schoolgirl crush on Bradley Cooper, do everything you can to keep this movie out of her hands.

Yes, it’s unlikely that kids are going to hunt down obscure Serbian movies to get their gore fix, but even so, this is one title that impressionable young people would be best not to see. This movie’s infamy is based primarily on a single shocking scene, which rolls torture, rape, murder and pedophilia all up into one nauseating package. A Serbian Film was so extreme that it earned the dreaded NC-17 rating from the Motion Picture Association of America, which is normally reserved for the most graphic and explicit cinematic representations of humanity’s dark side.

This 2009 Japanese horror flick starts out innocuously enough by following a budding romance between two coworkers. However, when the new couple decides to go on their first official date, they wind up in the crosshairs of a deranged killer whose depravity has rarely been challenged by any on-screen villain. The sexual torture and subsequent violence are so horrific that even the hardiest viewer will find him or herself looking away from the screen for a good portion of the movie. Kids, on the other hand, will just be traumatized for life by what they see.

This 1980 movie is one of the earliest examples of the “found footage” horror/thriller, which has since become a staple of the genre. The movie follows a crew of documentarians as they voyage deep into the heart of the Amazon jungle in an attempt to make contact with a lost tribe of cannibal savages. While modern viewers may find certain aspects of the execution a touch on the kitschy side, some of the torture and murder scenes were so incredibly realistic that Cannibal Holocaust was thought by many to be an actual snuff movie. Its overall effect is a disturbing one, and this isn’t a film meant for kids.

What happens when your average everyday lawyer tries to rescue the last surviving member of a roaming clan of cannibals by inviting her to live in his home? You get three guesses, and the first two don’t count.

The horror in The Woman is, in that sense, totally predictable, yet it is pulled off with such unrelenting, stomach-turning force that it distinguishes itself in a class all its own. Throw in a child committing a graphic sexual assault and you have a movie that should never fall into the hands of any underage viewer.

The original Saw, and all its many sequels, should never be seen by children. The movie’s now-famous setup, in which two men discover themselves trapped in the booby-trapped lair of a psychopathic serial killer named Jigsaw, quickly devolves into incredibly graphic violence. Particularly memorable moments involve the retrieval of a key from the innards of a former victim and forced self-mutilation as part of a desperate attempt to survive. The sequels build on this trope, coming up with increasingly creative and disgusting ways to maim, torture and kill successive generations of Jigsaw victims.

The Human Centipede: First Sequence was released in 2009 to an onslaught of negative critical reaction. Despite being universally lambasted by critics, the movie and its 2011 sequel have built a cult following among horror fans who just can’t seem to look away from the gruesome spectacle of a surgically created human centipede. With a string of people joined mouth-to-anus, guess what happens when the first person in the chain has to take a number two? The answer: something no child needs to see. Ever.

While the recent revival of this franchise is certainly not suitable for the eyes of young and impressionable viewers, the 1974 original is disturbing in a way the remakes failed to capture. After Leatherface unleashes his rage on a group of unsuspecting teenagers caught on his rural Texas property, unspeakable horror ensues. This movie is so frightening, disturbing and effective that it remains seared in the memories of viewers for years afterwards. In one particularly chilling scene, a victim’s head is held over a pail while Leatherface’s beloved elder tries to calm his shaky hands long enough to bludgeon her to death with a hammer. The Texas Chain Saw Massacre certainly contains graphic gore, but it’s elevated to a wholly different level by the twisted psychological element to the movie’s shocking horror.