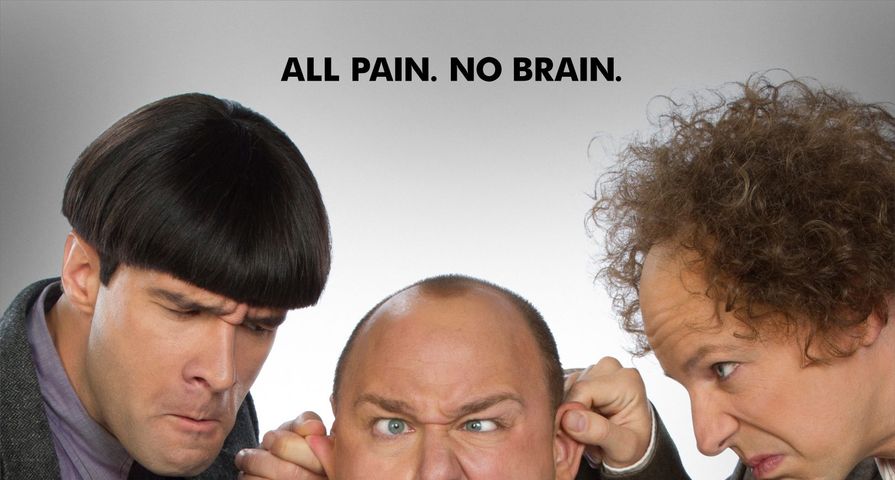 In Hollywood, it has been clear for quite awhile that originiality and creativity are lacking, as shows and movies from past decades are remade into modern blockbusters. While the recycling of ideas may seem lazy, it is also very smart, as studios and production companies are latching on to firmly established fanbases and giving them more of something they love — a sure fire cash cow. The problem is that, even with pretty much everything set up for them, the movies turn out to be horrible, which results in a very angry legion of fans who feel insulted by this addition to a beloved franchise. Whether it is casting, writing or just simply a bad movie, there have been many good shows that has been tainted because of bad movie adaptations. Check out which Hollywood flops made the list!

Yes, technically none of the Transformers films flopped and the first one was kind of alright, aside from the fact Megan Fox was the female lead. Her acting was horrible, but strangely things got even worse when she was out of the franchise, as fans were even less impressed with the third installment. The Transformers animated TV show, however, was beloved. It only ran from 1984 to 1987, but that was enough to spawn more TV shows and one great animated film that included the voices of Orson Welles, Judd Nelson and Leonard Nemoy. The Transformers films are a pop culture staple; however, the recent films are considered pop culture jokes.

9. The Adventures of Rocky and Bullwinkle

Rocky and His Friends was a cute, funny, witty and surprisingly good show for it being based on a flying squirrel and his simple minded moose friend. The show was beloved when it was on air from 1959 to 1964. The 2000s seemed like a great time for a resurrection of the classic. Even those who weren’t around for the original were made to believe that the film was going to be good. It wasn’t. What went wrong is kind of a mystery. It was stocked with a good director and an impressive cast, including Rene Russo, Jason Alexander, Randy Quaid and Robert De Niro, but the film was nothing short of a dud. It wasn’t witty or funny. Instead, it was mundane and boring, which was unfortunate for those who were excited to revisit Rocky and His Friends.

Another classic show, Get Smart, was turned into a modern day joke of a film in 2008, which was exactly 38 years after Don Adams graced the screen as the bumbling secret agent Maxwell Smart. The charm of a an inept spy was lost on Steve Carell who took over the role for the film. While the movie had its moments, there weren’t enough to form a good movie. Interestingly enough, this film also had a pretty formidable cast on hand, which included Anne Hathaway, Terence Stamp, Dwayne Johnson and even Bill Murray. It really is too bad that this show turned into such a bad movie because, by all rights, it should have been one of the best.

Starsky and Hutch was one of the quintessential shows of the ’70s, right in there with Charlie’s Angels and The Six Million Dollar Man. Unfortunately, Charlie’s Angels fared much better when it was adapted into a film years later. David Soul and Paul Michael Glaser were great as the dynamic duo with their iconic Ford Torino. While Owen Wilson and Ben Stiller have made a great team in the past, this time they just made a mockery of a classic team. Simply put, they weren’t funny. They were just being dumb and, for fans of the actors, it would seem that their characters from Zoolander had just been transplanted into another film. Even worse, Snoop Dogg was cast as Huggy Bear. Fans of the series were not pleased with this attempted remake in any way shape or form.

Bewitched was a great show, which ran for eight season from 1964 to 1972. To this day, it still does well with reruns thanks to its clever premise and writing, and spectacular acting. Given the fact it has continued to be a fan favorite show long after its original airings isn’t surprising. Sony Pictures thought it would be a good idea to make it into a feature film in 2005. It was a good idea… without a good result. Instead of imitating the show, the film took a new course in which the leads play actors cast to star in a remake of the show. Nicole Kidman is of course a force to be reckoned with, but the film majorly lacked direction and missed the cue on many jokes, making laughs few and far between. Making matters worse, there was a complete lack of chemistry between Kidman and Will Ferrell on-screen. It’s best if fans forget this mess ever happened and instead stick to reruns of the original.

5. The Dukes of Hazzard

Given the cast list for this film, it is extremely obvious why it failed. Dukes of Hazzard is yet another great show from the ’70s and ’80s that focused on the good ol’ boys Bo and Duke Hazzard, their gorgeous cousin Daisy and their hilarious Uncle Jesse, as they get in and out of trouble with the help of their ’69 Dodge Charger, which was basically a character in itself — the General Lee. When the film was released in 2005, it was exactly the disaster many feared with Seann William Scott, Johnny Knoxville, Jessica Simpson and Willie Nelson heading up the cast. The clashing and vast variances of acting skills turned this movie into a comedy, but not in the way it should have been. Everyone knows Simpson can’t act, which makes it hard to forget that ridiculous car wash scene. Making things even worse, not only was a classic show tarnished, but Simpson also destroyed the classic song, “These Boots Are Made For Walking.”

Sex and the City was such a good show with such a large base of loyal fans that, after the series ended, it only made sense to keep cashing in on the story and characters with feature films. Unfortunately, not wanting to mess with a good thing ended with the producers messing with a good thing. The first film took the drama and storylines of the show to the extreme, leaving fans wondering simply why? Man hating is absolutely paramount. Steve cheats on Miranda — something the Steve we had come to know and love would never do. If the first film was a pale shadow of the original show, the second film was downright awful by comparison. The women leave New York City, which is essentially a fifth character on the show, for Abu Dubai. For some odd reason, Carrie bumps into her other love Aidan Shaw while there. Neither film was worth anyone’s time and fans were unforgiving with their critique of what should have been good movies.

On paper, G.I. Joe: The Rise of the Cobra should have been a really good movie. It had a great story that was already well known thanks to the famous action figures and the ’80s series. It also had one heck of a cast that everyone knew could churn out a great action flick. Somehow, what transpired was less than thrilling. It came off as cheesy and cartoony. It had all of the explosions and fightscenes of a regular action flick; however, the all the great actors and actresses involved were only subpar. Viewers were extremely disappointed but, to make matters worse, they weren’t the only ones. Channing Tatum who landed the role of Duke recently admitted even he hated the film: “Look, I’ll be honest. I f–king hate that movie. I hate that movie! I was pushed into doing that movie.” Fan backlash is one thing, but backlash from a star of the film proves it was bad.

Thunderbirds was definitely original when it aired from 1965 to 1966. It used “Supermarionation” in its production, which means that it was filmed with marionette puppets and scale-model special effects and was also set in the future. Thanks to the film Team America: World Police in 2004, it was obvious that Supermarionation was still a moneymaker even when audiences were used to some high-tech special effects. Unfortunately Thunderbirds didn’t use the technique in its 2004 remake. The film opted to go the live-action route and failed miserably with everything from acting to special effects, which resulted in a box office flop and mainly negative reviews. One of the biggest hits came from the original series creator himself Gerry Anderson who stated the movie was “the biggest load of crap I’ve seen in my entire life.”

Having a classic or beloved show turned into a bad movie is disappointing for fans; however, many can turn a blind eye and just hope no one disrespects the story again. Unfortunately, messing with a staple like The Three Stooges is not easily forgiven. The Three Stooges Show aired from 1960 to 1972 and gave us the widely known jokesters, Curly, Larry and Moe. While a movie had been in the plans for decades, it was finally released in 2012. It may have gotten some good reviews or, at the very least, mixed reactions but, the truth is, the film in no way lives up to the legacy established by the three kinds of physical, slapstick comedy. The actors did fairly well, but the humor was not as effective and was in some ways forced. Adding Jersey Shore cast members to make it relevant to younger audiences was insulting not only to youth (if you don’t know who the three stooges are, that’s your problem), but to the show itself, which should never be connected to that kind of TV drivel.