Female Celebrities With Fake Names And The Names They Rejected 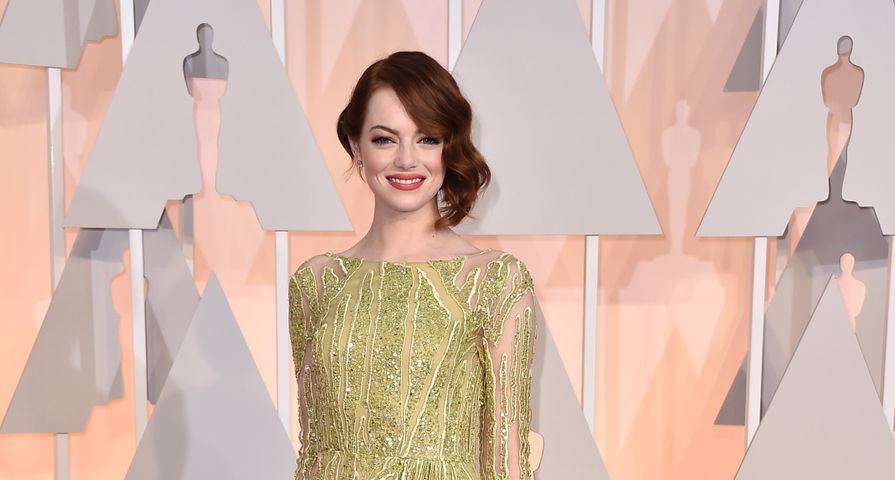 If you were famous, would you keep your own name or use something different? Would you put a twist on your own name or opt for something completely different? Would you want a name that is classic or wild, unusual or trendy? The stars on this list chose to make up their own monikers when they stepped out into the limelight. Check out these 10 female celebrities who use fake names and the real names they’ve rejected.

We may have been introduced to her first as Hannah Montana, but now everyone knows her as the one and only Miley Cyrus. But before she was the wild child of tongue-sticking-out fame, she was known as little Destiny Hope Cyrus. However, growing up she was all smiles which earned her the nickname “Smiley Miley” and when she was 15, Smiley decided to change her name to Miley permanently and legally.

Katy Perry may not have wandered far from her birth name when she left behind Katheryn Elizabeth Hudson, but she felt the change was necessary. Why? Well, Katheryn Elizabeth Hudson may not ring any bells, but how about Kate Hudson? Yup, Katy Perry’s everyday name was already being used by a celebrity (ya know, Kate Hudson the famous actress and member of one of Hollywood’s favorite families), so she decided on Katy Perry (Perry being her mother’s maiden name) to make her own mark in the biz. And let’s all be thankful that she went with Katy Perry, because without that name the world would never have been gifted with Kitty Purry.

Natalie Portman can seemingly do no wrong, but would she have found as much success if she had stuck with her birth name of Neta-Lee Hershlag? Born in Jerusalem to an Israeli father and an American mother, Neta-Lee is her Hebrew name, but when her family moved to the U.S. when she was three, the name Natalie was the Americanized version. Natalie took the name Portman from her paternal grandparents after she nabbed the role in Léon: The Professional, wanting a stage name to protect her family’s identity and give them a sense of privacy.

Lana Del Rey doesn’t like to do anything normally and of course that applies when it comes to her name. Elizabeth Grant just wasn’t unique or eye-catching (ear-catching?) enough for the “West Coast” singer, so she ended up with Lana Del Rey instead. However, according to the singer, it wasn’t her choice. Instead, she says that it was “her lawyers and managers who made up the name Lana Del Rey and persuaded her to adopt the stage name.” “I wanted a name I could shape the music towards. I was going to Miami quite a lot at the time, speaking a lot of Spanish with my friends from Cuba – Lana Del Rey reminded us of the glamour of the seaside. It sounded gorgeous coming off the tip of the tongue.” But that wasn’t the first name on the list. When she first started out, she appeared at nightclubs using names like “Sparkle Jump Rope Queen” and “Lizzy Grant and the Phenomena.” Probably best that she went with Lana Del Rey.

Gossip Girl’s Blake Lively is now basking in the joys of new motherhood, but back in the day Blake was living an entirely different life and that includes her name. Blake Lively was once Blake Ellender Brown, but decided to start using her mother’s last name, Lively, when she started acting professionally. It was either that or go with her other family name which would have seen her appearing on screens as Blake Brown, but would have stood out as much as Blake Lively? Would Blake Brown have made an ideal Gossip Girl? Maybe not, but either way this actress has made a successful career for herself as a Lively!

Olivia Wilde wasn’t born as wild as it may seem. The actress was born as Olivia Jane Cockburn, but decided that Cockburn just wasn’t going to cut it in the business. So, in order to give a nod to the writers in her family — and there’s lots of them! Her mother, Leslie Cockburn, is a producer and journalist for 60 Minutes while her father, Andrew Cockburn, uncles Alexander Cockburn and Patrick Cockburn, her half-cousin, Stephanie Flanders, aunt Sarah Caudwell, and her paternal grandfather, Claud Cockburn, all are or were journalists. Claud and Sarah were also novelists — wow! Creative talent runs in the family! Despite the success of the Cockburn last name she opted for Wilde taken from Oscar Wilde himself.

So how did Onika Tanya Maraj become Nicki Minaj? Well, she decided on Nicki herself, (we can safely assume it was nicked from the “nik” in the middle of her first name Onika) but she was originally going to go by the name Nicki Maraj which uses her real last name. But in 2007, Fendi, CEO of Brooklyn label Dirty Money Entertainment, signed Nicki under a 180-day contract. According to Nicki, “My real name is Maraj. Fendi flipped it when he met me because I had such a nasty flow! I eat b*tches!” So there you go!

When you want your name to stand out, one choice is to pick something SUPER unique, like maybe Portia De Rossi. It’s a pretty safe bet that it’s a one-of-a-kind name and that’s just what Portia wanted when she left behind her birth name of Amanda Lee Rogers. According to Portia herself, while growing up and competing in sports, there was another Amanda Rogers who she was always competing with, one or the other always coming in either first or second place. When the local paper would announce the wins, the young Amanda hated that there was no way for the public to know if she had won or the other girl with the same name. So, trying to find a name that would never be confused with someone else, Portia De Rossi was created. Achievement unlocked!

Before the “Fancy” singer became a household name and known for her social media escapades, she was known as Amethyst Amelia Kelly. The 25-year-old Sydney native rapper said she derived the name Iggy from her beloved childhood dog. She had a name plate made in his honor after he suffered a close call with an Australian snake, and when she wore the name plate people would mistake her name for Iggy. She adopted the name as her own and began rapping with this nickname. As she became more famous her grandfather told her that she couldn’t have a one word stage name, so she had to find a last name. She took the word Azalea from the street her mom and family live on thinking it would nicely balance out the masculinity of Iggy. And that’s the two part story of how Amethyst became Iggy Azalea!

Emma Stone may not have made the biggest or most drastic change when she opted to start going by Emma Stone instead of Emily Jean Stone, but the reason why she made the change is pretty darn adorable. We are talking baby doll kind of adorable. Or rather, Baby Spice kind of adorable. The young Emily Jean Stone was so obsessed with the Spice Girl’s Emma Lee Bunton that she decided to switch her own name from Emily Jean to Emma. Wouldn’t Baby Spice be proud?