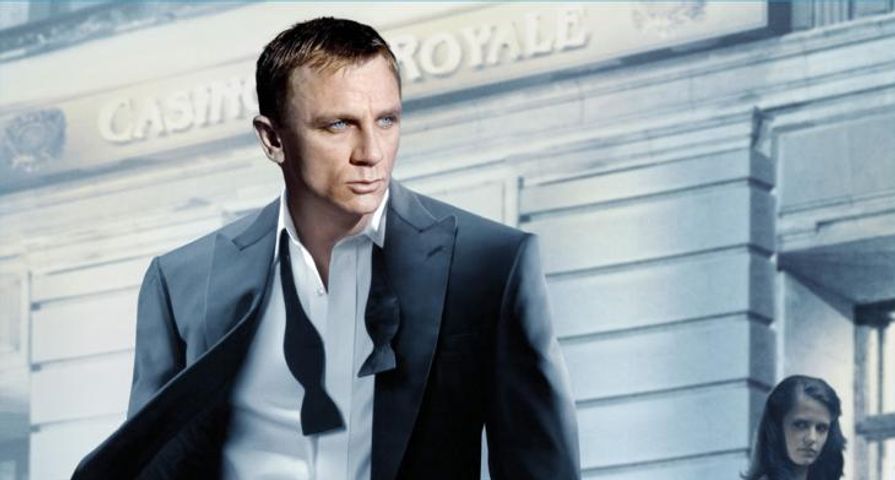 The James Bond series is the longest-running film franchise with an astounding 23 and counting films over a 52 year period. To say that Bond has had a profound effect on popular culture and filmmaking in general would be a vast understatement. James Bond represents an idealized masculinity with his jet-setting lifestyle full of fast cars and fast women. He’s also a deeply flawed character with questionable morals and many of his films have come under fire from critics due to their poor representations of women and minorities. That being said, many of the films are still entertaining and the modern Bond films have done a lot to address these criticisms. Out of 23 films, there have been some significant hits and misses and there are definitely some turds and gems in the mix. The following 10 Bond films are arguably the best in the series and shouldn’t be missed by anyone with an interest in the series.

There is not a lot of love out there for Timothy Dalton’s 2nd and final outing as James Bond. A lot of negativity surrounds this 1989 film, as many fans were critical of its darker tone. It also didn’t help that the film performed poorly at the box office, which contributed to the series taking a six year hiatus. Nevertheless, in retrospect, License to Kill is very underrated and actually has more in common with the more recent Bond films than some may think. Dalton’s brooding, revenge-seeking portrayal of 007 is similar in many ways to Daniel Craig’s highly regarded take on the character, which makes all the criticism of Dalton confusing. Bond’s quest to go rogue and take down a drug kingpin who attacked his friends feels like a plot that Craig’s Bond would tackle, and while there are some significant missteps, License to Kill deviates from the typical feel of the franchise in enough interesting ways to make it one of the better Bond outings, despite its reputation.

Roger Moore had the longest stint as Bond, appearing in seven films over a 12 year period (1973-1985). Unfortunately, Moore also has the unfortunate distinction of appearing in some of the worst films in the entire franchise, his tenure defined mostly by its campiness and ridiculous concepts. Luckily, his third outing as the iconic British spy was a hit and made up for the dreadful Live and Let Die (1973) and The Man with the Golden Gun (1974). The Spy Who Loved Me encompasses pretty much all of the tropes that have become synonymous with the franchise: cool gadgets, fast cars, beautiful women, and entertaining villains – the recently deceased Richard Kiel appears as the iconic villain Jaws. It’s simply a fun Bond film in the classic sense and sometimes that’s good enough.

It’s hard to believe the Bond films have been around since 1962 and Dr. No is the one that started it all. The great thing about this film is that it feels so assured and well-thought out – this is not a series that needed a few films to find its footing, that’s for sure. Sean Connery simply embodies the role from the very beginning; it’s not hard to see why it was so difficult for another actor to fill his shoes after he left the role. Granted, Dr. No does feel stripped down compared to many films in the series – there isn’t much action and the film is smaller than most, being set primarily in only one location as opposed to the globe-trotting the series has become known for. Regardless, Dr. No still holds up surprisingly well for a 52 year old film and absolutely still stands as a top 10 film in the franchise.

The third film in the franchise, Goldfinger is often credited with being the first film to establish the “Bond formula”, namely the tropes that would carry through to many of the other films (gadgets, girls, villains – see also The Spy Who Loved Me). Goldfinger is arguably the Connery-era film that holds up the best, as it has several thrilling set pieces and a fun but ridiculous story to boot. Tasked with stopping Goldfinger, an international gold tycoon, from upending the world’s economy by flooding Fort Knox with radiation, Bond has to contend with such iconic figures as Oddjob, Goldfinger’s hat-throwing henchman, and Pussy Galore, a pilot played by Honor Blackman with one of the best double entendre names in the series. Goldfinger is arguably the best “classic” Bond to revisit, as it represents the beginnings of so many Bond conventions.

The best Bond film of the 1980s, The Living Daylights was the first and best film of Timothy Dalton’s underrated, much-too-short run as Bond. Of all the films in the pre-Daniel Craig era, this one feels the most like a modern Bond film and that’s a very good thing. In addition to Dalton’s fantastic work as a more physical, serious Bond, The Living Daylights also delivers a fantastic plot filled with double-crosses and international arms dealings. It also has a phenomenal final act set in the deserts of Afghanistan, centred around a mid-air brawl set on a plane that would go on to inspire a similar scene in the popular Uncharted video game series. The Living Daylights doesn’t quite match up to the quality of the last few Bond films, but it is an important and underrated entry in the series that proved Bond could be a more serious and physical presence long before Daniel Craig stepped into the role.

5. From Russia With Love

Although Goldfinger is the Connery film that holds up the best, From Russia With Love is the best Bond outing the Scotsman ever did. Released in 1963, only a year after Dr. No, From Russia With Love is very much a hard-edged spy/espionage films, whereas most of the other Bond films are more cartoonish and fantastical. As the title implies, Bond is sent to Russia in order to retrieve an encryption device from a nefarious criminal organization called SPECTRE. One of the great things about this film is that it really helps fill in the world of James Bond after the relatively low-key plotting of Dr. No. SPECTRE are a significant addition to the series, so much so that the next Bond film is bringing it back, and is titled after the organization. As if that wasn’t enough to elevate it to the top five, From Russia With Love also has one of the greatest fight scenes in the series, a brutal bare-knuckle brawl in a cramped train compartment.

Goldeneye was a very significant film because it not only introduced a new Bond in Pierce Brosnan but had to prove that the franchise was still viable after a 6 year hiatus from 1989’s License to Kill, the longest wait between films in series history. Thankfully, Goldeneye was not only worth the wait but became a fan-favorite in its own right, and is considered one of the best films in the franchise. Goldeneye has so much going for it: a great villain in the former friend-turned-enemy Agent 006, played by the always reliable Sean Bean, strong female leads in computer hacker Natalya Simonova (Izabella Scorupco) and the domineering villainess Xenia Onatopp (Famke Janssen), and a self-aware story that directly addresses the misogynistic nature of Bond. Plus, Judi Dench makes her first appearance as Bond’s superior M, which remains one of the best casting decisions in the series.

For being the newest film in the franchise, Skyfall commits a major blunder by repeating the misogynist tropes of the old Bond (Bond essentially rapes a woman in her shower). Despite this error in judgement, Skyfall is one of the most exciting and original Bond films ever made – a film that honors the character’s past while setting its gaze squarely on his future. Directed by Sam Mendes, a filmmaker known for his dramatic pictures, Skyfall continually questions Bond’s relevancy in a more digitally-connected world, especially when Bond is an aging, fallible man (the film begins with Bond seemingly dying after being accidentally shot off a moving train). In addition, Skyfall offers up one of the best third acts in the series with a unique twist that helps fill in Bond’s past, an aspect of the character that has never really been addressed on screen. Mendes is returning to helm next year’s SPECTRE and if he can fix the misogynistic tendencies of this film, he might just make the best Bond film of all time.

2. On Her Majesty’s Secret Service

The best Bond film pre-Daniel Craig and close to being the best ever made, On Her Majesty’s Secret Service is more famous for its behind-the-scenes drama than the film itself, which is a shame because it’s a true gem. Released in 1969, this was the first Bond made without original actor Sean Connery. Debuting in his one and only appearance as Bond, Australian model George Lazenby is better in the role than he has any right to be, and Diana Rigg turns in one of the greatest performances by a Bond girl in the series. Accompanied by a sensational score composed by John Barry, and an epic ski-chase that would inspire a similar scene in Christopher Nolan’s Inception, On Her Majesty’s Secret Service is the gold standard of classic Bond and the most underrated film in the series.

The film that reinvented Bond for the 21st century and saved the franchise from mediocrity and becoming a parody of itself, Casino Royale is not only the best Bond film but one of the best action/spy films of the new millennium. Pretty much everything about this film is top notch, from the black and white cold open to the honest-to-goodness love story underlying all of the action. Daniel Craig owns the role completely and brings a much-needed physicality and pathos to the role, silencing all of the critics who thought he was wrong for the role because of his blond hair, of all things. Romantic, stylish, cool, and exciting, Casino Royale simply encompasses every quality that a Bond film should aspire to and absolutely deserves to be called the best of this 50+ year old franchise.