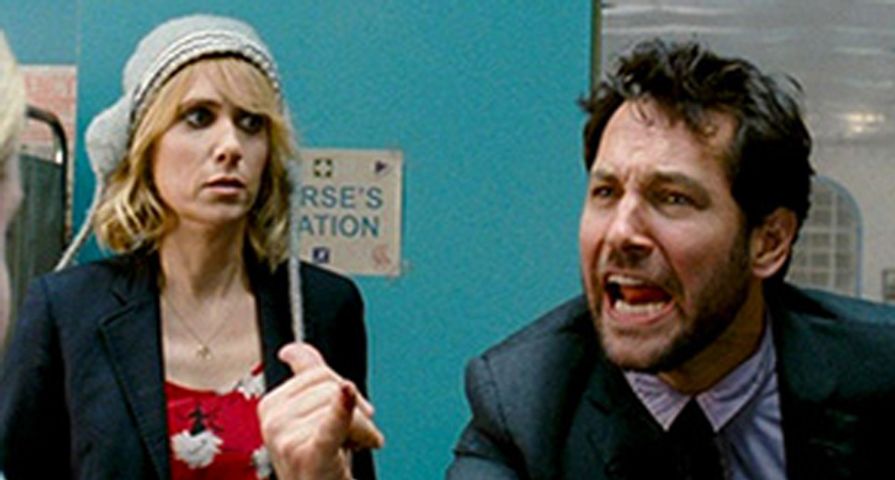 There are few things as exciting for actors as booking a great role. Sure, the accolades that may come from a final product are icing on the cake, but to be validated by being placed in a great movie…? That’s the brass ring. Unfortunately, for many actors and actresses–everyone on this list–this great achievement came with a call before the film was released: “The majority/all of your footage has been cut from the film.” It’s the nature of the beast. Here are 10 actors and actresses who were completely cut from movies after filming.

Sienna Miller had the role of Catherine Grieg in the American crime film, Black Mass; however, her scenes were cut from the movie. According to director Scott Cooper, Miller was fantastic as Grieg, but the decision was made at the last minute to focus on Johnny Depp’s character Whitey Bulgar’s earlier life, so she had to go. “It came down to narrative choices,” Cooper said. Bulgar’s later years as a fugitive with Greig were considered “less dramatic.”

Before the name Kevin Costner craned necks and perked ears, he was a fella trying to make it big in entertainment. He thought he’d arrived when he booked a role in The Big Chill, starring some of the biggest actors and actresses of the day. And who would Kevin play? The friend who died, causing everyone to come back for his funeral. Regarding the original script, there were apparently some scenes for Kevin, before the audience would see him at the funeral, however it was all cut. Heck, they didn’t even show his face at the funeral. The only part of Kevin that made it into the film were his wrists and hands if remembered correctly. It was… a thing people talked about. “Who was it?” “I wonder what he looked like.” It was smart by the filmmakers, but sucked for Kevin. Either way, he eventually got his due.

8. Rachel Weisz – To The Wonder

For the next few on this list, we’ll spend some time in the world of Terrence Malick: an auteur in the realm of film if ever there were one. Terry is notorious for cutting people out of his films, because he doesn’t write in a traditional, narrative fashion. Those who are fans of Malick’s work realize that some of the people he casts won’t make it into the final cut. Going back to his cinematic masterpiece, Days of Heaven, which graces the screen like an exceptionally well written prose… it took him years to finish it. Years. So, Rachel Weisz… she was thrilled to be added to the cast of Ben Affleck, Rachel McAdams, Olga Kurylenko, Jessica Chastain and others, only to find that this foray became one of Terry’s most experimental films. She was informed before its release that she hit the cutting room floor.

7. Jessica Chastain – To The Wonder

Staying with To The Wonder, Oscar winner Jessica Chastain was also cut from the film. Her piece of the patchwork quilt didn’t quite fit into what Terrence Malick desired as a final story. Jessica was well aware that it was a possibility, as she had worked with Terry before in The Tree Of Life, opposite Brad Pitt. It was in that film that Sean Penn barely avoided the cutting room floor. Jessica paid no mind she didn’t make it into the mix of To The Wonder. She knew going in that Terrence planned play with the process, and hoped to find a few moments that would work for each of the cast members. Unfortunately, they didn’t. Jessica went on to making more films, and scoring more award nominations for pretty much everything that she touches.

Mickey Rourke was none too pleased when cut from The Thin Red Line, but then, it doesn’t take much to make Mickey none too pleased. He’s a feisty one, that Rourke. Regarding this Terrence Malick World War II epic, several people ended up hitting the cutting room floor in addition to Mickey, so he was in good company. These deleted scenes are available in several places–YouTube, special edition DVD and Bluray. Mickey’s work was pretty stellar. Therein was the problem with the film. Terrence had enough footage to put together a miniseries, yet needed to get it all under three hours in order to release it as a feature film. It stands as one of the finest WWII pictures ever made, though it couldn’t compete with the more audience friendly–relatively speaking–Saving Private Ryan in 1998. Maybe if Mickey’d made the cut? Oscar?

What? Tobey Maguire was supposed to be in Life of Pi? As what? The tiger? Here’s what went down. Ang Lee cast Tobey as the interviewer who spoke with Pi Patel, and enjoyed Tobey’s performance. No doubt, Tobey was gentle and sincere in his line of questioning. However, Ang chose to cut Tobey’s stuff, and recast the role. Why, you ask? Because Tobey was too well known. He was famous. Ang Lee wanted the film to stand on its own without the audience being distracted by familiar actors. It sounds a little silly, but it makes sense. Would Tobey Maguire increase ticket sales for a film like this? No. So, you go with unknowns, and you allow an audience to have no nostalgic moments with Spider-Man. We can rest assured that Ang wouldn’t have cast Heath Ledger in Brokeback Mountain after he played The Joker.

Getting right down to it, Uma Thurman being cut from Savages was one of the problems with this film. You’d think Oliver Stone could wrangle a little more say-so in meetings with studio brass, but that’s not the case. They kept pressuring Oliver to cut the film in length, and he fought tooth and nail to keep Uma in the mix. Ultimately, she was the one thing that could be cut, and the film would still “work.” Sadly, it robbed the film of its soul, and some of the understanding. Uma was cast to play the mother of O (Blake Lively), and it offered a deeper understanding as to why Blake’s character was the way she was. It built the foundation for such a desperate lifestyle, and doggoneit, it was excellent casting! If you’ve yet to see the film, you’ll agree: Uma should have stayed in the picture.

Now, to a film that cut something out that should have been. Paul Rudd enjoyed a cameo in Bridesmaids–a date for Kristen Wiig’s character, Annie. The film presents some pretty stellar dives into the pool of absurdity, but Paul’s character was a bit too much. Yes, it’s available as part of the deleted scenes, and yes, he is hilarious… but it’s too much. Paul has such a sweet disposition, it’s hard to imagine him being the d*** he plays in Bridesmaids, unless we’ve seen some of the d***ishness for the entirety of a film, e.g. Wet Hot American Summer. That said, it works well in the DVD/Bluray mix as bonus features. A nice sketch starring Paul Rudd and Kristen Wiig at an ice skating rink.

This one is interesting. Aside from the fact that they can’t quite seem to get Spider-Man right, Shailene Woodley was slated for a role in The Amazing Spider-Man 2. Because we don’t want to spoil some goodies that occur in the flick, we can’t really say how, or why Shailene would have fit into the mix, but we can tell you why she was cut. After some things happen in the story line, Peter Parker was supposed to meet and befriend the character played by Shailene. Instead, they decided it would be better to refocus on the relationship with Gwen Stacy, which the filmmakers did. It was decided they would introduce that character in the third installment of The Amazing Spider-Man, but as we all know, that’s not happening. They’re rebooting it… again. And no, Shailene isn’t a part of it.

Harrison Ford was cast in E.T., and his role in was somewhat significant–though you never would have seen his face even if he stayed in the picture. As film buffs can attest, you don’t see the face of an adult–other than Dee Wallace–until the third act of the film. There were other adults in the film, but Steven Spielberg was very careful to keep his audience in the world of the kids, until their world was taken with force by adults. Even when the teacher was present at school, the audience was never offered a glimpse of a face. It’s all about drunk Elliott, a sweet girl and a bunch of frogs. When Elliott got in trouble for the frogs, he was sent to the principal’s office, which was cut from the film. The principal was none other than a faceless Harrison Ford. His scenes were cut for time.