10 Actors Who Are Talented Musicians 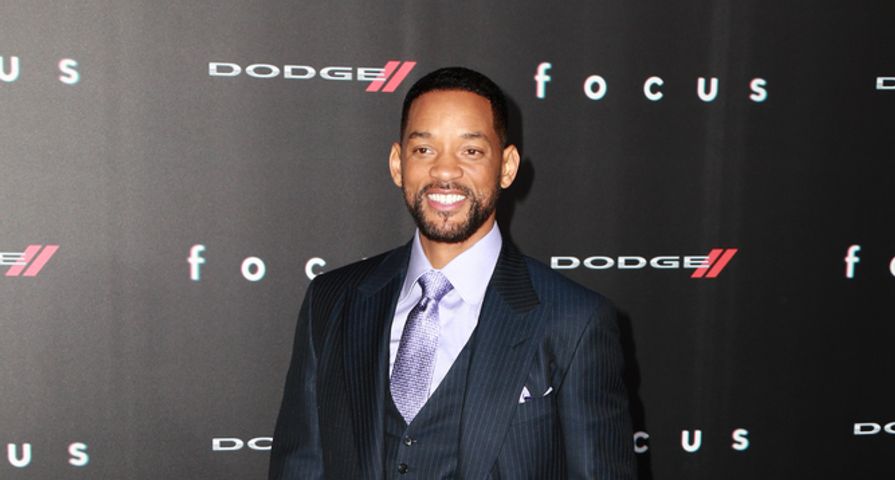 We love to gush over Hollywood A-listers and walking alongside them as their red carpet companions, there’s only one thing we love to drool over more and that’s musicians who know how to rock it on stage and perform to a sold out show. But when these two things collide, they make for a megastar who is impossibly desirable! What could be better than a hunky man who can throw down a hot track or perhaps a beautiful woman with pipes that soothe your soul? This list checks out those rare few that really can do it all when it comes to entertaining a crowd! Here are 10 actors who are also great musicians:

Mark Wahlberg got his start as the pseudo-rapper and front man of Marky Mark and the Funky Bunch back in 1991. After appearing on the cover of Rolling Stone magazine, Wahlberg posed for one of the most famous Calvin Klein ads of all time! He made the move to the big screen in Boogie Nights and eventually earned recognition with performances in The Departed and The Fighter, a film that earned an Academy Award for Best Picture. It seems like Mark’s rapping days are over but Deepwater Horizon is set to release in 2016.

Who doesn’t love Johnny Depp? He’s a mega babe and is regarded as one of the world’s biggest film stars. In addition to his countless films including Fear and Loathing in Las Vegas and Pirates of the Caribbean, Johnny Depp is also a skilled musician and has combined his acting and singing chops on screen in Sweeney Todd: The Demon Barber of Fleet Street. Depp has also played slide guitar on the Oasis song “Fade In-Out” and acoustic guitar in the film Chocolat and on the soundtrack to Once Upon a Time in Mexico. Depp’s musical cameos and side appearances are countless, but in 2015 he formed a supergroup with Alice Cooper and Joe Perry called Hollywood Vampires. They released a self-titled album featuring eleven classic rock covers and two new songs.

Jamie Foxx has come to be appreciated for his musical proclivities, rapping with Kanye and releasing hits like “Blame It,” which received many accolades and nominations, including a win for Best R&B Performance by a Duo or Group with Vocals at the 52nd Grammy Awards. But he actually got his start on the small screen on In Living Color and The Jamie Foxx Show. He’s also an Oscar-winning actor for his portrayal of Ray Charles in Ray, and has been in box office hits like Any Given Sunday, Law Abiding Citizen, Django and the musical Dreamgirls. Atta boy Jamie!

Jennifer Hudson got her start on American Idol after losing to Fantasia Barrino in 2004. But there was no stopping this soulful songstress and she made her big screen debut as Effie White in the musical film Dreamgirls. Her portrayal of the character landed her an Academy Award in 2006! This is a pretty big accomplishment for someone without any background in acting! Since then, she has also starred in The Secret Life of Bees and Winnie. In the midst of a budding acting career, she’s still found the time to release 3 albums and won the Grammy Award for Best R&B Album in 2009. Now that’s a force to be reckoned with!

Jared Leto is a well-respected actor with brilliant performances as a heroin junkie in Requiem for a Dream and as a transgender woman in Dallas Buyers Club, for which he earned an Academy Award for Best Supporting Actor. He is known as being a method actor who stays in character the entire duration of filming, even to the detriment of his own health. He is also a multi-instrumentalist and the main songwriter for the band Thirty Seconds to Mars. The band has released four studio albums to date to much success having sold over 15 million albums worldwide!

Most people fell in love with Zooey when she starred alongside Will Ferrell in Elf, but this adorable leading lady, also has a set of pipes that have the power to induce nostalgia and old-time sentimentality. She showcases her musical talents in her indie folk band She & Him, and you can cross one off your Christmas list this year by picking up A Very She & Him Christmas. How fitting! She was nominated for a Grammy Award for her work on “So Long” for the television motion picture of Winnie the Pooh, and her show New Girl has been continuously nominated for Golden Globes and Primetime Emmy Awards.

Broadimage/REX
Things You Didn't Know About The Irwin Family

Jennifer Lopez has held all posts in the biz. Getting her start as a Fly Girl dancer on In Living Color she remained a regular until she left to pursue acting. She earned her first leading role in the biopic Selena and became the first Latina actress to earn over $1 million for a role the following year in Out of Sight. She made her debut in the music industry in 1999 with a chart topping album On the 6, which included the single “If You Had My Love” that hit the number one spot in the United States. While she continued with films like Enough, Maid in Manhattan, and Gigli, which earned her a Razzie Award for Worst Actress, her music career may be her crowning achievement with eight studio albums to date!

Justin Timberlake made his debut on the small screen back in his Mickey Mouse Club days and then of course spent his stint on the boy band scene with ‘NSync, who is one of the best-selling boy bands of all time. He graduated to the big boy leagues with the R&B influenced and Grammy Award winning album Justified produced by Timbaland and The Neptunes. His next album FutureSex/LoveSounds was met with the same acclaim, and his acting career was brewing. His films The Social Network, Bad Teacher and Friends with Benefits have earned him much credibility in Hollywood. His appearances on Saturday Night Live have also earned him praise and a new generation of fans.

While most of the world knows Drake as the rapper from Toronto, he got his start under his real name, Aubrey Graham, on the Canadian teen series Degrassi, as the bullet wounded basketball star. Drizzy has also shown up in Ice Age: Continental Drift and Anchorman 2: The Legend Continues. While he hasn’t won any accolades for his acting, he has won a Grammy for Best Rap Album in 2013.

Will Smith is known to a to the tween population as an actor of high degree with flicks like The Pursuit of Happyness and Ali, but to their predecessors, we know Will Smith won the first-ever rap Grammy in 1989 with “Parents Just Don’t Understand” and made the move to the sitcom comedy circuit in 1990 with The Fresh Prince of Bel-Air. He also had some hits in the late 1990s like “Miami” and “Getting’ Jiggy Wit It” that won the Grammy Award for Best Rap Solo Performance, but it’s been his roles on the big screen that have kept us watching for all of these years. With 3 projects set for release in 2016 and Bad Boys 3 rumored for 2017, Will is still going strong!