Young And The Restless Spoilers For The Week (October 7, 2019) 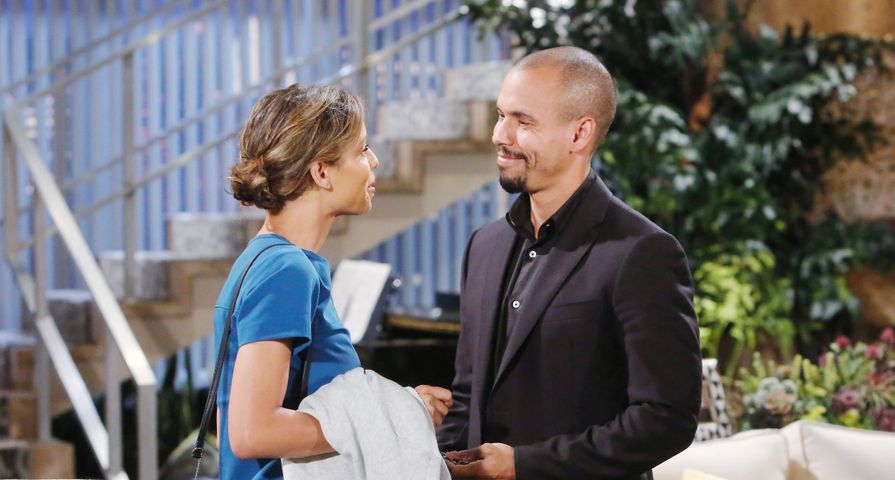 Calling all Young and the Restless (Y&R) fans! Seems like there’s another exciting week in the land of Genoa City in store. Vicky will be taken aback; there will be some drama in Las Vegas; and Billy will have an offer that someone won’t be able to refuse. Learn about these storylines and others in the Y&R spoilers for the week of October 7, 2019.

Y&R spoilers reveal that Vicky will both be unhappy and stunned when she finds out daddy Victor plans on coming back to work at Newman Enterprises. Considering what he just did, and how she’s been fending off the media, it makes sense that he lays low for a while. In fact, Vicky will even make an appeal to him later on in the week. It sounds like she’ll be hoping to change his mind but that probably won’t happen. The Moustache does what he wants.

It’s no surprise that Victoria will reach out to hubby Billy to inform him about her dad’s work status. She’ll probably be outraged and vent to him, but he’ll get an idea from it all. Y&R spoilers state that Billy will then offer her a job at Jabot. After all, he is co-leading the company now with nephew Kyle.

Speaking of, seems like the power struggle at Jabot is already creeping up between Kyle and Uncle Billy. Y&R spoilers suggest that the two will both be interested in the same office, which is most likely Jack’s old space, so viewers will need to tune to see who wins this first co-CEO battle.

Back to the Moustache’s world, Y&R spoilers indicate that he will work hard to make things right this week. This may mean at work, or with his family, especially the ones that weren’t in on the “plan.” Meanwhile, related teasers hint that Victor and Nikki will make a pact of sorts in the coming days. Could the two decide to change the direction at Newman and place a united front, or is it something on the personal end of things? Only time will tell.

5. What Happens In Vegas, Stays In Vegas

Or will it? Y&R spoilers tease that both Cane and Phyllis will be in Vegas, and the two will run into each other. In other related teasers, Cane will find himself in a dire situation when he is knocked unconscious after responding to a message around a meeting with Chance.

Phyllis will not only run into Cane this week, but she’ll also question Amanda Sinclair. Will the lawyer be in Vegas too? Y&R spoilers don’t reveal that; however, they do state that Phyllis will triumph in a situation. Can she get the better of Amanda? Or at the very least, more information about her past?

Y&R spoilers reveal that Chelsea will let go of something this week. Could it be her relationship with Nick, or potentially the grudge she has against him for hiding the truth about Victor, and not keeping her in the loop? This could teeter either way at this point. On one hand, they were able to nab Adam with what they did, but on the other, her son Connor is hurting terribly.

2. Blast From The Past

Some feel-good Y&R spoilers indicate that Traci and Jack will take a stroll down memory lane, and look back on the past. Could this mean some childhood memories, photos, or potentially a montage of past scenes from the show? There will be a ton of this stuff as they write their book.

Y&R spoilers suggest that Elena will be worried about Devon this coming week. Rightfully so. After all, he’s lost in the recent past, this inheritance lawsuit has been a big blow. Devon is certainly after more than money; however, a lot of his business and philanthropic activities are tied up in that inheritance.