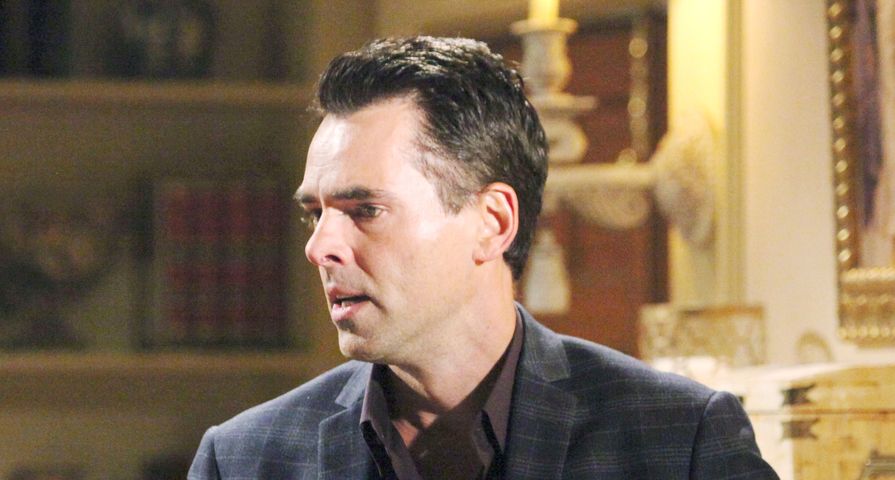 This week on The Young And The Restless (Y&R), Nick and Adam’s custody battle for Christian begins. Also, Lauren is suspicious of Michael and Kevin and the green-eyed monster comes gunning for Rey once again. Plus a sneak peek at next week. Read below for more Y&R spoilers for the week of July 22, 2019.

9. Deal With The Devil

Knowing Kevin is just going to get himself into a whole whack of trouble if he tries to mess with Adam, Michael makes a deal with Victor’s prodigal son. He will tell Adam he’ll recuse himself as Nick’s lawyer in the Christian custody case if Adam will leave Kevin alone and stop sending him as an errand boy to do his dirty work. Will Adam agree to the deal?

The custody battle for Christian begins this week and it looks like the time has come for Nick and Adam to air their complaints against each other in the courtroom. According to spoilers, Nick will be representing himself, so it looks like Adam will agree to Michael’s deal. In a video preview, Nick walks into the judge’s chambers and tells him Michael can’t be there. Other Y&R spoilers indicate Nick’s charade will be unmasked this week — will Adam expose the video evidence of Nick’s creepy J.T. impersonation earlier this year?

Y&R spoilers tease old friends Sharon and Chelsea will get into it this week. Will Sharon be concerned that Chelsea is going to break Nick’s heart all over again? Or does she think Chelsea should have reunited with Adam? Nick recently asked Sharon when she was going to see Adam for who he really is. “I guess when you see Chelsea for who she is!” Sharon replied. Viewers can expect a war of words to break out between Sharon and Chelsea when they run into each other at Crimson Lights. In a video preview, Sharon says to Chelsea: “I heard you were back in town – returning to the scene of the crime?”

Lauren knows Kevin is up to something (when isn’t he?) and she’s also suspicious Michael is involved in it somehow. She will run into Kevin this week and ask him why he’s really in Genoa City. He will brush her questions aside and make a joke about it, but Lauren will not believe him. She’s convinced Michael is keeping something from her and she knows it must have something to do with his brother.

When Lauren questions Michael about what is going on with Kevin, he will tell her his brother is just in town for a visit. But he will also mention he’s excused himself as Nick’s lawyer because his previous business manager is the judge’s wife. Spoilers tease Lauren won’t believe him, and she will grill him for the truth. Michael will lash out and accuse his wife of not having his back. All this will lead to big problems in Michael and Lauren’s marriage, but will they break up over it?

Although there doesn’t seem to be any evidence of glimmers, flickers or even cinders hovering between Nate and Abby, spoilers indicate the two of them will feel sparks this week. After having attended the uncomfortable Newman family dinner with Abby recently, it’s surprising Nate didn’t run screaming from Society, vowing to never see her again. But it looks like viewers will be forced to suffer through even more awkward scenes of these two together.

Billy feels that Delia is leading him to solve a mystery – he recently found her doll and has been having nightmares about her death. This week, he discovers the name “ADAM” written under some wallpaper at the Chancellor estate. Billy is with Kevin when he finds and says: “Delia wrote this, she’s trying to tell me something.” But what is it and where will all this lead?

Viewers know Rey was burned badly by his wife Mia recently, and he’s concerned about his girlfriend’s relationship with Adam. However, he’s been playing the same tune for weeks now as he questions Sharon’s loyalty to him and her bond with Adam. Sharon has repeatedly told him she loves him and not Adam. But will the green-eyed monster of jealousy raise its ugly head and will Rey’s suspicions ultimately send Sharon running into Adam’s arms?

Spoilers indicate Michael will stand his ground next week, but with whom? Adam? Kevin? Also, Elena will bond with Nate. Hopefully, this is just about friendship, as Elena is in a serious relationship with Devon. And Billy will keep a secret. Will the secret he keeps have to do with the fact that Chloe is still alive? Or will it have something to do with the clues he’s finding from Delia? Stay tuned!