Young And The Restless Spoilers For The Week (February 11, 2019) 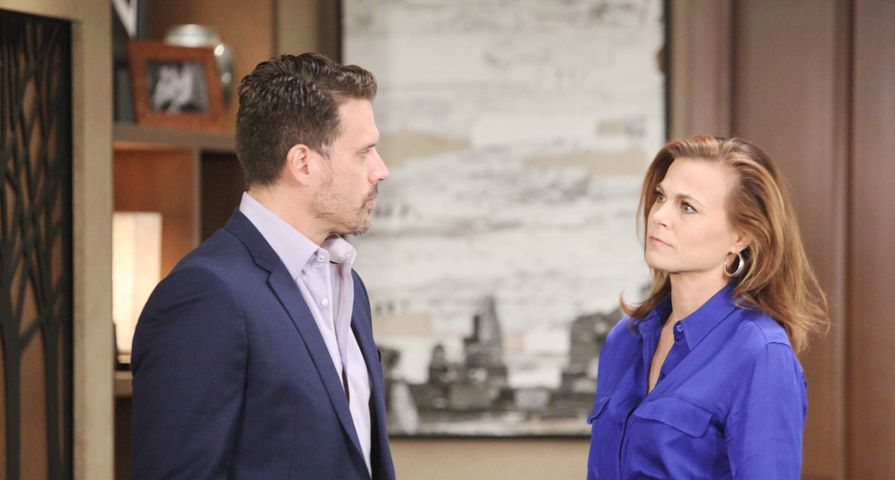 After a highly-emotional week for the cast, crew, and fans of the Young and the Restless (Y&R), viewers may find it hard to move on after seeing actor Kristoff St. John’s (Neil Winters) last episode that aired this past week. Having said that, the Y&R recently released a statement promising a special storyline that will launch in April, honoring the legacy of St. John and Winters alike. In the meantime, below are some spoilers on what Y&R audiences should expect the week of February 11, 2019.

Y&R spoilers indicate that Nikki will pay the price for saving Victor and taking the wrap of J.T.’s murder this week. While her actions were noble and done so because of the love she has for The Moustache, the reality will begin to sink in fast for Nikki, as she sits in jail.

It’s sweet that both Nikki and Victor love each other so much that they each want to take the blame for J.T.’s murder to protect each other, and their daughter Victoria. Y&R spoilers indicate that the Moustache will be in “damage control” mode doing all he can to help Nikki in the circumstance she is now.

Summer’s games with Kyle will continue on this week, as she will be relentless in her pursuit of winning him back. Y&R spoilers tease she’ll put on the charm for him, but will he waiver? Seems impossible at this point, Summer will require more than just charm if she wants to snag her ex away from Lola.

6. Jack Stands By His Son

Speaking of Kyle, Y&R spoilers indicate that Jack will stand up for him this week, and this most likely has to do with Jabot and work. It’s great to see this father-son pair closer than ever, so it may even have to do with something on the personal end of things, or something someone has said to Jack in passing. Either way, he’ll stand by Kyle and stick up for him.

This newly-engaged couple will continue to celebrate their pending nuptials by landing on the magazine Life & Style’s cover. How will Mia handle this news? Y&R fans know just how jealous Arturo’s sister-in-law is when it comes to this relationship and their wedding on the horizon. Mia will most likely have a fit of rage when she finds out.

4. Sparks Between Sharon and Rey

Mia is “happily” married to Rey, but if she continues to be more preoccupied with his brother, this may not last long. Regardless, his eye will wander this week. Y&R spoilers indicate that Sharon and Rey will feel some sparks between them in the coming days. In fact, teasers hint that Sharon will crack under pressure, so maybe she gives into her feelings? In other Sharon spoiler news for the week, she’ll come across some shocking news.

Y&R spoilers indicate that Cane will try to compensate for his recent actions, and repair the damage he caused. This undoubtedly has to do with Lily and losing her trust, but what could Cane do to make things right in his relationship again? The distance is hurting them, and his make-out sessions with Vicky created a huge wedge in their marriage.

Y&R spoilers suggest that Phyllis will get toyed with by Nick this week. With all that is going on right now with the Newmans and J.T.’s murder cover-up, not to mention the fact that there is a clear enemy plotting revenge on the family, Nick may be looking at Phyllis in a new light.

Seems like Friday’s episode should be a pretty big one, as Y&R spoilers promise that an alliance will be revealed. Could this mean that what Nikki, Vicky, Phyllis, and Sharon did will come to light? Or could this be another alliance that is found out, possibly connected to whoever is targeting the Newman family? Friday’s Y&R weekend cliffhanger should be a good one!