Young And The Restless Spoilers For The Week (August 6, 2018) 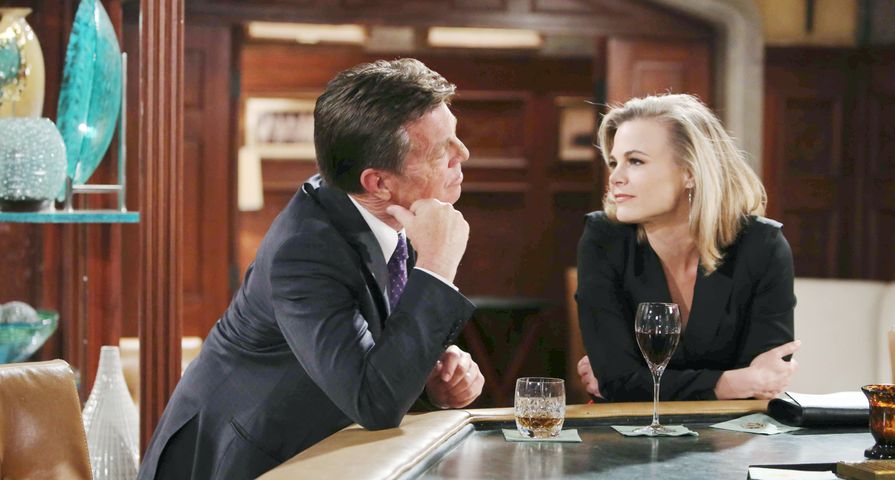 August is well underway, and while summer’s end is mere weeks away, the drama continues to heat up on the Young and the Restless (Y&R). This is a week fans won’t want to miss, as Billy unveils his secret Jabot project, Lily makes a confession, and Phyllis and Jack get a little closer. Learn more about these storylines and others in below Y&R spoilers for the week of August 6, 2018.

Y&R spoilers indicate that Billy will finally reveal the Jabot secret project he’s been keeping hush-hush for weeks now. He’ll make his announcement and it turns out Lauren won’t be very pleased about what Billy’s been up to, or about to unravel. As the project doesn’t serve well for Fenmores, Phyllis will get pulled into the middle of the battle between Lauren and Billy this week, which just might get ugly.

8. What’s The Secret Project All About?

Billy’s plan centers around opening new Jabot boutiques. This will undoubtedly offer some huge competition to Fenmore’s. Lauren won’t be shy about voicing her opinion, pointing out the hit the company’s cosmetic departments have taken. While Lauren will dispute the project, Billy will make it a point to let her know that it’s his way or the highway when it comes to Jabot.

7. Philly On The Outs

While Billy and Phyllis just made amends, this corporate war will add some additional stress on the relationship. Lauren wants Phyllis to prove her loyalty to Fenmore’s, while Billy will want his girlfriend to support him when it comes to Jabot. Will Y&R fans see Philly suffer another break-up?

6. Summer Lays It On Thick

Summer will undoubtedly notice the tension between her mom and boyfriend and will continue to lay it on thick with Billy, bringing it up a notch this week when it comes to the seduction scheme. Y&R spoilers indicate that Summer will plant a kiss on Billy this week. But will he reciprocate? He’ll be in a fight with Phyllis, and fans can see how hard it has been for him to resist Summer’s recent advances as it is.

Speaking of kisses, Philly is surely on its way out, as Jack and Phyllis not only share a moment this week, but a kiss as well. This week’s promo for the Y&R shows Jack and Phyllis together, where Red questions him about his feelings for her, and Jack makes it clear that he never stopped caring about her.

4. Lily Turns Herself In

Lily makes the right decision and heads to Paul to let him know that she ran the red light, which causes the accident that took Hilary’s life. What does this mean for Lily’s future in Genoa City? Well, while she was upset and still took the wheel, at the end of the day, running the red light was a mistake, and we all know it wasn’t intentional on Lily’s part.

However, Devon doesn’t see it like this and he’s still very shattered around Hilary’s death. Y&R promos for the week show that Devon is bent on making his sister pay for her mistake and running that red light, as he hopes to persuade the judge to throw the book at Lily. This causes a huge and physical faceoff between Cane and Devon.

The Newmans will be busy this week, as per usual, as Victor requires assistance from Nate. The Moustache will also call a truce, so here’s hoping that his feud with son Nick can be laid to rest before it gets any uglier. In other news from Genoa City’s most-watched family, Nikki will cross the line with Sharon.

As Neil had a brutal week last week, he’ll receive some comfort from Ashley. Are these two on the verge of hooking up again? Y&R spoilers indicate that they are. Speaking of Ash, she’ll test her brother Jack’s loyalty this week. Lastly, Kyle will challenge Summer, and with these two working together, it most likely has to do with something in the boardroom.