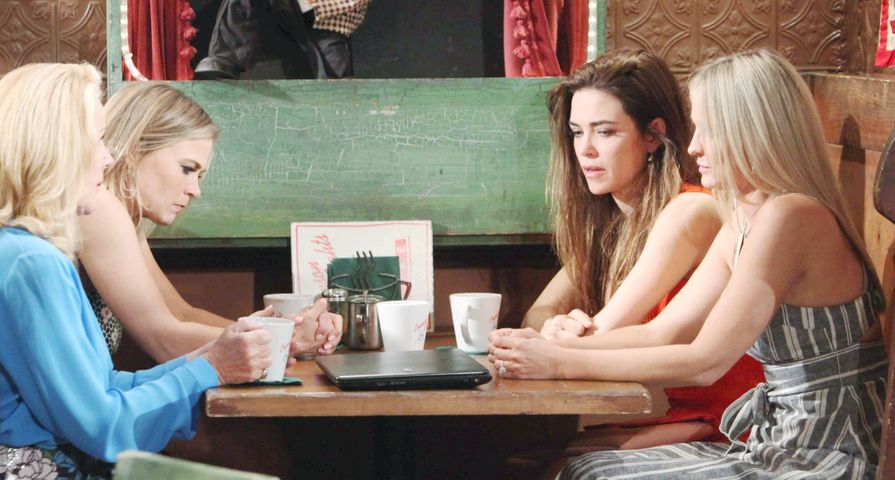 Today on The Young and the Restless, Sharon and Phyllis will discuss the cryptic notes that they have both received. Then they will meet with Victoria and Nikki and all four of the women will realize that they have received identical notes. Sharon is convinced that someone wants to scare them and that someone knows what they did and is on to them. Phyllis is convinced that it is Rey and Victoria can’t think of anyone else who could possibly want to scare them like this. When Sharon asks Nikki if it could be Victor, she isn’t convinced, and then all fingers will point back to Rey. Y&R fans, something is coming and only time will tell who is sending these notes.