Home » Trending News » We Weigh In: Is The Young And The Restless Squandering Its Young Talent?

We Weigh In: Is The Young And The Restless Squandering Its Young Talent? 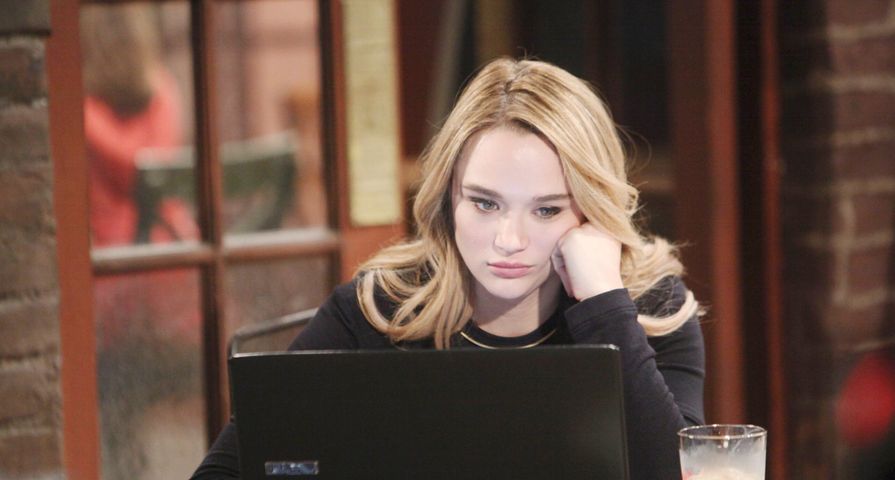 The news that Hunter King and Michael Mealor will be departing The Young and the Restless (Y&R) continues to send shockwaves throughout the show’s audience. First, there was widespread alarm over the rumors, and then outrage upon Mealor’s confirmation of them. Now, as the disappointing news sinks in, viewers are voicing a familiar criticism of the CBS soap: that Y&R producers don’t prioritize the soap’s younger talents.

For a soap opera with “young” right there in the title, it’s a fair point to make — especially given the show’s choices over the past few years. Let’s take a look at recent casting decisions and storylines that surround Genoa City’s young adults.

Let’s start with Lola. Despite her popularity as one of the few, truly down-to-earth characters, Lola Rosales (Sasha Calle) was never presented with a decent romance after her marriage to Kyle ended. Increasingly, she was relegated to kitchen duties at Society and left the canvas when she found a real-life opportunity in prime time, as Supergirl. Who could blame her? She was basically a few lines of dialogue shy of the woman in the green dress who works at the Grand Phoenix hotel!

Cait Fairbanks might make a similar exit. Her character, Tessa Porter, was demoted to recurring status in July 2019 and, for that reason, hasn’t had a storyline of her own in a while. The two-time Daytime Emmy nominee is essentially a sounding board for Mariah (Camryn Grimes) these days, and will leave when a better opportunity comes knocking.

Speaking of Mariah, her life has been equally drab. Although some viewers can relate to her challenges of carrying a child (notably as a surrogate), Grimes’s talent should catapult her into much more demanding storylines. When we reflect on the incredulous plot that Y&R hatched in order to bring Grimes back as her own twin (after playing Cassie Newman to acclaim in the 90s), it’s strange to see her character so uninvolved.

Let’s pivot to Chancellor Estate, where Abby Newman (Melissa Ordway) has been handcuffed to a story that literally couldn’t progress. As Abby endured a dull rollercoaster of emotions waiting for Chance, missing Chance, getting a phone call from Chance and worrying about Chance, viewers knew that her hubby wasn’t about to emerge — because actor Donny Boaz was dropped from the role in early 2021!

Yet another young casualty of the CBS sudser, Boaz left the canvas without really understanding why. Apparently, producers weren’t looking to recast the role; as Boaz put it, “he’s just not gonna be there anymore.” With the recent development of Mariah’s disappearance (along with Abby and Chance’s unborn baby), perhaps we’ll get to see what Y&R’s young stars are capable of in a satisfying, exciting storyline.

Want Y&R plotline predictions? Check out Young And The Restless Plotline Predictions For the Next Two Weeks (July 12 – 23, 2021)

Which brings us up to date with Summer and Kyle’s impending exit. Even for Y&R fans who didn’t tune in specifically for Skyle, there will be a noticeable crater in the Genoa City topography once Summer Newman and Kyle Abbott disappear. Both characters clocked a lot of screen-time, with King and Mealor working their charisma alone and chemistry together. Who’s left to fill that void, Reylynn Caster (Faith Newman) and Jacob Aaron Gaines (Moses Winters)?

In Skyle’s absence, we’re left with a handful of young-ish characters who don’t command a lot of story. This stands in stark contrast to previous generations of Y&R, in which Sharon Collins (Sharon Case), Nick Newman (Joshua Morrow), Victoria Newman (Heather Tom), Grace Turner (Jennifer Gareis) and Ryan McNeil (Scott Reeves) were involved in a variety of stories that ran the gamut of business and pleasure. The narratives surrounding our current bunch feel second-tier by comparison.

Having said all of this, there’s another side to this issue that Skyle fans won’t want to hear right now. The argument that Y&R producers aren’t interested in promoting younger talent would mean that they aren’t interested in growing a younger audience, and we know that isn’t the case. So, how much were King and Mealor insisting on, when their contract negotiations went south? The magic number was clearly large enough that it would’ve impacted other cast salaries, and perhaps even forced someone else’s character off the canvas.

Besides, there are two younger cast members who do get ample screen-time — and they get complained about constantly! Sally Spectra (Courtney Hope) and Tara Locke (Elizabeth Leiner) are very involved in storylines right now but because of their characters’ motivations (to break up Skyle, in a nutshell), they’re vilified. On social media, fans are frequently calling for Sally and Tara to leave the show. While Sally’s antagonist future looks secure, as she has some strong history with legacy co-stars, Tara had better make some fast-friends before Kyle leaves town!

It’s also fair to point out a counterargument that fans (some of the same fans, probably) have been making for just as long: that older Y&R cast members don’t get enough screen-time. The case of Doug Davidson (Paul Williams) leads the pack in terms of fan petitions being rebuffed by Y&R producers, yet he’s one of several legacy cast members who rarely get to appear in meaningful plots. Impressive actors like Eileen Davidson (Ashley Abbott) and Michael Baldwin (Christian LeBlanc) have much more to offer than obligatory appearances that remind viewers they’re still in town.

If viewers are upset that Y&R doesn’t showcase enough of its younger and older stars, then perhaps the real message here is that fans can’t get enough Y&R, period. After all, I’m not hearing complaints about seeing too much of actors in the middle-aged range. Nobody seems to be sick of Mark Grossman (Adam Newman), Michelle Stafford (Phyllis Summers) or Melissa Claire Egan (Chelsea Newman)! So, does Y&R really have a problem showcasing its young stars, or does it have a problem satisfying everyone at once?