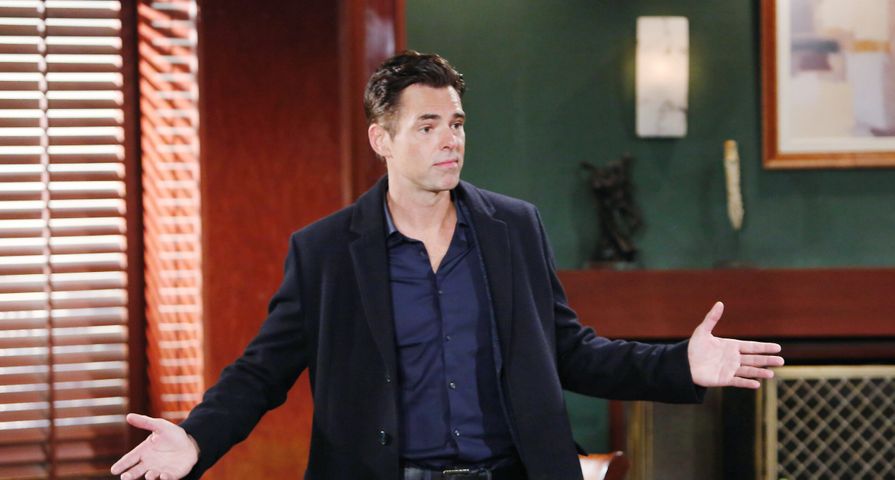 If you’ve noticed a certain lack of intimacy on The Young and the Restless (Y&R), don’t blame the talent — because they’re fuming about it as well!

In an Instagram story, Jason Thompson, who portrays Billy Abbott on the CBS soap, set the record straight about filming love scenes on a set with rigidly enforced health protocols.

“I just watched yesterday’s Young and the Restless episode and, at the very end, Victoria and Ashland tell each other that they love each other,” Thompson began, setting the scene. “And they really want to make things work — their relationship work — and he’s going to get treatment for his cancer because he loves her so much and she loves him.”

Clearly he had just watched the episode in which Victoria (Amelia Heinle) confessed that she loved Ashland (Richard Burgi). In response to her declaration, Mr. Locke immediately decided that life was worth living and that he would seek treatment for his rare, deadly condition. Even for viewers who suspect that Ashland is faking his illness, it was a touching scene… Yet, it was missing something.

“And at the very end, Victoria and Ashland, they don’t kiss,” Thompson balked. “They don’t embrace. They don’t love each other the way that we would in that moment — because in every single scene, we are still six feet apart, even though most of us are vaccinated.”

Appearing genuinely distraught by this global health crisis and its lingering effects on his industry, Thompson summed up his feelings. “Go get vaccinated,” he advised. “So we can all get back to normal and Victoria and Ashland can kiss.”

However, the Emmy-winning, Canadian-born actor couldn’t resist lifting the mood as the video concluded, adding, “Hey, trust me, she needs it!”

Although Instagram stories only last a day, a Twitter user has captured the video for posterity and it can be viewed below.

I dont go here but this is hilarious. #YR @erika_kay10 pic.twitter.com/Xu3RkNIa9B