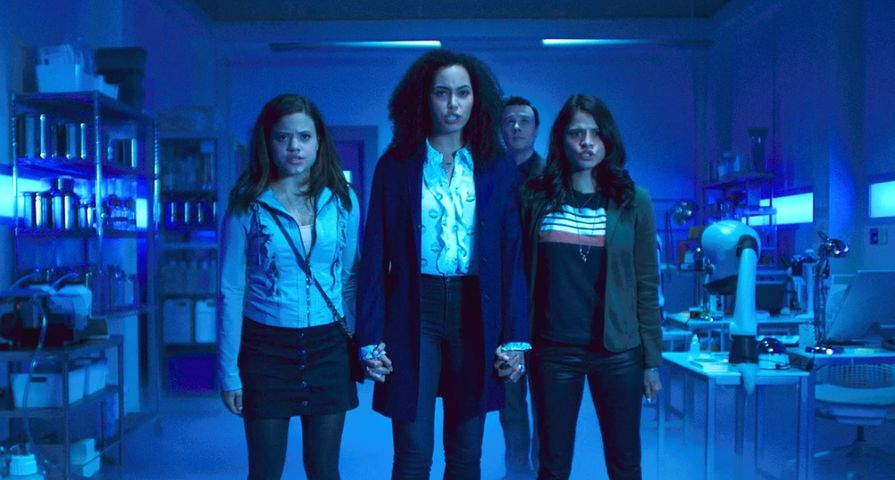 In early 2018, after years of rumors, The CW finally confirmed it had given a pilot order for a reboot of the beloved series Charmed, and on Thursday, May 17 the network released the very first trailer of the new take on the show, and fans of the original were not happy.

The trailer sparked immediate outrage from fans of Charmed which ran for eight seasons from 1998-2005 and starred Holly Marie Combs, Alyssa Milano, Rose McGowan, and for three seasons Shannen Doherty. Most fans were angry that instead of doing a revival (which would include the original story and original characters) The CW opted for a reboot (which keeps the same premise but with all new themes and characters) but star Madeleine Mantock hopes people will give them a chance. “It’s a fresh take. The main similarities are there are three sisters. There are a few nods to the original in the pilot,” she said at The CW’s Upfront Presentation in New York City on Thursday, May 17.

The Charmed reboot stars Mantock as eldest sister Macy along with Melonie Diaz and Sarah Jeffrey who play Mel and Maggie. After the death of their mother, Macy shows up on the doorstep of Mel and Maggie’s and announces herself as their sister and the three sisters begin to find their powers with Macy having telekinesis, Mel can freeze time, and Maggie can read minds. Mantock added the the real-life chemistry all three women have in real-life has helped shape the show, “We have a really good bond already. I feel real grateful, and I love working with these two.”

“We want the fans to like it, but at the same time I feel like expectation is not exactly the healthiest,” Diaz added. “We just want to make a good show.” Sarah Jeffrey also said, “We definitely respect the foundation that has been made but there are of course new themes. We’re in a totally different time.”

Despite the fact that fans of the original as well as original star Holly Marie Combs have slammed the reboot, she hopes that they come around to it and that the original stars might even be up to making an appearance.

Charmed will air Sundays on The CW this fall.