Holly Marie Combs Is Not Thrilled About ‘Charmed’ Reboot News 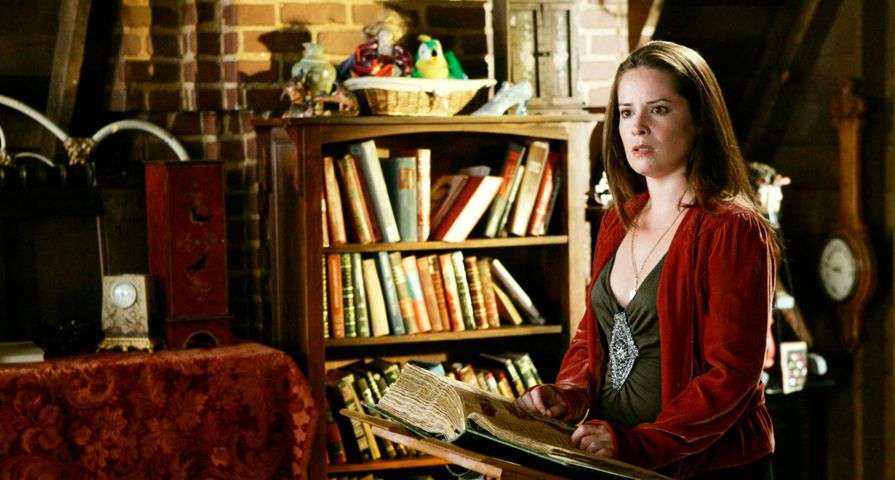 With news that The CW has officially given a pilot order for a reboot of the iconic late ’90s and early 2000’s series Charmed, many people are reacting, including the original series’ star Holly Marie Combs.

As news broke on the morning of January 26 about the Charmed reboot, Combs, who starred as Piper Halliwell, took to her Twitter to insist she “wished them well” but made it clear she wasn’t thrilled about it. “Here’s the thing. Until you ask us to rewrite it like Brad Kern did weekly don’t even think of capitalizing on our hard work. Charmed belongs to the 4 of us, our vast amount of writers, crews and predominantly fans. FYI you will not fool them by owning a title/stamp. So bye.”

She went on to offer her opinions that the “new Charmed” will add important “feminist” storylines by retweeting the story from Entertainment Weekly, and writing, “Guess we forgot to do that the first go around. Hmph.”

Combs starred in all eight seasons of the show from 1998-2006 alongside Alyssa Milano, while Shannen Doherty and Rose McGowan rounded out the other Charmed sisters. Brad Kern was the executive producer on the series, and it truly seems Combs is not ready to have their hard work replaced or taken over.

“This fierce, funny, feminist reboot of the original series centers on three sisters in a college town who discover they are witches. Between vanquishing supernatural demons, tearing down the patriarchy, and maintaining familial bonds, a witch’s work is never done,” the new description for the rebooted Charmed from the network reads.