The 5 Worst Dressed Stars At The MTV Movie Awards 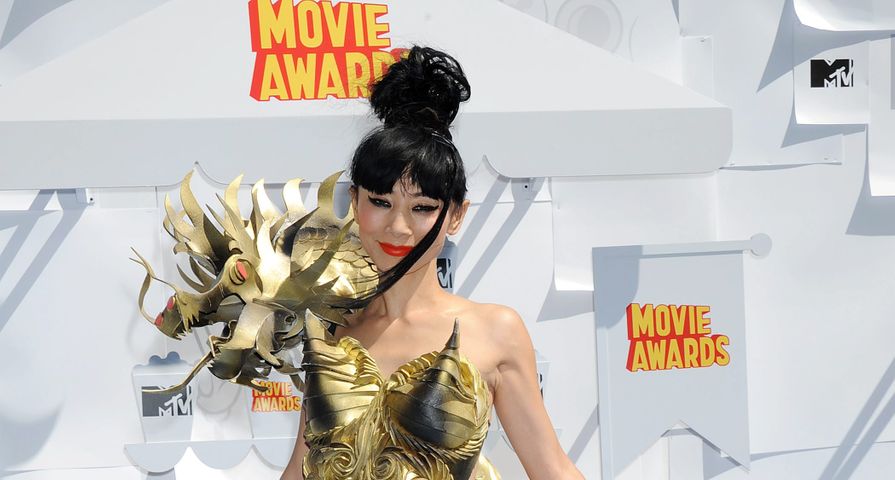 With all of the high-brow awards show over with, the 2015 MTV Movie Awards are decidedly less conventional, giving out awards for Best Shirtless Performance and Best Scared as Sh-t Performance, and of course fashion risks are taken to a whole new level as well. While fearless fashion is always respected, sometimes it just doesn’t pay off as some of Hollywood’s biggest young stars learned on Sunday night at the Nokia Theatre in Los Angeles.

Shailene Woodley may be one of the biggest actresses in Hollywood right now, winning Best Female Performance, Best Kiss and Movie of the Year for The Fault In Our Stars, unfortunately the fault with this star was her style choices for the night. The usually stylish actress fell flat with an odd ensemble that included a striped top, heavily patterned high waist pants and Victorian style boots.

“Boom Clap” singer Charli XCX has her own unique style but it did not pay off at the awards show. Her arrival style included Spice Girls era platform boot/heels along with a raincoat inspired plaid mini dress, adding up to one odd look.

Last but certainly not least is Bai Ling’s most talked about outfit of the evening. The actress went way outside of the box by wearing a dragon which she referred to as her boyfriend to the event. Aside from the dragon, Bai Ling wasn’t wearing much else with sky high heels and a barely there skirt, but it didn’t really matter as all eyes were on her huge costume piece.

Who rocked the red carpet? Check out our list of the 5 Best Dressed Stars at the MTV Movie Awards!