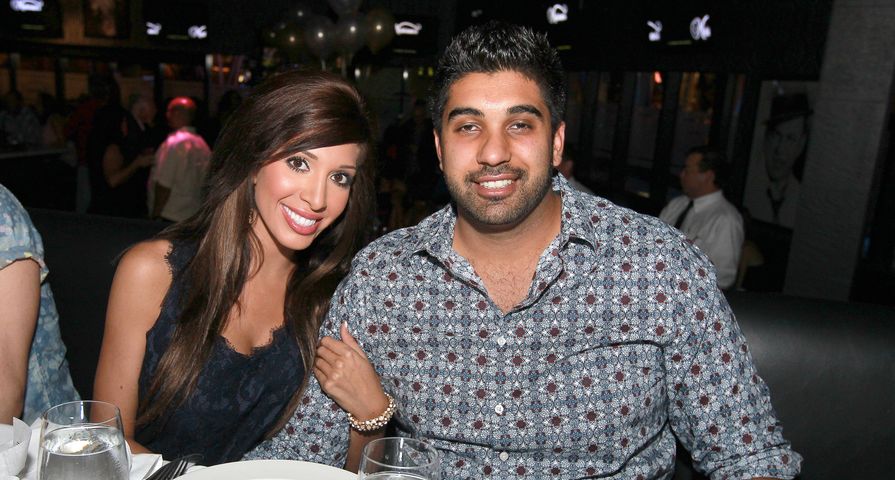 Things You Might Not Know About Tyler And Catelynn Baltierra's Relationship
Source: Wetpaint

For Teen Mom OG fans, the drama can always be counted on both on and off screen, and lately, we can thank Farrah Abraham’s on-again, off-again boyfriend, Simon Saran, for that.

Saran has taken to “roasting” the Teen Mom stars on Monday nights via his twitter and Snapchat accounts as the episode air, and during last week’s episode, he sparked a feud with star Amber Portwood.

On Snapchat, Saran referred to Portwood’s fiance Matt Baier as a pedophile saying he is a “red dot in your community, watch out for him,” referring to the sexual predators’ registry. In one particular scene, Amber’s daughter Leah, seemed nervous, causing Saran to say, “I’d be nervous too, sweetheart. You don’t want to sit on that man’s lap.” It didn’t take long for Portwood to go on the defensive taking to her twitter account to write, “Simon your a little b–ch who lets a girl talk mad s–t to you. Your weak and irrelevant. Your a little boy toy puppet.” He simply responded, “@AmberLPortwood you let a pedophile into your house congratulations.” Portwood then replied, “how is he a pedophile lol. Where does that even come from? Stfu and be the little boy toy weak ass person you are.”

While the feud ended there, it seems someone must have said something to Saran because, not long after he told a follower that, “Out of respect I will not roast Teen Mom since I am asked to respect cast members feelings. Pick another show!”

Earlier, during his roasting of the stars, he also made waves when he accused both Maci Bookout and Amber Portwood of drinking while pregnant. Bookout simply responded, “I never pay attention to any of the comments or press or anything like that, I never have. It’s kind of just a dark hole that I don’t want to get into, but you know, it was more important for me to know that everything with Maverick and the pregnancy was okay and that there were going to be no complications or issues.”