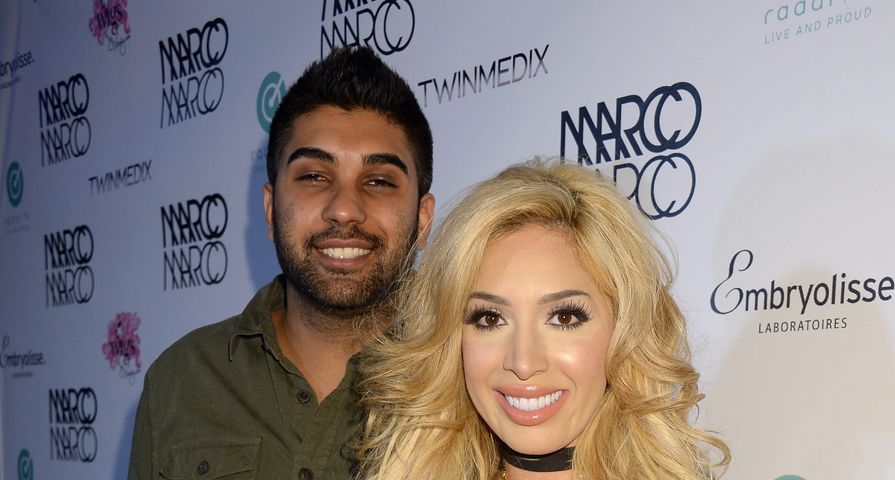 Things You Might Not Know About Tyler And Catelynn Baltierra's Relationship
Mandatory Credit: Photo by Broadimage/REX/Shutterstock

It seems that Teen Mom star Farrah Abraham and her ex Simon Saran will not be on civil terms for quite a while. Abraham recently revealed that she’s served Saran with a cease and desist letter.

“There’s a lot I’ve been through with him and his actions now are embarrassing,” Abraham stated. “If he wanted to be with me, he had the opportunity, but instead he missed his chance. [He’s been] saying lies about me, my parenting and other slanderous things.”

She concluded by adding, “He doesn’t get along with anyone in my work, my friends, my family and I’m tired of helping him while I get treated horribly. I’m enjoying not being friends with my ex and like every other ex he’s in the past now.”

The feud recently was taken publicly on Twitter where Saran tweeted, “#MTVSingeAF wasted all that money traveling the world and couldn’t find farrah a date! Damn you guys f–king suck! #MTVSingeAFAbraham.” Abraham responded by accusing him of using her for her money and for being ungrateful.

Saran and his team have yet to comment on the legal action Farrah has taken.