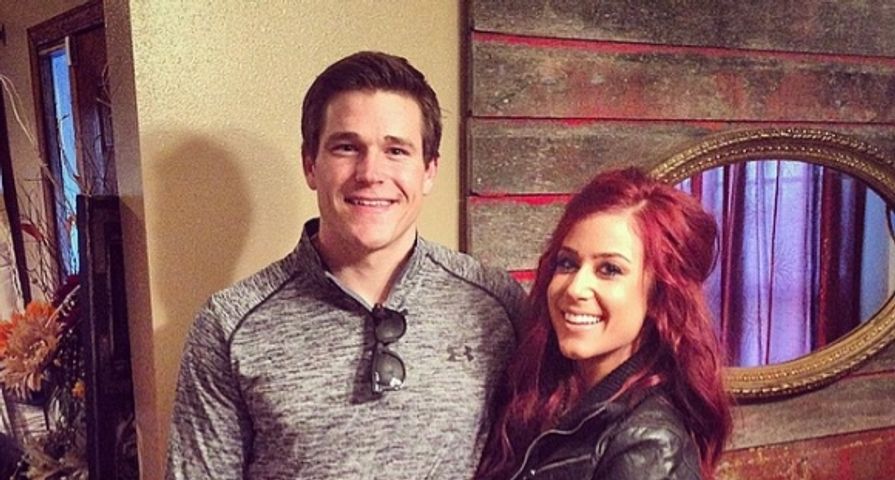 There is a big congratulations in order for Chelsea Houska and Cole DeBoer! The Teen Mom 2 stars revealed their big news in an Instagram photo on Wednesday, Nov. 18, captioning the cute picture, “He’s stuck now!”

Houska, 24, became a reality star when she and then boyfriend Adam Lind appeared on MTV’s 16 & Pregnant, welcoming their daughter Aubree. Since then, fans have watched their story develop after they broke up and Houska raised Aubree while Lind continuously fought for custody, but kept getting in trouble with the law, hurting his chances of seeing his daughter.

Houska has gone on to graduate from high school and become an aesthetician before meeting the man of her dreams, Cole. Houska opened up about DeBoer’s super romantic proposal, telling MTV, “Cole brought me to a personal spot in the woods where he had photos lining the tree. The pictures hanging were of him and I and the three of us as a family.” With Aubree being the biggest part of Chelsea’s life, Cole knew he had to get her permission first, “Cole asked Aubree if it was okay if he married her mommy. She immediately said yes, and was extremely excited, and gave him a big hug.”

While Cole has chosen to not be a forefront on the MTV show, he has appeared since the two began dating last August and Season 6 documented their relationship growing, including Aubree wanted to call Cole “dad” and Cole moving in with the pair. Houska also told MTV that they are planning a fall wedding, adding, “The ceremony will be small and intimate with our close family and friends.”

Also Check Out: Cast Of Teen Mom: How Much Are They Worth?