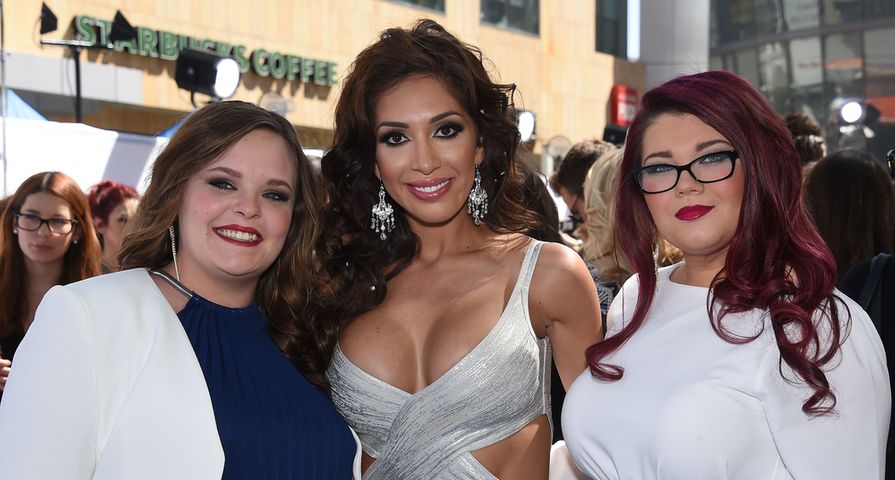 Things You Might Not Know About Tyler And Catelynn Baltierra's Relationship
Source: Shutterstock

The feud between Teen Mom costars Farrah Abraham and Amber Portwood is stronger than ever with the most recent news that Farrah sent Amber and her fiance Matt Baier a cease and desist letter.

Abraham once again criticized Portwood and Baier for their alleged obsession with her. “I mean, I don’t give a s**t about either of them, and I’m sick of them trying to be like me. They’re obsessed with me,” she claimed. “I sent them a cease and desist so they need to leave me out of their books, out of their interviews, and I don’t want anything to do with them.” Despite Abraham’s claims, a source close to Portwood and Baier has stated the couple never received a letter.

Farrah’s claims that Portwood and Baier are “obsessed with her” stem from the couple’s confirmation that they received a sex tape offer from Vivid Entertainment and have not ruled it out. “They hope to follow in footsteps of mine, the envy of them wanting to be me never fails,” she told Us Weekly. “I doubt doing a sex tape at 26 is the right direction. It’s sad how hard Amber tries to be me.”

Aside from her disagreements with Portwood, Abraham has had long-time feuds with other Teen Mom costars as well with seemingly little hope for a reconciliation any time soon. “I’ve tried to be friends with them over the years, and I’m just not anymore. And it’s just unhealthy,” she revealed to Us. “I’m just making healthier choices for my 26th.”