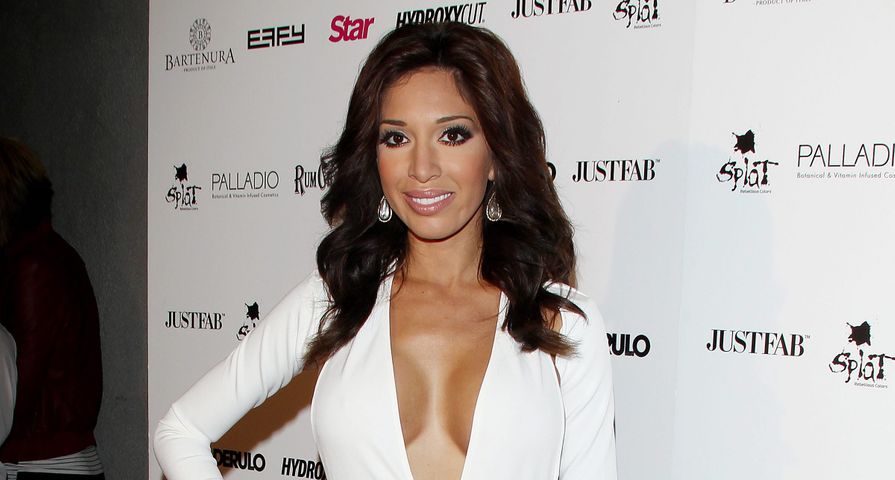 Fans of MTV’s hit show Teen Mom know by now that after five seasons and a lot of drama, Teen Mom OG star Farrah Abraham is a loose cannon. More than once she has had iconic meltdowns while on camera for the show, but the one from the finale of season five really bested them all.

On Monday, Feb. 22 MTV aired the final episode which saw Abraham lose it when Teen Mom/MTV producers told her she couldn’t sign a contract with a rival show which she said was to do therapy with her mom. Her attitude started out fine. She told producer Heather they “aren’t in production” and didn’t know why they showed up at her door.

She then asked to speak to the producer Larry, and after he tried to explain to her why she’s not allowed to sign with another show, the real Farrah Abraham made her appearance. “I did everything on my end, sweetheart, so you can just take your little ass, and get on a phone call, and do your job. Up your ass.” She then took it a step further, by attacking Larry both verbally and physically, cursing at him, “You know what’s so f–ing laughable right now? Larry, I’m laughing. I would love not to laugh in your face. Why are you so white trash? Are you around people all the time who are trash, and you need to keep arguing with me?” Farrah then shoved Larry and called him a “dumb, twisted motherf–er.”

Although she started off not on the show this season after objections from the other cast members, it seems that after this she must really be done with Teen Mom, but only time will tell what consequences she will face for attacking the producer as she did.

Check out a portion of her rant below!