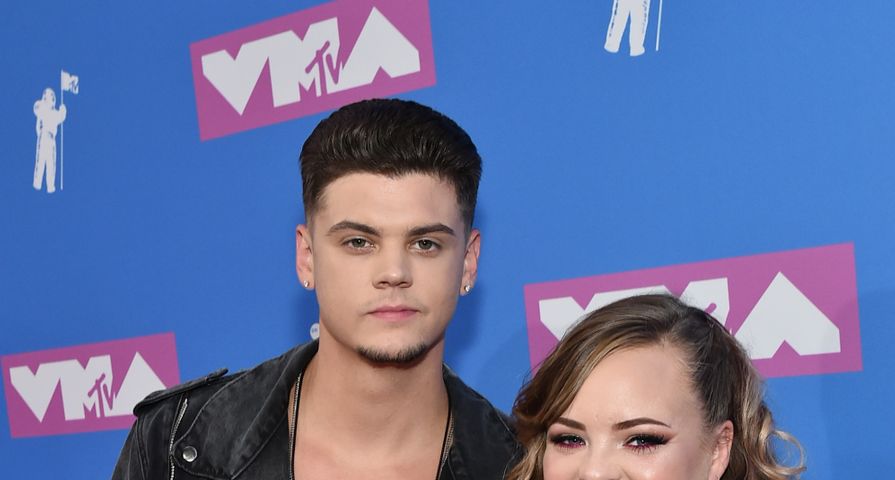 As a new season of Teen Mom OG gets underway fans saw in the premiere as Tyler Baltierra went to visit his father Butch after he completed rehab and worried about his father’s marijuana use.

Now, Tyler has revealed that Butch has relapsed during a chat with Teen Mom 2‘s Kailyn Lowry and her Coffee Convos podcast cohost Lindsie Chrisley. “My dad, he’s relapsed,” Tyler told the two.

“He’s in the middle of relapse right now. So that’s the reality of that situation,” Tyler continued about his father who has struggled with drug addiction for years. He also revealed that Butch did film some of his scenes for the current season of Teen Mom OG before the relapse, adding, “So right now, now we go back to square one of this whole relapse thing and kind of ride this train out and see what happens.”

Although Butch did relapse, Tyler was happy to share that his sister Amber has stayed diligent in her sobriety and recently received her one-year sobriety chip.

Back in January, Tyler shared a post on Instagram about how well both Butch and Amber were doing then. “Writing this with tears in my eyes because words can’t express the amount of peace & joy I feel in my heart. After seeing these two at their lowest & now seeing them sober & steadily climbing, I just can’t say enough how proud I am of both of them!” he wrote in the caption.

“I am a firm believer that the power of unconditional love in a family can truly transform the dynamic & I’m just so happy to call these two my family,” he added. “I love you both SO MUCH & I’m SO PROUD OF YOU!!! @xoambularxo @baltierramtv.”