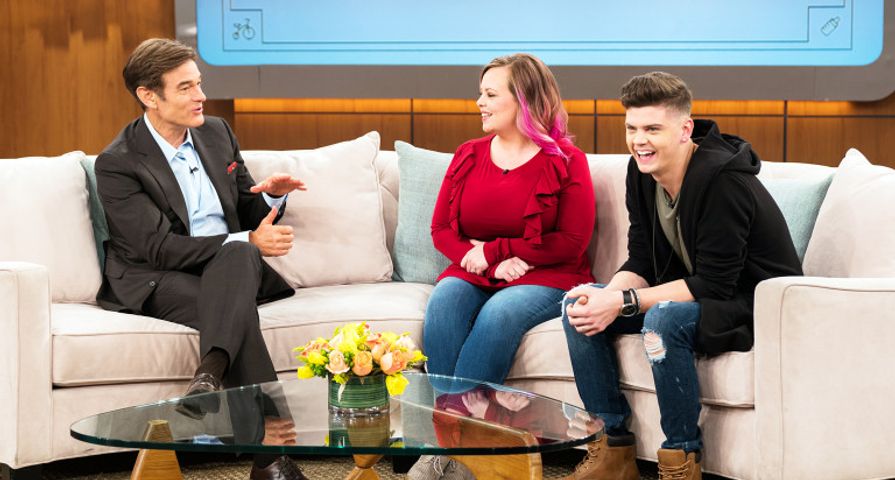 Teen Mom OG‘s Catelynn and Tyler Baltierra have always been one of the most straight-forward and honest people on the show when it comes to anything they are asked and anything in their life and on the Thursday, July 12 episode of Dr. Oz the couple were as candid as ever.

The Teen Mom stars sat down with the celebrity doctor to discuss their relationship, their struggles with mental health and of course their Teen Mom fame. Of course one of the biggest storylines from the show’s last season was the exit of longtime star Farrah Abraham because of her career in the entertainment industry. “I think if it’s going against what MTV believes in and that’s what they feel like they had to do, then that’s what they feel like they have to do,” Catelynn explained when an audience member asked about the firing. “We have no choice in it or are a part of it.”

The couple of more than a decade also said they were proud of the way the production team handled the situation, “We actually have a lot of respect and admiration for the way that our production company went and handled it. They kind of made a stand with a voice and it was a good way to get it heard,” Tyler said.

Catelynn and Tyler’s full interview with Dr. Oz will air on Thursday, July 12.