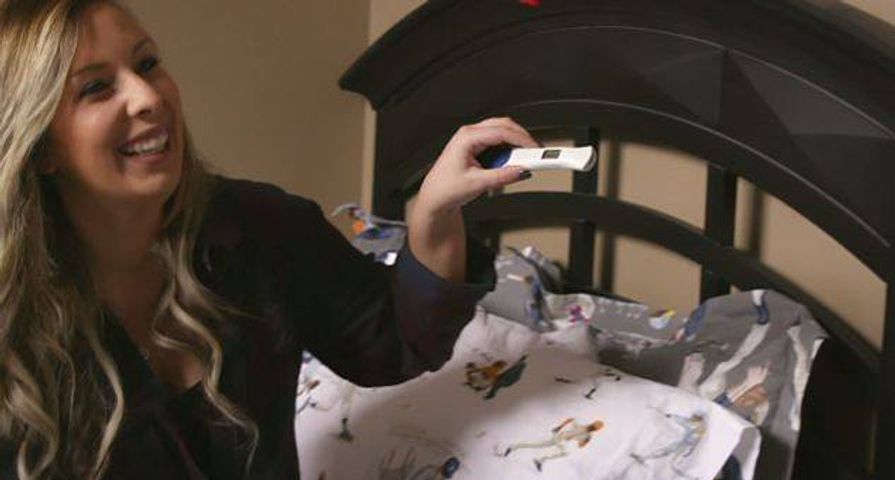 It seems baby fever has certainly hit the Teen Mom OG group again, and once again babies were the hot topic of the Monday, April 2, episode “Time Will Tell.”

With Farrah Abraham no longer appearing, more and more camera time has been spent on Ryan Edwards and his wife Mackenzie and after she informed him that she was no longer taking her birth control, it didn’t take long for Mackenzie to become pregnant. When she revealed the big news to her friend, Mackenzie said that when she told Ryan he was “so excited he couldn’t contain himself.” When the cameras were rolling however and the pair were talking about their baby’s future, and what they needed to do to prepare, Ryan said, “Yeah, call me when he’s about three.” Naturally, Mackenzie didn’t find it funny and said, “That’s a d–k thing to say.”

As Ryan and Mackzenzie prepared for their new baby, Maci and Taylor took steps towards their dreams of adopting. As Bentley told them he wanted a new sibling, Maci admitted the thought of pregnancy scares her since her miscarriage last year, so the pair met with an adoption agency to find out more. The couple revealed at the agency that they didn’t want to adopt a baby or toddler, but an older child who needed a stable and loving home. While their initial plan was to adopt in the next five years, they both realized through their visit that they wanted to expand their family sooner and decided on the next two to three years.

Meanwhile, Catelynn finished up her last week in treatment and Tyler and his sister, Amber, headed off to Butch’s treatment facility to visit him. The visit was extremely emotional as Butch shared his journals and said that writing had been helping him feel much better. “It’s a wonderful feeling. It’s something I’ve never felt before,” Butch told his kids through tears, thanking them. “I couldn’t be more grateful for anything in my life or anyone … this is only the beginning.”

Lastly, pregnant Amber Portwood was busy trying to help her cousin Krystal with the issues in her life. She gave Krystal advice about co-parenting after Krystal’s ex refused to change the brakes on her minivan which he had refused to do because he has a new girlfriend and didn’t want her to know they were talking every day for the last 3 months. Amber told Krystal to move on with her life and not get involved with her ex romantically anymore.