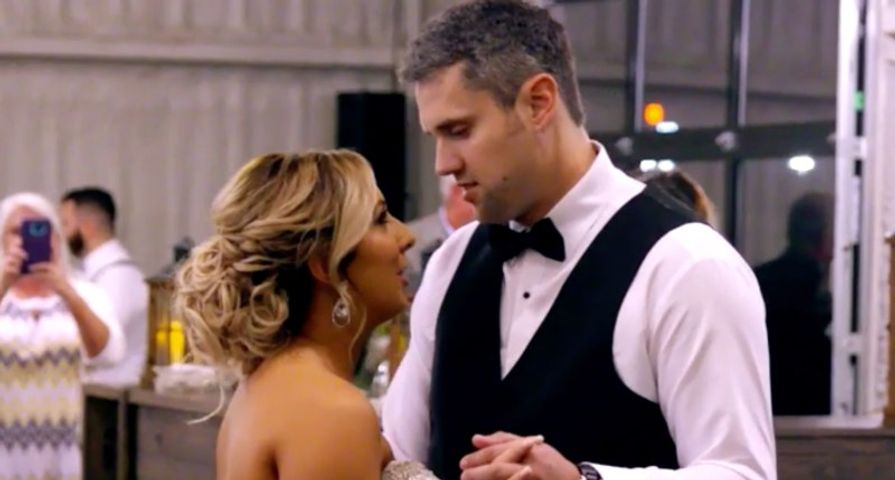 It wasn’t an easy road for Ryan Edwards and Mackenzie Standifer to get the wedding they dreamed of, but on the Monday, February 19 episode of Teen Mom OG, it finally happened. Of course, nothing can go completely smoothly and there was some drama, particularly with Ryan’s drinking. Check out a full recap of the episode “Something Blue.”

With Ryan and Mackenzie’s wedding being the focal point of the episode, the drama started early — as did Ryan’s drinking. Despite going to rehab for drugs, Ryan seemingly didn’t see the problem in drinking and when his groomsmen asked him about slowing it down so he could prepare his vows, Ryan responded, “I don’t care, it’s not like it’s got to be perfect.” In the end, his vows were short and sweet as he promised to always love Mackenzie and be her best friend, but was a little embarrassed when she pulled out a full page of a prepared speech for her vows. Later, Ryan admitted to his wife that he was drunk, but she didn’t let it bother her as she joined in doing shots. Also, despite any tension between them, Maci and Taylor happily attended Ryan and Mackenzie’s big day.

Meanwhile, with Ryan out of rehab and moving on, Tyler was dealing with finally sending his dad Butch to rehab. If the moment wasn’t emotional enough, Tyler revealed that after telling the program and the bank about their situation, someone put up the money for Butch’s treatment, which Tyler previously revealed would cost $48,000 for 90 days. Now, the anonymous donor paid for the entire cost which made Butch cry. Tyler stayed with his dad during his first day as he got settled and did paperwork, and when the head of the treatment center said to Tyler it had probably been a while since he had truly met his dad, Tyler responded, “I don’t think I’ve ever met him.”

Amber Portwood was also moving forward into an exciting new stage of her life as she and her boyfriend attended an appointment to find out the sex of their baby. After the doctor asked if Amber’s daughter Leah was excited about getting a new baby brother or sister, Amber admitted Leah said she wanted a baby brother. After some maneuvering to get a good view of the baby in the ultrasound, the doctor proudly confirmed to Amber and Andrew, “That is for sure a boy.” “That is a boy, a very little stubborn baby boy. Super stubborn,” the doctor said. Andrew responded, “[He] gets it from his mom. I have three sisters so I thought it would be a girl for some reason. But this is great, this is fantastic.” Amber then decided to surprise Leah with the news she was getting a baby brother at her 9th birthday party. “Booboo, I have something to tell you,” she said. “I know what I’m having. I’m having a boy. So you’re going to have a little brother, your first little brother.” Leah responded with an enthusiastic “Yay!”

As always, Farrah’s storyline focused on her difficult relationship with her mother Debra, but the two put their differences aside to film an MTV special for Debra’s birthday. Ahead of the special, Debra spoke with a producer about how she stood by Farrah during her sex tape release and continued to do so as Farrah went further into the adult entertainment industry, and said in the end she wants Farrah to be at her wedding. To make things even better for Debra, Sophia finally told her she did want to be at her wedding as well. As for Farrah, she was excited about getting a vaginal rejuvenation which she had included in the episode and just when it seemed an episode was going to go by rather calmly for Farrah, she flipped out on a producer, yelling, “If you can’t get along with anyone or try to or get in my way of how I live my f—king life, then do not work with me … f—k you and your excuses.”