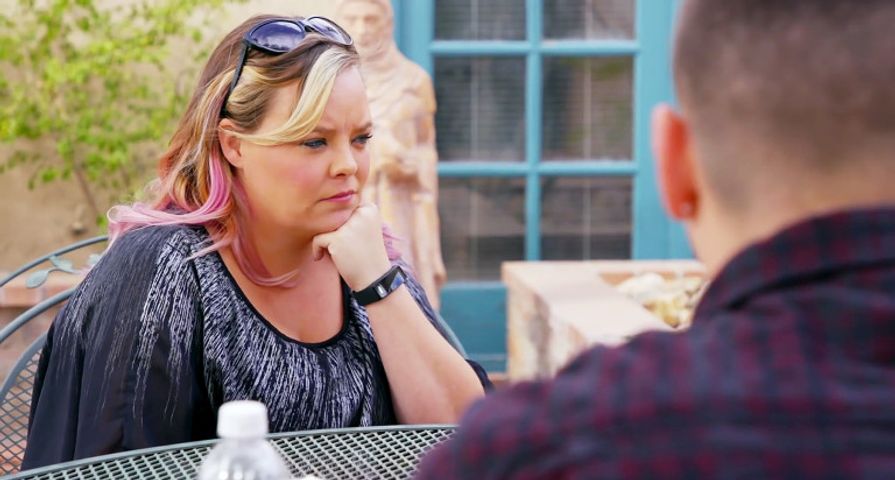 2017 was a particularly trying year for the stars of Teen Mom OG, and the Monday, March 26 episode of the series saw Maci Bookout fly to Arizona to support Catelynn who was finishing up her family week at her treatment center. Follow along for a full recap of “Friends In Need.”

After Maci flew out to Arizona to see her co-star and friend Catelynn who was in treatment for her mental health issues after contemplating suicide, Catelynn revealed to Maci the depression began after she had a miscarriage. Maci then revealed to Catelynn for the first time that she and her husband Taylor McKinney also suffered a miscarriage that year. “I didn’t tell Taylor for probably two months. I think I was just afraid — like, what he doesn’t know won’t hurt him,” Maci told Catelynn and her husband Tyler Baltierra. “Then I realized I couldn’t deal with it by myself. And I know that he would want to be there for me.”

Catelynn and Maci discussed their experiences and Maci offered as much support and advice she could after going through a similar situation. Tyler also said he felt better talking to Maci about it because he had been going through so much between Catelynn losing the baby and heading into treatment only one day after Tyler sent his father Butch off to rehab.

Meanwhile, Amber Portwood and her ex Gary Shirley began feuding once again. In the episode, Amber had heard that Gary and his wife Kristina Anderson had been bashing her parenting and being absent while on camera. Amber then called Gary to confront him in a conversation that was not filmed. Gary then opened up to Kristina saying he didn’t mean to bash Amber and understood needing a “break” after her split from Matt Baier, but explained that isn’t the way being a parent works. “I can’t take a break. Millions of parents can’t take a break because they had a bad day at work or because they got a divorce,” he said. He added that for once he just wanted Amber to admit she was in the wrong and take responsibility.

After the episode aired, Gary took to his Twitter to share, “@AmberLPortwood I know we have overcome a lot since tonights episode was filmed however, I feel horrible For the things I’ve said in tonights episode & probably next weeks as well. I’m sorry & I want to continue to strengthen the co-parenting relationship we have. Plz forgive me.” He continued, “@AmberLPortwood You’re my baby Mama & even if I’m given a reason to be upset with you I should still respect you. I’m not perfect and I never will be. I want your time with baby James to be precious and I don’t wanna bring you down from this joyful time in your life. Again sorry.

Amber replied to Gary with, “All we can do is move forward and focus on the good in our family and the relationship we have today. No matter what struggles we go through we can work it out. Thank you for the apology #TeenMomOG.”