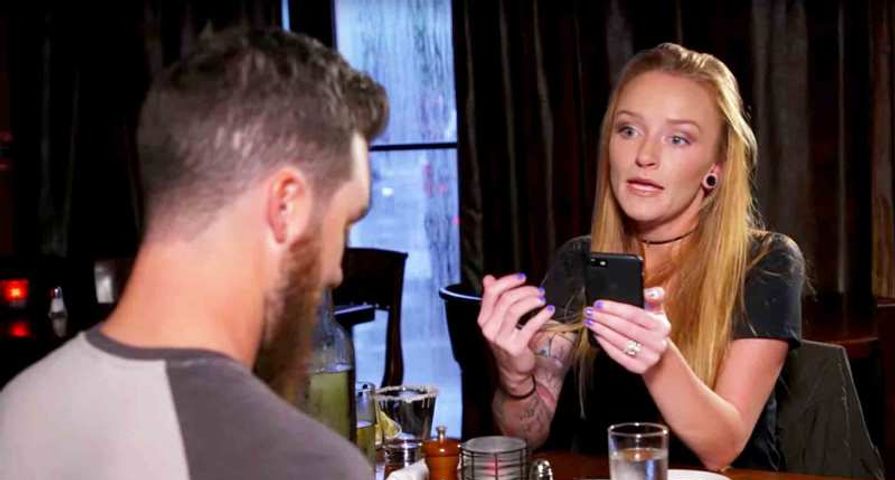 Growing families, engagements and bombshells rocked the most recent episode of Teen Mom OG on Monday, January 22! With Amber Portwood opening up about her pregnancy, Maci opened up about a tragic miscarriage, as stress gets to Tyler, and Farrah’s dad finally gets engaged, making for a big episode. Follow along for a full recap of “Let’s Try Again.”

In last week’s episode, audiences saw Amber and Andrew’s romantic trip to Hawaii get a little sidetracked when Amber took a pregnancy test which came back…positive! Although they were only three months into their relationship at the time, Amber revealed that neither one of them were that surprised by the pregnancy because she had stopped taking birth control. When one of the MTV producers, Dia, was shocked by the news and said it was “speedy,” Amber simply responded, “Well, you know I can’t do anything right.” Meanwhile, Andrew told a separate MTV crew member, “I never wanted a relationship, never saw it coming. When we met [on Marriage Boot Camp], we spoke once or twice, it was so casual. I think it was gravitational because there was no effort, it just happened.” He continued, “Don’t get me wrong, on the inside I’m slightly terrified. At the same time, I have to accept it because I know that it feels so right.” Amber also revealed that she had gone “completely off” her bipolar medication because she doesn’t need them because of how uplifting Andrew is.

Although another baby had been the focus of Catelynn and Tyler in previous episodes with Catelynn getting her birth control taken out, it was all about their clothing line in this episode and the mounting stress on Tyler. He opened up to his mom about not being able to sleep and even questioned whether he needed to go to a treatment center and revealed he had low self-esteem, all of which was taking a toll on him.

As seen by a sneak peek before the episode aired, this episode also included a big bombshell from Maci and Taylor where the couple revealed they wanted to expand their family and had actually suffered a miscarriage previously. As the two discussed whether they should have another baby naturally or adopt a child in the age range of 4 to 6, the news came out and Taylor immediately became uncomfortable and left the table. As Maci explained to a producer about the miscarriage of a baby girl they had named Dandelion or Dandy, Taylor came back and said he didn’t want to talk about it because they hadn’t even told their families, but Maci said it was important for viewers to see them have an open and honest conversation about it.

Then, of course, Farrah, her dad, her mother, her father’s girlfriend and Sophie were still on their awkward family trip to Italy. After some help in the planning by Farrah, Michael finally proposed to Amy inside the Emerald Grotto with a romantic poem. Afterward, Debra even gave them a gift and they all went out to eat together with Farrah stating once again how better things were when Debra’s fiance David wasn’t around.