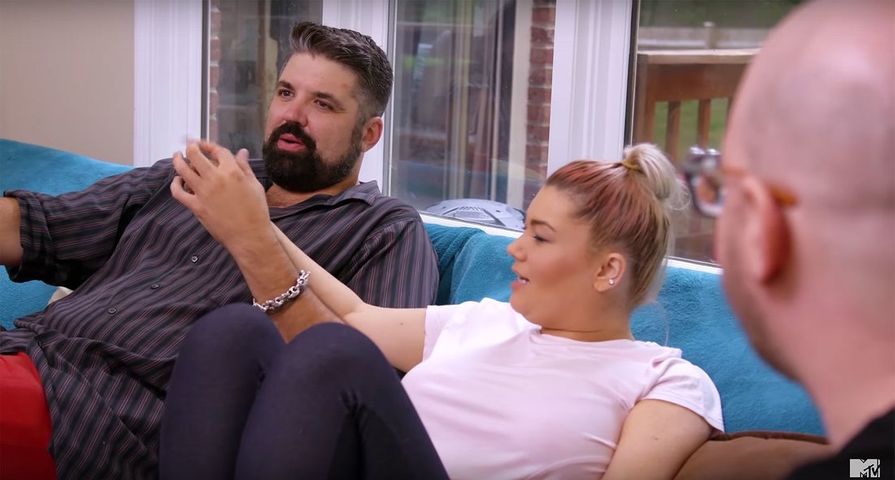 The latest episode of Teen Mom OG takes quite the jump from the previous episode! After fans watched as Amber debated whether she was really over Matt or not, the January 1st episode saw Amber not only move on but introduce her new boyfriend to to the show. Follow along for a full recap of the episode “What a Ride.”

After Farrah had made the decision to try to reconcile with her mother Debra at least for the sake of Sophia’s relationship with her grandmother, things didn’t go as smoothly as she would have hoped with Sophia having little interest in her grandma. Sophia made it clear that she wasn’t exactly thrilled to go to Omaha to see Debra and certainly did not to hear about her wedding to David. Meanwhile, Farrah reiterated to her mother how much she didn’t like her fiance David, calling him “narrow-minded and horrible.”

As for Catelynn and Tyler Baltierra, the episode picked up with the two visiting their daughter Carly for the first time in two years, and while Carly’s adoptive parents wouldn’t allow filming of the visit, they shared photos and Tyler revealed that Catelynn wouldn’t stop crying. Catelynn added that Carly clearly missed them and wanted to ride in their car with them and Nova, but her adoptive parents said no.

The biggest part of the episode was Amber Portwood’s new boyfriend, and new baby daddy, Andrew Glennon made his debut on the show. “There’s a person that I’ve been talking to a little bit. We met … in a weird way, I guess,” Portwood told an MTV producer. “He’s coming out for a few days just to hang out and get to know each other.”

Glennon explained that after getting to know Amber as part of the crew of Marriage Boot Camp which she attended with Matt, he would try to be in the same room with her to learn more.  Although Amber seemed to be getting better after her breakup with Matt which left her depressed, things were tense between Amber and Gary as she had not seen their daughter Leah in quite some time and Gary was fed up with her being a “come-and-go kind of mom.” Amber explained to Gary that she had been depressed and didn’t want Leah seeing her like that, and revealed that Matt had been threatening to kill himself. While Gary tried to be sympathetic he also revealed Amber owed him more than $9000 in child support, which she said she would start paying back in the next week.

Meanwhile, although Maci and Ryan were still battling over Ryan seeing Bentley, Maci blew off steam by going skydiving for her birthday. Mackenzie wanted to take engagement photos with Ryan but it took her some time to convince him to get up and get dressed, and something definitely seemed off with Ryan, making many wonder if he had completely kicked his drug problem.