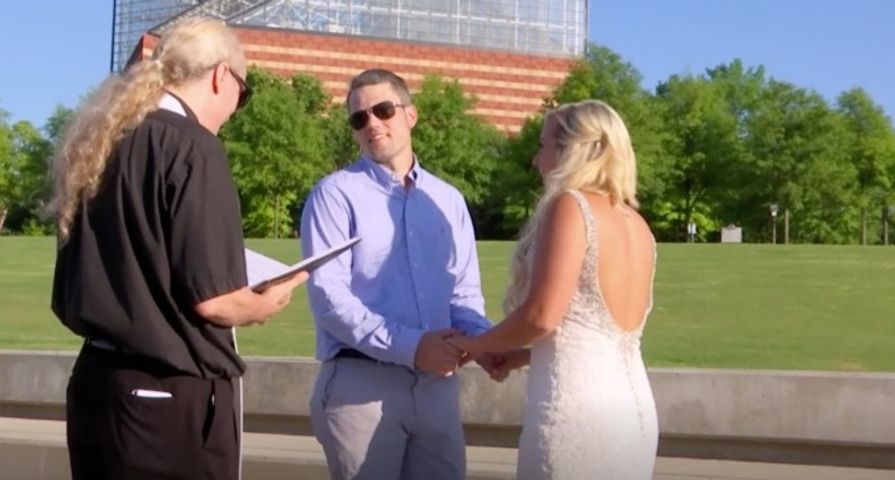 A sneak peek for the highly anticipated Teen Mom: OG finale has been released and it includes exclusive clips of Ryan Edwards and Mackenzie Standifer’s wedding.

In the episode planned to air Monday June 26, Edwards appears to be comforting his mother who is disappointed that Edwards’ son Bentley is not in attendance at the wedding. Edwards is shown reassuring his mother’s doubts about the intimate wedding by stating, “It don’t matter if there are 100 people or two people. It just matters as long as we love each other.”

Edwards also addresses Bentley’s absence to his father by stating, “I don’t think we’re [going to tell Bentley], If he does find out, we’re gonna sit him down.”

It was previously revealed that Ryan and Mackenzie rushed their marriage before Ryan checked himself into a treatment facility for substance abuse. Ryan’s ex Maci Bookout and mother of his 8-year-old son, Bentley, revealed Edwards’ issues in a previous episode. Bookout is shown seeking the help of a counselor for advice on a course of action for treating Edwards’ addiction.

Teen Mom: OG costar Amber Portwood has revealed to Us Weekly that Ryan is doing well in rehab and is on the path to recovery. “Ryan’s doing great now,” Portwood shared. “He has a lot of support.”